Days Suitable for Fieldwork in Missouri

The number of days available to complete land-based agricultural activities influences decisions about inputs, such as variety/hybrid planted and pesticide used, and machinery. The limited fieldwork days available for completing crucial tasks — such as tillage, planting and harvest — require careful management.

From 1977 to 2017, the United States Department of Agriculture (USDA) National Agricultural Statistics Service (NASS) reported the number of days each week that soil and moisture conditions were suitable for fieldwork. These data start around the first week of April. This start date leaves a gap in fieldwork days data when important field operations such as fertilizer application and early corn planting occur. 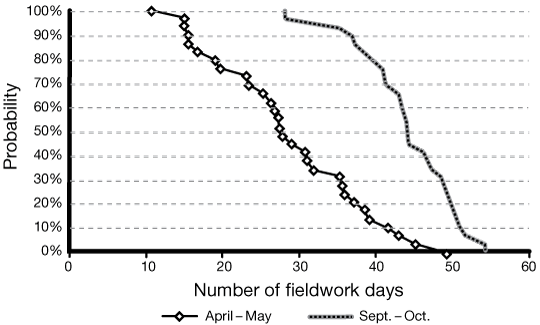 Figure 1. Probability of weather favoring completion of fieldwork in Missouri within a specified number of days during an April–May period and a September–October period.

Figure 1 shows the distribution of fieldwork days for the periods of April–May and September–October. Use the graph by selecting the number of days that you would like to have available for fieldwork. Draw a straight line up. When your line intersects either the April–May or September–October plots, draw a straight line left to the axis labeled “Probability.” The result is the percentage of time that you could expect the desired number of fieldwork days to be available. For example, 35 fieldwork days or more occur about 30 percent of the time during the April–May period. This means that 70 percent of the time less than 35 fieldwork days are available.

Table 1 summarizes the average number of weekly fieldwork days from 1977 to 2015 in each of the nine NASS regional reporting districts. The actual number of suitable fieldwork days varies considerably from year to year. Estimates are for seven-day workweeks. If fieldwork will not be done every day of the week, adjust the data by multiplying by the fraction of the week that will be worked, such as 6/7 or 0.857 for a six-day workweek. Figure 2 identifies the grouping of counties for each Missouri district. Figure 3 shows the weekly averages for each district with a trend line to smooth out the weekly variability.

Table 1. Average number of days per week for fieldwork in Missouri. 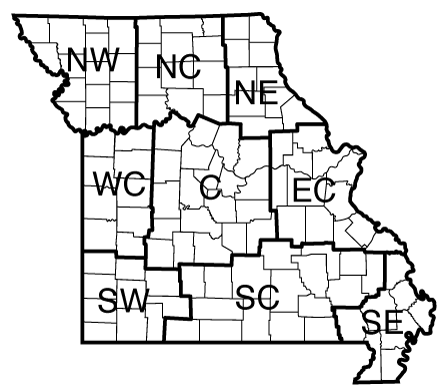 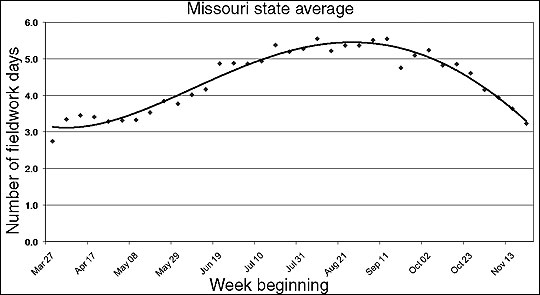 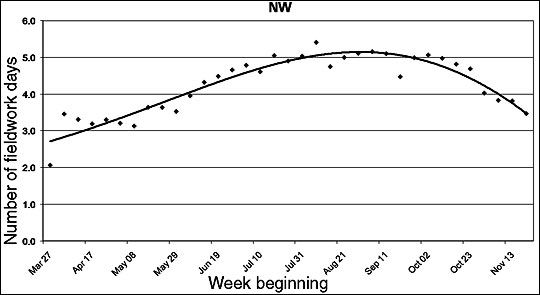 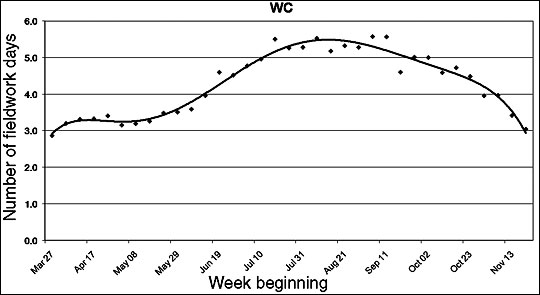 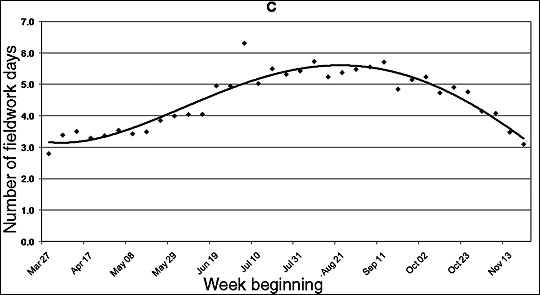 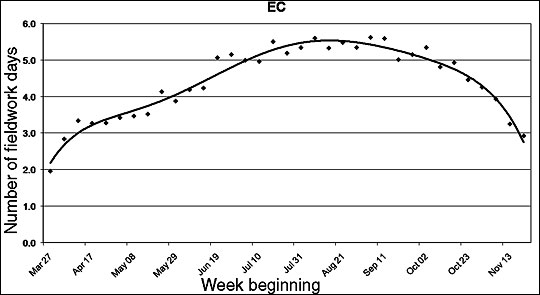 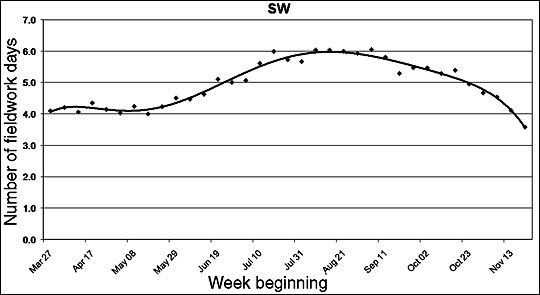 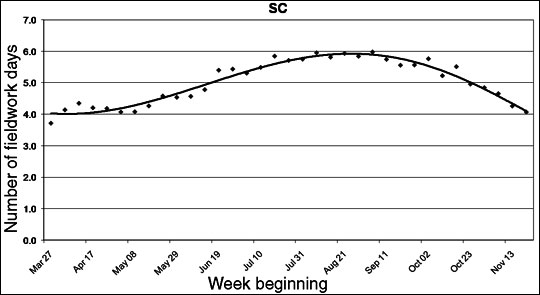 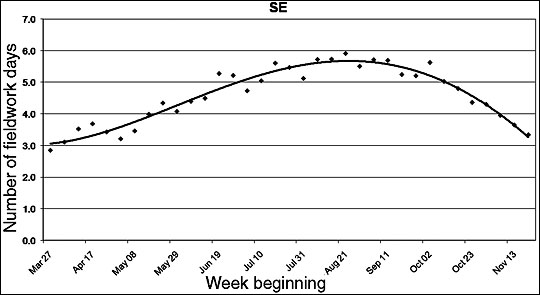 Figure 3. Average number of days per week suitable for fieldwork in Missouri, by NASS reporting districts.

After you have found the average number of days that you can expect to be able to perform fieldwork, the minimum necessary daily machinery capacity can be computed. The formulas for this computation are:

Because these data are annual averages, the above example implicitly assumes a completion rate of about 50 percent. This means that in about half the years, less than 1,000 acres will be planted in the two-week period when planting at 11.7 acres an hour. This level of risk may not be acceptable to all operators.

An online interactive tool called Corn Split Nitrogen is accessible from the Decision Dashboard section of the Useful to Usable (U2U) project’s website. This tool combines the fieldwork days data with a corn growth model and weather information to estimate the probability of successfully implementing a post-planting nitrogen application for corn production.