Identify tree as a walnut

TCD only affects walnut species. In Missouri, that means eastern black walnut and butternut. At first glance, trees such as pecan, tree-of-heaven, goldenraintree and black locust can be mistaken for a black walnut tree. So, to begin, make sure your tree is a walnut. To identify a walnut tree, look for the following: 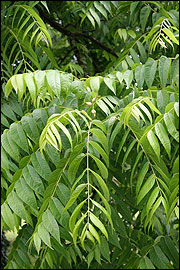 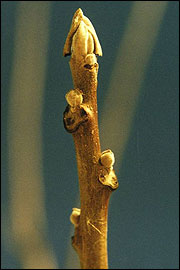 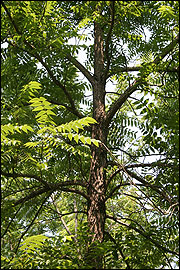 Symptoms are not visible until several years after initial attack by walnut twig beetles and might appear on several trees in an area. 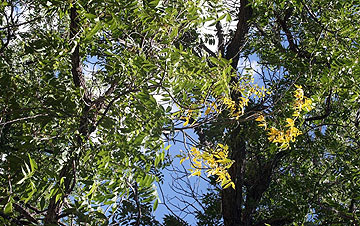 Early symptoms include mid-summer yellowing and wilting of foliage high in the crown. The limbs usually die back from the top downward. (Photo by Whitney Cranshaw, Colorado State University, bugwood.org.) 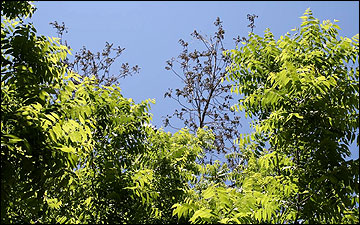 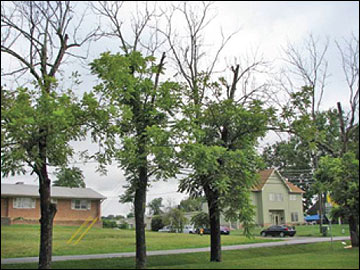 New sprouts might grow from roots or trunk below dead limbs. (Photo by Diane Warwick, Tennessee Division of Forestry.) 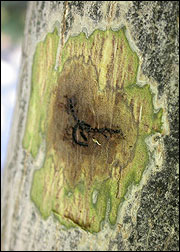 Removing bark from dying limbs 1 to 2 inches in diameter exposes dark brown cankers (areas of discolored tissue) around walnut twig beetle about the width of a pencil lead. Cutting more deeply into the wood of the tree removes evidence of cankers and beetle tunnels. (Photo by Ned Tisserat, Colorado State University, bugwood.org.) 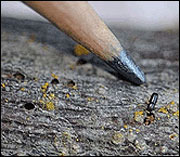 Walnut twig beetles are smaller than a grain of rice and difficult to find. (Photo by Kathy Keatley Garvey, University of California – Davis.) 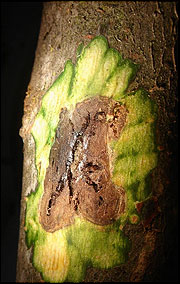 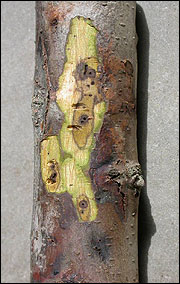 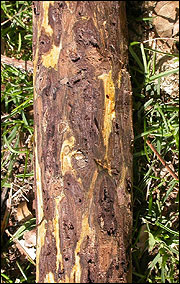 Thousand cankers disease gets its name from the multitude of cankers created by the repeated boring of a walnut twig beetle carrying the fungal spores. Although an individual canker is small in size, the sheer number of cankers overlap one another, and kill the tissues responsible for transporting water and food throughout the tree. (Photos by Curtis Utley and Ned Tisserat, Colorado State University, bugwood.org.) 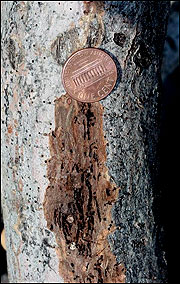 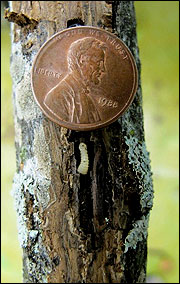 In addition, Missouri black walnut trees are occasionally affected by several other diseases and insects, especially on poor sites exposed to the severe 2012 drought.