Reproductive Anatomy and Physiology of the Bull 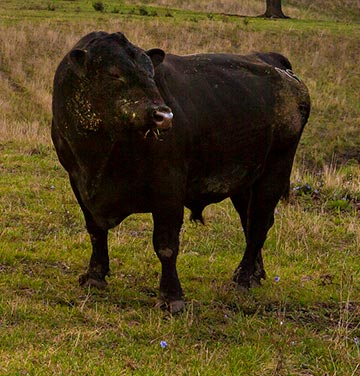 Figure 1. A bull at the University of Missouri Thompson Research Center, near Spickard, Missouri.

Good reproductive performance of a bull (Figure 1) is necessary to obtain a high percent calf crop when natural service is used for breeding. A bull must be fertile, capable and willing to mate a large number of cows during a short breeding season for optimum production. A basic knowledge of the reproductive tract is beneficial for improved management. An understanding of the bull’s reproductive system will also help the producer better understand breeding soundness examinations, reproductive problems and breeding impairments.

The reproductive tract of the bull consists of the testicles, secondary sex organs, and three accessory sex glands. These organs work in concert for formation, maturation and transport of spermatozoa, which are eventually deposited in the female reproductive tract. The secondary sex organs are the epididymis, vas deferens and penis. The three accessory sex glands include the seminal vesicles, prostate and bulbourethral gland (Cowper’s gland). This basic anatomy is illustrated in Figure 2. 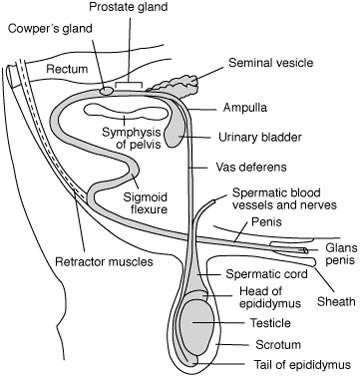 Figure 2. Drawing of the reproductive tract of the bull (from Nebraska Guide G80-536).

The testicle is located outside the body cavity in the scrotum and has two vital functions: producing the spermatozoa, and producing the male hormone, testosterone. Location of the testicles exterior to the body cavity is essential for normal sperm formation, which occurs only at 4 degrees to 5 degrees below body temperature. The scrotum provides physical protection to the testicle and helps regulate the temperature for optimum spermatozoa development. This regulation is done by coordination of three structures: a temperature-sensitive layer of muscle (tunica dartos) located in the walls of the scrotum, which relaxes when hot and contracts when cold; the external cremaster muscle within the spermatic cord, which controls the proximity of the testicle to the body by lengthening or shortening depending on environmental temperature; and a counter-current temperature exchange regulated by a blood flow process known as the pampiniform plexus, which is a coil of testicular veins that provide an effective mechanism for cooling arterial blood entering the testicle and transferring its heat to the venous blood leaving the testicle.

One or both testicles occasionally fail to descend into the scrotum during embryological development and are retained in the body cavity. This condition is known as chryptorchidism. Hormone production by chryptorchid males is near normal and the male develops and behaves like a normal male, but will generally be subfertile. This condition is genetically inherited, therefore such males should not be used for breeding.

The epididymis serves as an outlet for all the sperm produced in the testicle and any blockage of this tube will cause sterility. Temporary blockage due to swelling following an injury or infection (epididymitis) will result in short-term infertility. If the swelling or infection results in formation of scar tissue in the tubule, it may permanently block the passage of sperm. If blockage occurs in both epididymides, the bull will no longer be useful as a breeder. Surgical removal of the tail of the epididymis (epididectomy) is frequently used as a means of sterilization for teaser (Gomer) bulls for estrus detection. Epididectomized bulls will still service cows in the usual manner, but will not deposit sperm in the female reproductive tract.

The vas deferens, also known as ductus deferens, emerges from the tail of the epididymis as a straight tubule and passes as part of the spermatic cord through the inguinal ring into the body cavity. Spermatozoa are transported further along the reproductive tract to the pelvic region through the vas deferens by contraction of the smooth muscle tissue surrounding this tubule during ejaculation. Bulls may also be sterilized by a vasectomy in which a section of the vas deferens is removed so that sperm cannot pass to the outside of the body.

The two vas deferens eventually unite into a single tube, the urethra, which is the channel passing through the penis. The urethra in the male serves as a common passageway for semen from the reproductive tract and urine from the urinary tract.

Two of the accessory glands are found in the general region where the vas deferens unite to become the urethra. Secretions from these glands make up most of the liquid portion of the semen. In addition, the secretions activate the sperm to become motile. The seminal vesicles consist of two lobes about 4 to 5 inches long, each connected to the urethra by a duct. The prostate gland is located at the neck of the urinary bladder where it empties into the urethra. The prostate is relatively small in the bull, as compared to other species, and does not produce a very large volume secretion.

The third accessory gland, the Cowper’s glands, are small, firm glands located on either side of the urethra. The clear secretion that often drips from the penis during sexual excitement prior to service is largely produced by these glands and serves to flush and cleanse the urethra of any urine residue that may be harmful to spermatozoa.

One of the accessory glands may occasionally become infected, resulting in semen samples that are yellow and cloudy and which contain puss cells. It is not uncommon in bulls for the seminal vesicles to be so affected (seminal vesiculitis). Antibiotic treatment is sometimes necessary, but time will generally correct the problem.

The sigmoid flexure is an anatomical structure that provides a means by which the penis is held inside the sheath except during time of service. Strong retractor muscles hold the penis in the “S” shaped configuration. Occasionally these muscles are too weak to function properly and a portion of the penis and sheath lining protrude at all times. This exposes the male to the danger of injury and this characteristic should be avoided when selecting a herd bull. 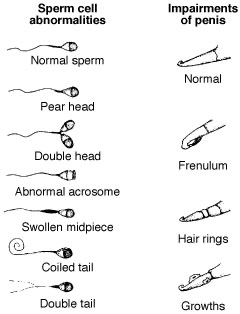 The normal functions of male reproduction are largely controlled by hormones that are secreted from the endocrine glands. The testicle functions as an endocrine gland because of its production of the male hormone, testosterone, by the intersticial cells. Testosterone has several major functions:

The testicle is, in turn, under the influence of hormones produced by other glands in the body. The same gonadotropic hormones that regulate ovarian functions in the cow also regulate testicular functions in the bull. Luteinizing hormone (LH) and follicle stimulating hormone (FSH) appear to be misnamed as pertaining to male reproduction, yet carry out several important male functions.

LH and FSH are released from the pituitary gland and cause the testicle to secrete testosterone, which then acts on the germ cell lining of the seminiferous tubules to stimulate formation of primordial sperm cells. The maturation of spermatids into fully developed sperm cells requires the presence of FSH. Normal functioning of the male accessory glands requires testosterone.

Not only is hormone production of the testicle regulated by hormones released by the anterior pituitary, but the reverse is also true. The level of testosterone in the blood regulates the secretion of gonadotropic hormones from the anterior pituitary via a feedback system. A proper balance of all hormones is vital to successful reproductive functions.

The penis should be examined during electro-ejaculation or natural mating, in an erected, extended state. Figure 2 illustrates possible abnormalities of the penis. Potential problems of the penis may include hair rings, which restrict circulation, a persistent frenulum or adhesion, lacerations, growths, scar tissue, deviations, or a urethral fistula. Next the scrotum and testes should be palpated. The scrotum should be pendulous but well supported. The testes should be firm and uniform in size and shape. The internal sex organs should be palpated rectally to ensure proper development and size. Good vision and sound feet and legs should also be considered when evaluating a bull’s physical abilities to breed.

Scrotal circumference gives an indication of a bull’s ability to produce sperm and is related to younger age at puberty. Breeds differ somewhat as to scrotal circumference, but 32 centimeters is generally accepted as the minimum size for yearling bulls to be sound breeds.

Breeding soundness examinations presently do not include an evaluation of a bull’s sexual drive or libido. Libido testing is time consuming and requires use of females in estrus and therefore is difficult to conduct on a large scale. Procedures are being investigated to better evaluate the willingness and desire of bulls to mate.

Portions of this guide were adapted from Nebguide G80-536, by G.H. Deutscher, Extension Beef Specialist, University of Nebraska.