In 1976 when Missouri had the American Revolution Bicentennial, Governor Christopher Bond indicated that agriculture should play a prominent role in Missouri's Bicentennial celebration since agriculture was the state's number one industry. Therefore, the Missouri Committee for Agriculture felt that the best way to plan involvement and carry out successful Bicentennial activities was at the local level. Plans were made to form county agricultural emphasis Bicentennial committees.

In January 1975, area extension specialists designated as the "agriculturalists" were mailed the procedures for organizing county agricultural emphasis committees. The procedure called for the "agriculturalist" to meet with a nominating committee consisting of members of county farm organizations and appoint a county agricultural emphasis committee. The purpose of the county committees was "To give leadership in seeing that agriculture has its appropriate place in American Revolution Bicentennial historical, festival and horizon activities. Agriculture should be an important part of overall ARB activities." 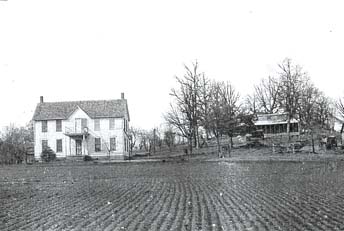 On June 1, 1975 the Missouri Committee for Agriculture-ARB hired Ms. Jerri Sloan, a University agriculture journalism graduate to assume full-time responsibilities as the committee secretary which was housed with the agriculture editors on the University of Missouri-Columbia campus. Agricultural editor at the time, Dick Lee, devoted much time and support to the committee's efforts.

The Centennial Farm project awarded certificates to persons owning farms that had been in the same family for 100 years or more. A total of 2,850 Missouri farm owners in 105 of Missouri's 114 counties were recognized as Centennial Farm owners.

Interest in the program continued after 1976. Several Missouri farm owners asked about having their farms recognized, so the University of Missouri College of Agriculture, Food and Natural Resources (CAFNR) and University of Missouri Extension planned a 10-year update in 1986 called the "Century Farm" program. During this update, 1,080 farms were recognized.

Long-term family farm owners who were not able to take part in the 1976 or 1986 events still wanted recognition, so CAFNR and MU Extension planned for annual updates. The program has continued with about 200 farms being recognized each year.

See complete list below of all Century Farms that have been recognized through 2022.