Landowners with farms that have been in the same family for 100 years can be recognized with signs, a certificate and a booklet. Application period will reopen Feb. 1, 2023.

Learn more
Toggle Side Menu In this section 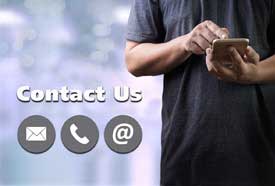 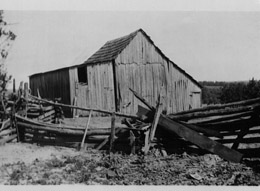 Barns, out buildings and even the fields nearby can tell us a lot about our past. Learn more about architectural surveys and other methods for keeping records of historic barns and farmsteads in Missouri.

Century farms and ranches have shaped our nation and state. In every kitchen, behind every barn door, and in every soiled and calloused hand lie stories of those who feed our nation. The Missouri Century Farm Program celebrates the lasting contributions farmers and ranchers have made to our country’s and state’s heritage.

In 1976, the Centennial Farm project was initiated in Missouri, awarding certificates to persons owning farms that had been in the same family for 100 years or more. Ten years later, the University of Missouri Extension and the MU College of Agriculture, Food and Natural Resources created the annual Century Farm program and recognition. The Missouri Farm Bureau joined as a co-sponsor in 2008. Since the program began in 1976, more than 8,000 Missouri farms have received the Century Farm designation. 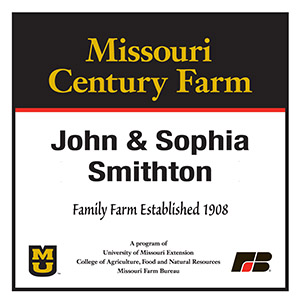 Thank you and congratulations to all the farm families who applied in 2022!

The next application period will open in February 2023.

Use Tab key to loop through the section below. Press Enter or Space to enter content for each tab button. Press Esc key to exit and to go to the next section at any time.

View all news & articles
Four Farms in Greene County Honored with Century Farm Status Sept. 13 Including One Founded in 1839

Four family farms in Greene County were honored with Century Farm status on Sept. 13 at the Greene County Farm Bureau Annual Meeting held at the Sac River Event Center west of Springfield. Farm owners were presented with an official fence sign and ...

If you have a Century Farm outside of Missouri, use this list to find a contact for applying in your state.

The Land Trust Alliance is a national land conservation organization. Use this tool to find land trusts in Missouri.

Interview with Kevin Casner, sixth generation farm owner of Casner Farm, about the history of the farm, how they continue to adapt and grow, and the MU Extension services that have helped along the way.

Among thousands of century farms in the state, only 30 have been in the same family for 200 years (Columbia Missourian article about Founding Farms).

Founding Farms in the news: Missouri honors 200-year-old family farms, even as some face uncertain future