Preparation and Handling of Catheters for Artificial Insemination of Cattle

Proper semen handling is essential in order to achieve maximum conception rates with artificial insemination (AI). Reduced conception rates can and will occur if semen is handled improperly before, during or after the thawing process.

A liquid nitrogen tank is a double-walled container in which two tanks are fused together with a fiberglass neck. A hinged lid covers the tank canister area and a foam cork fits in the tank neck. Stainless steel canisters hold the semen canes within the tank. Most liquid nitrogen tanks will have a numbered ring upon which the canister handles rest. At the bottom of the liquid nitrogen tank is a structure called the spider, which keeps the canisters in place when retrieving or replacing them. Semen is packaged in ½ or ¼ cc straws, generally with five straws per goblet and two goblets per cane for a total of ten straws per cane. The top of the cane is marked with a cane code to identify the bull and may also include the bull’s common name.

Maintain an up-to-date inventory of the semen in a liquid nitrogen tank. Knowing in which canister to look for a specific bull’s semen will allow for quick retrieval of straws when preparing catheters. This also helps to prevent repeated lifting and raising canisters for identification, which can cause damage to sperm cells if done improperly.

Retrieving units from the tank

To prevent premature loss of liquid nitrogen and fluctuations in temperature, the lid of the liquid nitrogen tank should be kept closed until straws are ready to be retrieved. 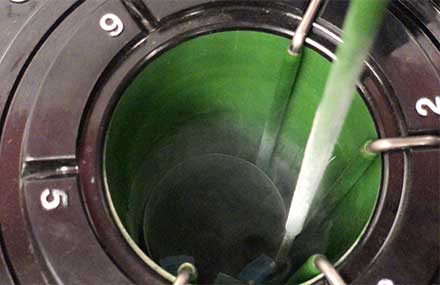 Figure 1. Raising a canister to just below the frost line in the neck of a liquid nitrogen tank.

To retrieve a straw, raise the canister until the cane tops are a few inches below the opening of the tank (Figure 1). The temperature of liquid nitrogen is -320 degrees F; however, there is a temperature gradient in the neck of the tank (Table 1). Damage to sperm occurs at temperatures as low as -110 degrees F. Damage to sperm will not be reversed even when returning frozen straws back into the liquid nitrogen immediately. Therefore, it is critical to not raise the straws above the frost line. The temperature drastically increases above the frost line, and raising straws above this point can cause damage to straws that are not intended for immediate use.

Table 1. Temperature gradient in the neck of a liquid nitrogen tank.

After identifying the cane needed, bend the identification tab to a 45-degree angle to allow for easier removal of units. If the canister is raised into the neck of the tank for more than eight seconds, lower the canister back into the tank to allow for it to cool again for 20–30 seconds before raising it again. This helps to prevent partial thawing of straws that are not intended for immediate use.

Remember, fingertips are a source of heat, so it is critical to only touch the straw or straws you will remove from the cane for thawing. It may be helpful to use forceps if removing only one straw for thawing or to avoid touching other straws. In addition, forceps can allow for retrieval of straws while keeping the cane further into the neck of the tank where the temperature is lower.

After retrieving the desired straw or straws, lower the cane immediately back into the canister. In order to avoid losing canes within the liquid nitrogen tank, make sure the canister is raised partially into the neck of the tank before releasing the cane.

Exact thawing procedures may be more or less critical based on the type of extender used in production of the units. However, as a general rule, straws should be thawed for a minimum of 45 seconds in 96 degrees F water. Clean water should be used in the thaw bath. Before retrieving a straw from the tank, use a thermometer or a thaw card thermometer to confirm the water in the thaw bath is at the correct temperature.

Straws can remain in the thaw bath for some time. However, it is recommended that semen be deposited into the cow or heifer within 10 minutes of thawing. Therefore, it is suggested to only thaw the number of straws that can be used within that time.

Multiple straws may be thawed at once, but attention to detail is critical if thawing multiple straws in the same thaw bath. First, it is critical to keep straws identified within the thaw bath in order to avoid confusion, especially if using straws from multiple bulls. Second, straws should not be allowed to stick together in the thaw bath during thawing, as this results in uneven or incomplete thawing of straws. Use caution as to the number of frozen straws placed into the unit at any one time. Each straw is essentially a small ice cube that results in a slight temporary cooling of the water in the thaw bath. In general, it is recommended to thaw no more than three straws in a single thaw bath at any one time. Consider using multiple thaw baths to keep up with a rapid AI process, or to avoid confusion if using multiple bulls. 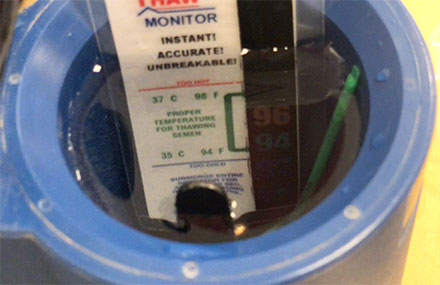 Figure 2. Thawing a straw of semen in an electronic thaw bath. Note that the thaw card thermometer indicates a temperature of 96 degrees for the water in the thaw bath.

Video: Preparing and Handling Catheters for Artificial Insemination of Cattle

Proper straw handling is essential in order to achieve maximum conception rates with artificial insemination in beef cattle. Reduced conception rates can occur if straws are handled improperly before, during or after the thawing process. Carson Andersen gives a fast-paced but thorough overview of everything you need to know about preparing and handling catheters for AI, with a close-up view of the whole process. Check it out!

When handling semen, it is important to keep the workspace and equipment free of any potential contaminants that can be damaging to sperm. Keep the sheaths and AI catheters in a place that avoids contamination from dirt, dust, or manure until it is time to use them. 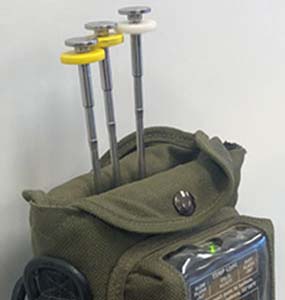 Figure 3. Catheters in a warmer prior to being prepared.

When inserting a straw into an AI catheter, work in a sheltered area out of direct sunlight. Work quickly to avoid exposing the straw to temperature swings.

Once the catheter is prepared, continue to maintain thermal protection for the prepared catheter. Remember, it is recommended that semen is deposited into a cow or heifer within 10 minutes of thawing, so be sure that the animal is already positioned for AI and work efficiently when a loaded catheter is prepared. For more information on the artificial insemination process itself, see MU Extension publication G2019, Artificial Insemination of Cattle: Step by Step.