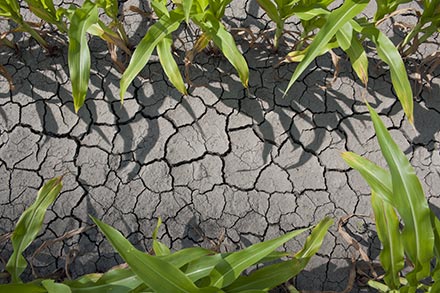 Figure 1. A weather event such as a drought can impact crop production, farm income and taxation situations.

Internal Revenue Code (IRC) Section 451(d) provides that, under certain circumstances, crop producers reporting on the cash method of accounting may elect to include crop insurance and disaster payments in income of the tax year following the taxable year of crop destruction or damage. To qualify for this election, the taxpayer must establish that the income from the destroyed or damaged crop would have been included in income for a taxable year following the year of destruction or damage under his or her normal business practices.

Additionally, crop disaster program payments received from the federal government qualify for the IRC Section 451(d) election if a natural disaster prevented a farmer from planting crops, or it destroyed or damaged crops that had already been planted.

John Farmer operates a grain farm and uses the cash method of accounting. During 2020 John received the following amounts of insurance proceeds for the damage caused to his crops by a June 20th hailstorm: corn $25,000, soybeans $20,000 and wheat $5,000.

If John can establish that under normal business practices he would have reported a substantial amount of the income from the 2020 crops in a subsequent tax year — he may report the insurance proceeds as 2020 income or he can elect to defer the $50,000 of insurance proceeds to 2021.

To qualify for the deferral, a taxpayer must make an affirmative election of eligible payments under IRC Section 451(d). The U.S. Internal Revenue Service (IRS) has denied deferrals when insufficient information was included with the return to qualify as an affirmative election and details relative to the deferral were missing. For example, the mere disclosure that insurance proceeds are being deferred does not constitute an election under IRC Section 451(d).

To make the election, attach a statement with your name and address to the tax return for the year your crop was destroyed or damaged and crop insurance proceeds were received. The following information must be included on the attachment:

The election may be made on an amended return. However, once the election is made — it is binding for the taxable year for which it is made unless the commissioner consents to its revocation.

Payment is based on price, quantity and quality of the commodity produced. Only the payment for destruction or damage is eligible for the IRC Section 451(d) deferral. Therefore, a farmer who receives compensation from an RP crop insurance policy must determine the portion of the indemnity payment due from crop destruction or damage rather than from reduced market prices when making an election to postpone recognition of income.

Claims for the agricultural disaster relief for proceeds from crop insurance must include a statement of the loss or disaster (county, event).

The following are free references for further investigation into this topic.