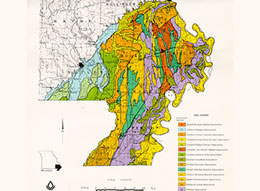 The Mississippi Delta region is an alluvial valley that starts at Cape Girardeau and extends south to the Gulf of Mexico. In Missouri, it is bounded in the west by the Ozark Escarpment and in the east by the Mississippi River. The largest area of rice production is in Butler and Stoddard counties (Figure 1). 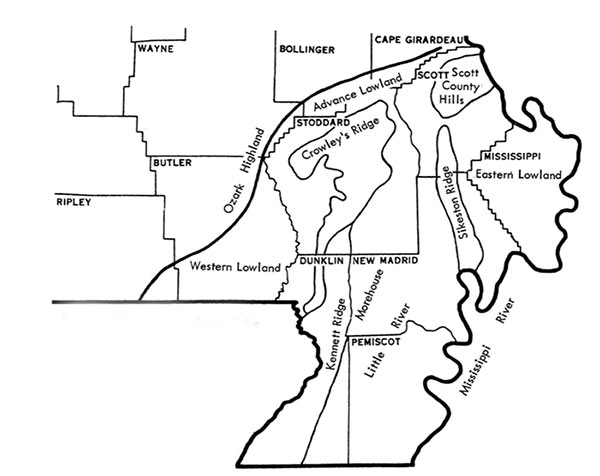 Crowley’s Ridge divides the two main rice areas in Missouri. In the western lowland, rice soils usually have a silt loam surface layer with a silty clay subsoil. Historically, this is where rice started in Missouri. Fields work well for flood irrigating rice because the clay subsoil has poor internal drainage.

Rice fields in eastern counties along the Mississippi River usually contain Sharkey clay soil, called “gumbo” by many farmers because the clay is sticky and forms clogs. It contains shrink-swell clay that expands and contracts during wet and dry cycles (Figure 2). To minimize leaking, farmers build levees and install gates several weeks before flooding to give clogs time to melt from rainfall.

Missouri has 657,000 acres of Sharkey clay soil. Furrow irrigation — which does not require levees — works well on this soil. This region is likely to be a growth area for rice in the future.