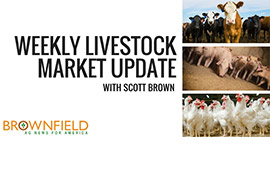 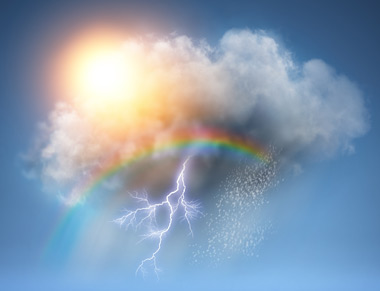 Determining when and how much water to apply to crop fields is challenging. Farmers should use tools such as a weather-based scheduling program or soil moisture sensors to maximize crop yields and obtain the most return on equipment investment.

The goal should be to avoid stressing the crop for water without wasting money and water resources in aquifers and reservoirs.

Missouri farmers have two scheduling programs available through MU Extension. Both are soil water balance programs that function like a checkbook registry: Irrigation and rainfall are deposits, while evapotranspiration (ET), which is the combined amount of water lost by evaporation from the soil surface and crop transpiration, is a debit. The oldest scheduling program is the Woodruff chart method. In recent years, MU Extension has developed a network of agricultural electronic weather stations called a “mesonet.” The network currently includes 36 stations in Missouri. In 2015, MU Extension released an online irrigation scheduling app. Called Crop Water Use, the app uses weather data from the MU weather station closest to a farmer’s field.

The Crop Water Use app calculates daily soil water balances for farmer fields. It can be used on computers or smartphones. University of Missouri Extension automatically downloads data each day from the weather station mesonet, while ET is calculated from temperature, humidity, wind and solar radiation using the Penman-Monteith Evapotranspiration equation first developed in 1948. Since then, the equation has been modified and improved by engineers, and today it is considered the gold standard in predicting crop ET. These calculations are not seen by the app's users. Users receive reports such as indexes to help determine when to irrigate. Another popular feature predicts several days in advance when the next irrigation will need to be applied in a field, assuming no rainfall.

Dr. C.M. “Woody” Woodruff established a chart method for scheduling irrigation in the late 1960s, developing it in the ‘70s into a University of Missouri fact sheet. The original chart was designed for corn planted in mid-Missouri around May 1. Other crops were added later. The program is based on historical long-term weather averages, rather than weather from the current year. This works well except in extreme weather years with unusually high or low evapotranspiration.

The Woodruff program is popular with farmers because it is simple to use. Although Dr. Woody passed away in 2003, his charts are used by many farmers today. Woodruff irrigation charts are available online. Farmers input information such as relative maturity or maturity group for corn and soybeans, emergence date, soil type and their county location.

Many types of soil moisture sensors are available for farmers to purchase. All have their strengths and weaknesses. Generally, the more sensors that you can afford to place in a field, the more likely you are to get an accurate estimate of the moisture status of the crop. The most expensive brand may not be the most practical. Factors such as ease of installation, maintenance and access to daily reading should be considered. Most models have a low-cost option to manually read the sensors each day. Yet that option may have its own pitfalls — farmers typically begin the season intending to read their sensors regularly but become overwhelmed with other farm activities. For more money, farmers can purchase a system with the ability to remotely view the sensors daily via telemetry using a computer or cellphone. But beware. Interruptions in sensor communication signals are common. Before buying a new soil moisture system with telemetry, talk with someone — besides a salesman — who has successfully used the equipment for a complete season .