Original legislation for the management of dead animals in Missouri was developed in the 1940s. As livestock operations grew larger and more sophisticated means of animal production, transport, slaughtering and processing were developed, the legislation became outdated.

New legislation was developed and the Missouri Dead Animal Disposal Statute was passed by the 86th General Assembly and became law on Aug. 28, 1992. This law does not apply to wildlife. Regulations of disposal of dead animals can be found in the Missouri Revised Statues, Chapter 269 Disposal of Dead Animals.

This publication contains only information for proper disposal of dead animals that are of routine mortalities. For any high animal-mortality incidents caused by unplanned events such as floods, tornadoes or other natural disasters, power outages, fires, spread of disease, market interruptions and other circumstances that can impact animal production facilities, please refer to the publication “Animal Production Mortalities Emergency Procedures – PUB1250” by Missouri Department of Natural Resources.

Current law requires that the body of an animal that has died be properly disposed of within 24 hours after knowledge of the death. Disposal methods acceptable to DNR are rendering, composting, sanitary landfill, incineration and on-site burial. Class I operations shall not use burial as a permanent mortality management method to dispose of routine mortalities.

The DNR Water Pollution Control program protects the quality of the groundwater and surface water supplies of the state by regulating the disposal of wastewater pollutants.

The following acceptable methods of dead animal disposal are listed in order of preference by DNR.

A DNR goal is to promote resource reuse and recycling in the state. However, the lack of rendering plants in the state prevents many producers from using this option. Efforts among several producers using stations for dead animal collection may make rendering a workable option.

Dead animal composting allows the end product to be recycled back to the land as a fertilizer. It has proven to be a very effective means of carcass management in the poultry and swine industries. Refer to other MU Water Quality Initiative publications for information on dead animal composting; WQ351 is a relevant publication.

Landfills are permitted to accept dead animals under Chapter 260, RSMo. Modern sanitary landfills are designed and operated to prevent leaching into groundwater or surface waters. The drawback of landfills is that they are only for disposing, not for recycling, and landfill space is becoming scarce. Even though a landfill is permitted to accept dead animals, it may not be the policy of the landfill operator to accept animal mortalities.

Incineration of dead animals is feasible, but it may not be economical. It is relatively energy intensive and has the potential for polluting the environment if the incinerator is not operated and maintained properly. Open burning of dead animals or burning in a trash barrel or similar type of container is not allowed.

Any commercial incineration of dead animals must be done in an incinerator designed, constructed and operated according to Chapter 643 RSMo., Missouri Air Conservation Law. A permit from the Air Pollution Control program is required for constructing a new incinerator. Please be noted that on March 29, 1993, the Circuit Court of Cole County found that 10 CSR 10-6.160 was void since it exceeds the statutory cost analysis requirements of sections 536.200 and 536.205, RSMo.

Non-commercial agricultural incinerators do not need a permit in Missouri, but need to follow the recommendations in this document. An agricultural incinerator is located on a farm or ranch, and only incinerating animal carcasses and remains. The wastes allowed to be incinerated include only animal remains, carcasses, organ and solid tissue wastes from farms, laboratories and animal pounds. Incineration of plastics or other wastes containing chlorine is not permitted.

This definition limits agricultural incinerators without permits, to only incinerate routine animal carcasses and remains. Routine carcasses are those expected from average on-farm mortality rate and not from major disease outbreak event. Animal carcasses during major disease outbreak, especially from foreign animal disease, will overwhelm the routine mortalities incinerating capacity. In any case, an incinerator should be operated in a manner that does not cause a nuisance condition or air pollution. More importantly, the complete incineration combustion will help prevent disease spreading, which can be a top biosecurity issue that can cost any size of animal production significant financial losses.

The University of Missouri Extension recommendations for non-commercial agricultural incinerators are:

The emission test result provided by the manufacturer should include these test results. The incinerator shall be properly maintained and operated according to the manufacturer’s instructions and design capacity. Typically, a dual-chamber design incinerator (those equipped with a secondary combustion chamber) with an appropriate combustion efficiency (99.9% or higher) will meet the emission standards above. The combustion efficiency, based on hourly average, is calculated as:

This option is the least desirable, due to the potential for water pollution. Burial is acceptable if certain practices are followed to limit pollution. As defined in the revised 10 CSR 20-8.300, Class I operations shall not use burial as a permanent mortality management method to dispose of routine mortalities. For all operations, prior approval from the DNR is required for burying significant numbers of unexpected mortalities.

Although on-site burial is the least-preferred method of disposal, it may be a practical option for some producers. One should always contact DNR to determine the suitability of a site prior to burial.

In order to comply with the law, the burial method must follow certain guidelines. These restrictions may be very different from traditional dead animal disposal practices. The following outlines on-site dead animal burial: 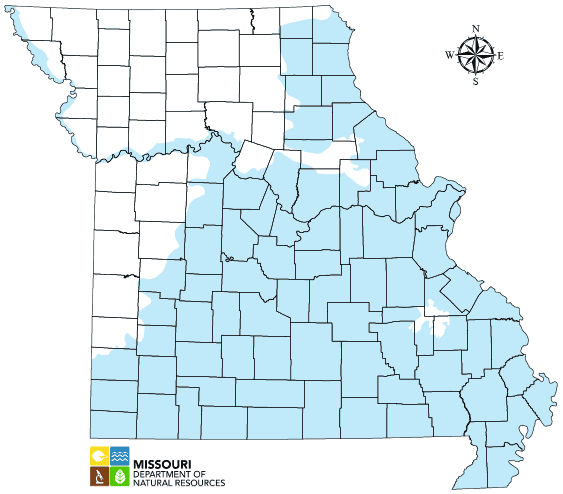 Figure 1. The shaded areas on this map are generalized and considered to have major groundwater contamination potential.

The map outlines generalized areas of Missouri considered to have major groundwater contamination potential (Figure 1). For a site located in the shaded area, one should consider other options discussed in this publication, and NOT on-site burial as acceptable methods. Given the very diverse geology and hydrology of the state, even when your site is or is not located within areas considered to have major groundwater contamination potential, one should always contact DNR to determine the suitability of a site prior to burial. You should contact DNR, Missouri Geological Survey at Rolla, Missouri, for a site-specific evaluation of the groundwater pollution potential at your specific location.

Other provisions of the dead animal law

There are other regulation guidelines that may change the way dead animals are managed. In particular, the transportation and holding of dead animals in a collection station. These items may be important to producers developing a plan to collect and haul dead animals to a rendering plant or similar facility.

A permit from the state veterinarian is required for commercial vehicles used in transporting dead animals. The permit must be attached to each vehicle that is used in hauling the carcasses.

Vehicles used for transporting carcasses need a metal tank or tank with a watertight metal lining to carry the carcasses. It should not drip or seep. Hide the carcasses from view when transporting. The driver of a vehicle hauling carcasses is responsible for the cleanup of any spills or leaks that may occur as a result of the hauling.

Thoroughly clean and disinfect the vehicles after each hauling. In cleaning the vehicles, thoroughly wash with hot water or steam and disinfect with a solution prescribed by the Missouri Department of Agriculture’s state veterinarian. Do not use vehicles that have hauled carcasses to transport live animals, feeds or similar commodities.

Vehicles hauling carcasses must go directly to their destination, stopping only to load more carcasses. The vehicle’s operator must get permission before entering a facility to pick up additional carcasses.

The following are exceptions to the transportation requirements and primarily affect producers on a non-commercial basis.

The following requirements apply to operating a collection station that may receive carcasses from several producers for transport to a renderer or other disposal facility.

Dead animal carcasses should not be buried, burned, cooked or otherwise disposed, except as provided for in the dead animal disposal regulations.

If the animal did not die of a contagious disease, the owner may remove the hide before disposing of the carcass properly.

Large-scale animal deaths may occur, such as natural disasters, disease outbreaks or a disease eradication and control programs. Management of such large-scale loss may be beyond the scope of methods outlined in the regulation. In such cases, the state veterinarian, with the assistance of DNR, will develop an emergency plan for proper management of the large-scale death loss.

If a death loss is anticipated or experienced, contact the state veterinarian’s office at 573-751-3377.

The assistance from Missouri Geological Survey, Department of Natural Resources is acknowledged.