Editor's note
June 2013: The URLs for several resources on food defense have been updated. Download the PDF of the updated resources page. 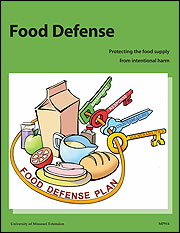 Consumer concerns
When asked what products they believed were most likely to be intentionally contaminated, consumers identified meat, produce, dairy and seafood. They were less concerned about baked, canned or boxed foods.

This appendix contains blank work sheets and forms that you can use when developing and managing the food defense plan for your operation.

The importance of food defense

Introduction
Food industry professionals see the U.S. food system as one of the safest in the world. However, the system’s image has blurred in the eyes of consumers as food safety recalls have been reported in the news media time and again.

Businesspeople in the food industry — from spinach growers watching sales plummet, to beef producers facing decreased demand, to restaurateurs and grocers working to maintain brand identities — know that protecting the food supply is of paramount importance. The food safety already practiced in the industry can minimize unintentional contamination in the food system. Protecting our food supply from intentional contamination, on the other hand, requires the practice of food defense strategies. Food defense is a relatively new but extremely important concept because of the many vulnerable access points in the farm-to-table food supply chain. 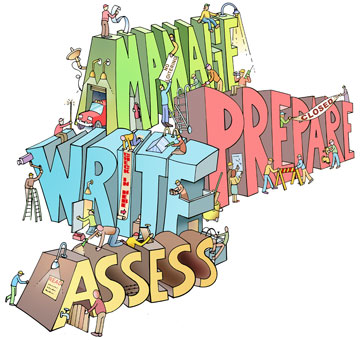 This guide explains the importance of food defense and the benefits of developing a food defense plan, as well as outlining how you can:

Why food defense?
Based on an evaluation of critical infrastructures in the early 2000s, the federal government declared the food and agriculture sector to be one of 17 critical national infrastructures open to intentional attack (U.S. Department of Homeland Security, 2003). Even a mere threat to the food and agriculture sector could cause havoc within the food supply chain and have far-reaching consequences on the economy, human health and consumer confidence.

In military lingo, the U.S. food industry is considered a “soft” target because it is under-defended and could be overcome from many directions. Not only is it large and geographically dispersed, but it also comprises many different types and scales of operation across the country. Plus, the food industry employs almost one-fifth of our population and produces more than one-tenth of our gross domestic product. And most importantly, everyone must eat!

Threats to this foundational aspect of our everyday life have the potential to cause a great deal of harm, such as:

Dec. 31, 2008, Byron Center, Mich.
A 39-year-old employee in the meat department of a local supermarket had a conflict with his supervisor. Hoping to make his supervisor “look bad,” he mixed Black Flag 40 (a now-banned pesticide containing 40 percent nicotine) into about 250 pounds of hamburger, which he then wrapped in retail-sized packages that were sold to the supermarket’s customers.

Within two hours of eating the contaminated meat, consumers reported burning mouth and throat, nausea, vomiting, dizziness, diarrhea, sweating, blurred vision, headache, numbness, insomnia, tachycardia and more. Due to consumer complaints after consumption, the supermarket chain notified the Michigan Department of Agriculture and the USDA of a planned recall of 1,700 pounds of ground beef.

Within 10 days, laboratory testing identified the contaminant as nicotine. The dose detected in the raw product was potentially lethal, and the high concentration indicated possible intentional contamination. Investigation eventually determined that the contaminated product was ground and sold in only one store.

Extensive interviews with victims determined that 92 persons had some level of illness from this contamination. Most fell ill while the product was being sold, but some were identified up to 49 days after the last potential date of sale because they had frozen the product and missed the recall.

The employee pleaded guilty to the charge of poisoning food with the intent to cause serious bodily injury and was sentenced to nine years in prison followed by three years of supervised release and ordered to pay restitution of $12,000.

March 2006, Xuzhou, China
The Chinese company Anying Biologic Technology Development Center posted an ad on the Internet seeking scrap melamine. Anying added the melamine to wheat gluten that was then sold to pet food manufacturers who used it for a protein source. Since melamine appears as protein on the most widely used protein analyses, adding it to the wheat gluten increased the gluten’s apparent protein content at a much lower cost, making Anying a low-cost supplier.

Adding melamine to food ingredients to disguise protein content was a common practice among Chinese manufacturers. Although melamine is not an approved food ingredient for livestock feed, pet food or food for human consumption and does not add any nutritional value to food, it was not thought to be toxic.

Anying and other companies supplied melamine-tainted wheat gluten to a Canadian company that manufactured pet food for most pet food companies in North America. Dogs and cats that consumed the contaminated pet food became sick and many died.

In April 2007, pet food scraps and ingredients contaminated with melamine were sent to hog farms in eight states and chicken farms in Indiana. More than 50,000 hogs were quarantined by the end of April. Because subsequent testing revealed that the melamine did not stay in the meat, the hogs were released about two weeks later, after the producers had borne major feeding costs. Similarly, 80,000 chickens were placed on hold due to consumption of salvaged pet food and eventually cleared. Producers were compensated for costs associated with holding the livestock but not for lost production time.

Standard-setting organizations and industry groups are currently moving to develop screening and testing procedures that will reduce or eliminate the chance of future melamine contaminations.

Who would intentionally contaminate the food system?
Clearly, the food industry is a potential place to wreak havoc. But what kind of person or group would try to contaminate our food supply, and why?

Disgruntled workers: Employees often must have access to many different areas of an operation in order to do their jobs effectively. When the relationship between a worker and employer goes bad, however, a disgruntled worker may decide to contaminate the livestock or food products in the operation to embarrass the boss (Example 1) or company, or to cause as much economic damage as possible.

Shady business practices: Intentional contamination can also be caused by cutting corners to save money or other shady business practices. One of the largest recalls in the mid-2000s, of pet food containing melamine (Example 2), was caused by a manufacturer seeking to provide the lowest-cost product on the market that still met quality standards, in this case by fraudulent means. Although the aim of those trying to reduce costs by using inferior or fraudulent ingredients isn’t to cause economic harm or disrupt society but just to save a buck, the results can still be far reaching.

Emotional stress: How a worker will behave in a stressful situation is difficult to predict. Even your most-trusted employees, including family members, may do or say things that are out of character at stressful moments in their lives. A worker may intentionally contaminate the food supply in a misguided response to an emotionally stressful situation, such as the love triangle described in Example 3.

Who is responsible for defending the food supply?
When the food supply is threatened, contaminated or disrupted, consumers tend to blame producers and manufacturers. Data collected by researchers at the University of Minnesota show that the public holds government and the food industry most responsible for protecting the food supply (Figure 1) and for picking up the tab for food defense (Figure 2) (Stinson et al., 2008). Consumers assume their food is safe when they buy it and aren’t willing to pay extra for something they believe should be standard. 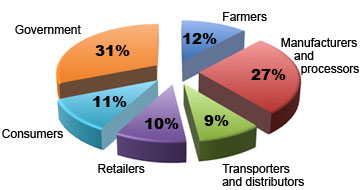 Figure 1
Who do consumers believe is responsible for food defense? 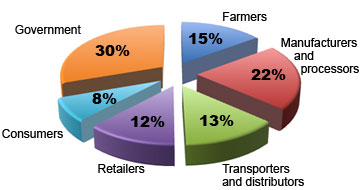 Figure 2
Who do consumers believe is responsible for paying for food defense?