Missouri State and Local Taxes and Revenues: A 50-State Comparison for 2012

Editor's note
The following abstract describes a publication that is intended for as a downloadable PDF. Please see links to the PDF file and ordering information on this page. 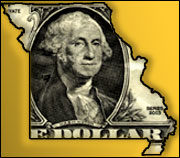 Among the 50 states, Missouri ranks