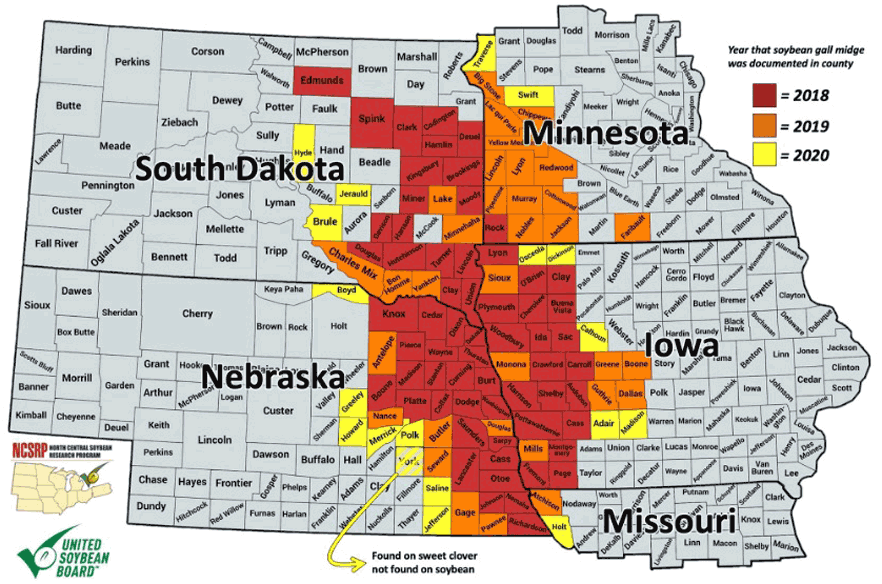 Females lay eggs at the base of soybean plants and after hatching, larvae enter stems. Early instars are less than an 1/8 inch (less than 3 mm) in size and are translucent or white in color (Figure 2). Late instars appear bright orange (Figure 3). 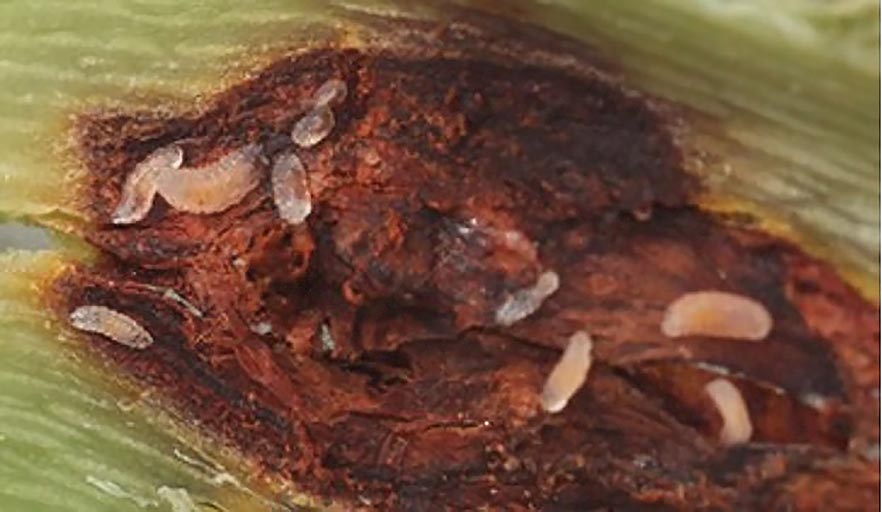 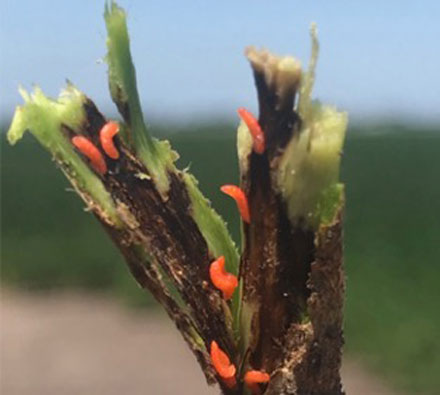 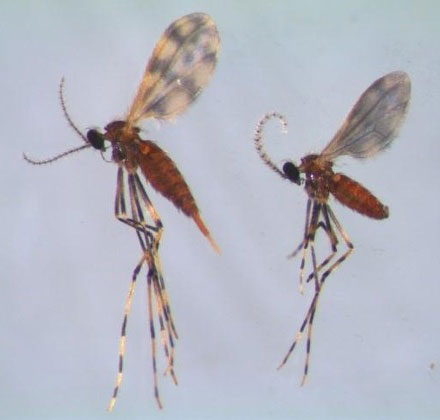 Third instars exit stems and overwinter in the soil as silken cocoons that pupate in late spring. Adults emerge over several weeks, beginning in early to mid-June, with infestations being reported in late June. Adults are minute, ¼ inch (6 mm) slender-bodied flies (Figure 4). They are recognizable by black-and-white striping on the legs, orange abdomens, and mottled wings; however, adults are rarely observed in soybean fields. Current research suggests they have at least two generations per year in the Midwest. 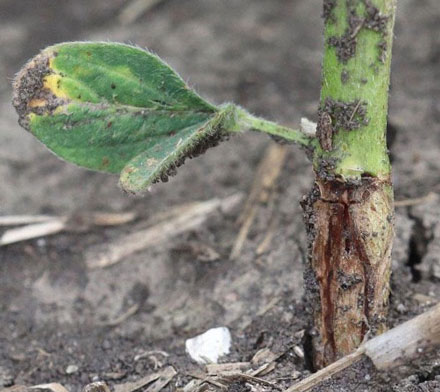 Larvae feed beneath the soybean epidermis near the stem base causing necrosis and brittle tissue. Early signs of infestation include darkened/necrotic stem bases (Figure 5) followed by leaf wilting, typically occurring after V2 stage. Swollen outgrowths may be visible near the base of stems. High infestations cause stems to break near the base resulting in plant death at V5 (Figure 6). Plant injury is greatest at field edges. 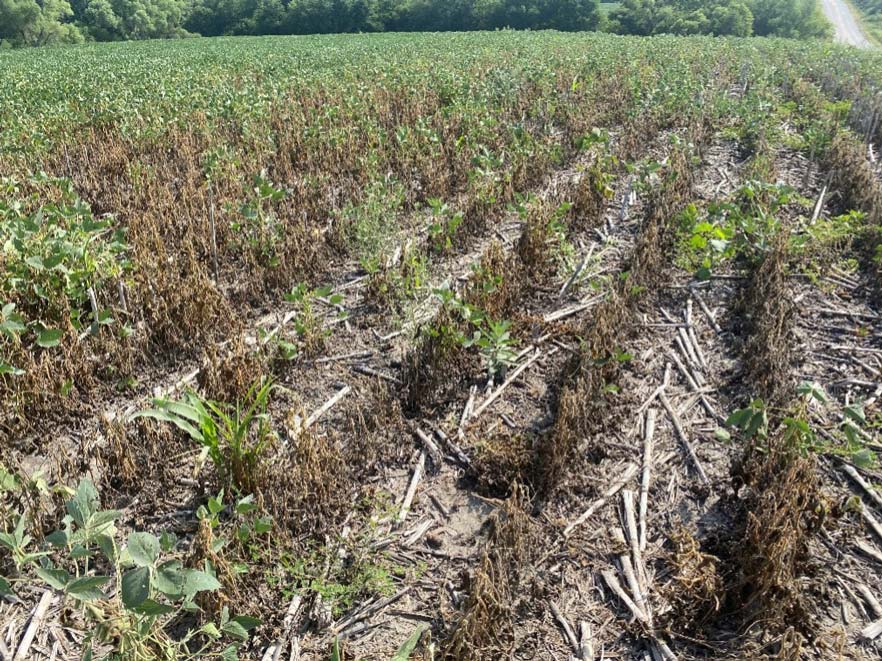 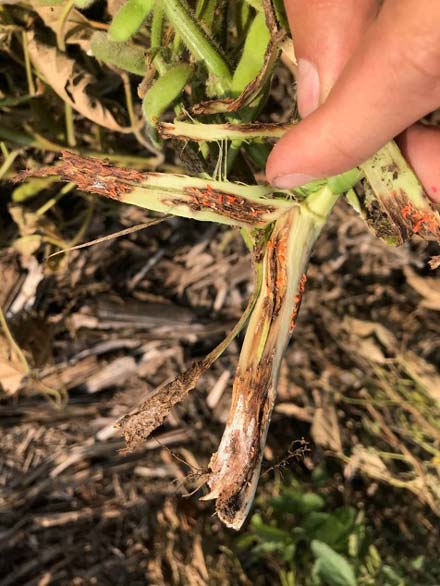 Scouting should concentrate in fields that are adjacent to a soybean field from the previous year. Early season scouting should focus on darkened and/or swollen stems at or near the base. Larvae presence can be confirmed by peeling back the epidermis of darkened stems (Figure 7). Later in the season wilting and/or dead plants may be present along field edges. Contact your local extension office to report infestations.

To date, there are no research-based management recommendations to control soybean gall midge. Foliar insecticides and seed treatments fail to provide complete control of soybean gall midge due to multiple overlapping generations. Follow your local extension agency for management updates.