Brown marmorated stink bug (BMSB) is an invasive insect herbivore, native to Asia, that was first discovered in Pennsylvania in 2001. Since then, it has spread to 46 states. This insect species is an extreme generalist, feeding on over 100 different plant species, including field crops, fruits, vegetables, and ornamental plants, creating severe economic injury. In the Midwest, BMSB is currently classified as an agricultural and/or home nuisance pest (Figure 1). As BMSB populations grow in the Midwest, agricultural damage will likely increase. 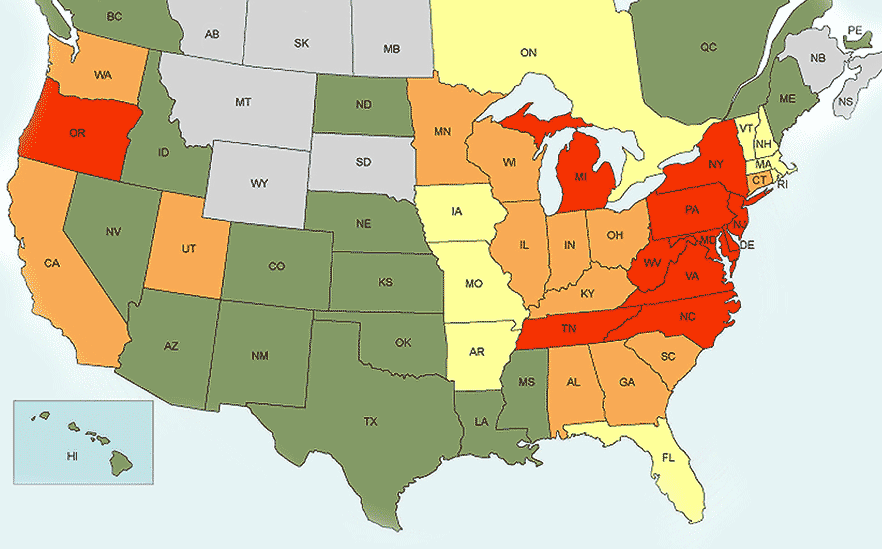 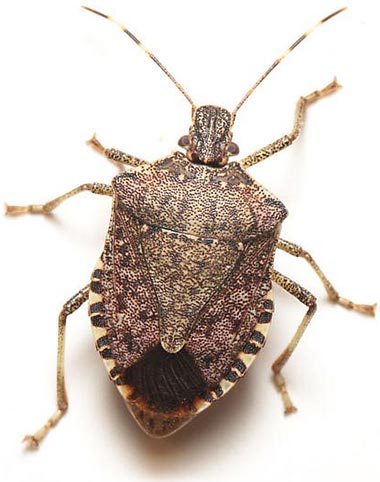 Brown marmorated stink bug can be distinguished from native species by characteristic white bands on the antennae of both adults and nymphs (Figure 2). Additionally, adults have alternating light and dark banding along abdominal edges.

Females lay egg clusters on the underside of leaves that hatch within three to six days, and after completing five instars, adults emerge approximately three weeks later (Figure 3). Peak populations occur in late summer/early fall. Adults overwinter in woodlands underneath tree bark and human made shelters, such as homes and sheds. Climate models suggest BMSB have two generations per year throughout most of the Midwest. 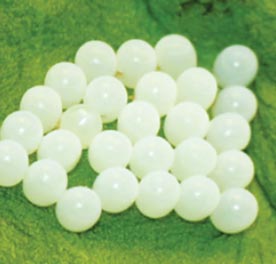 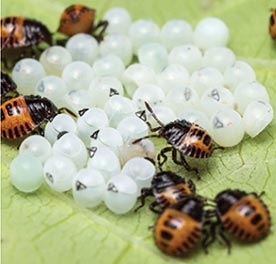 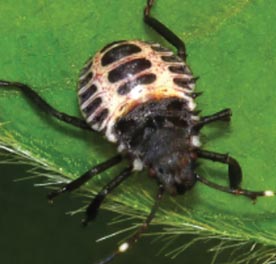 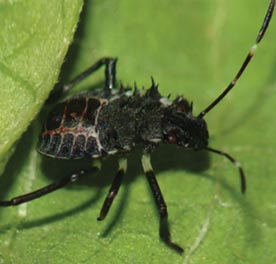 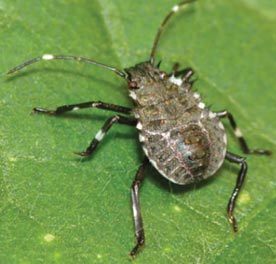 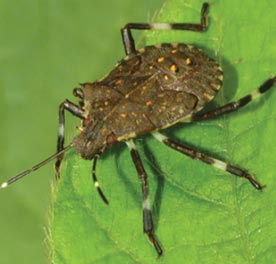 Brown marmorated stink bug is an “edge species” with higher populations occurring along field borders. Economic thresholds for soybean combine all stink bug species into a single action threshold and chemical control is justified when an average of 3.5 stink bugs are collected in 15 sweep net samples (30-inch rows). When applied at threshold, a single border insecticide application controls BMSB for the entire growing season. Action thresholds for corn have not been developed. Consult your local extension office for insecticide recommendations.