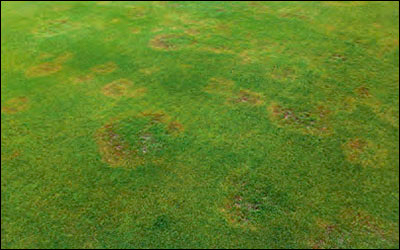 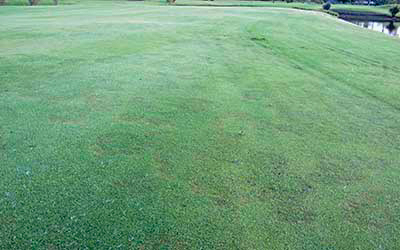 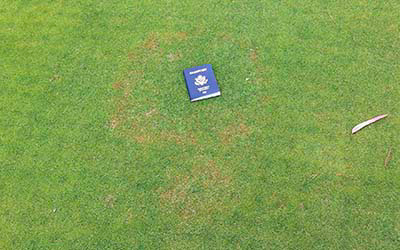 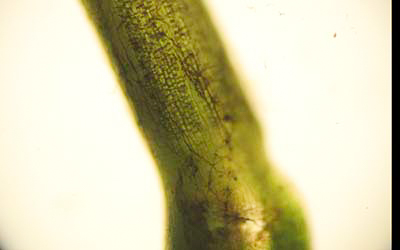 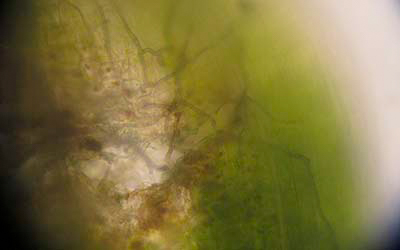 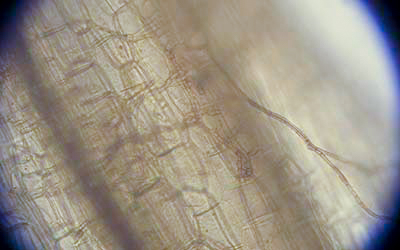 Take-all patch is normally a disease of young creeping bentgrass greens (less than 5 to 7 years old) that have been planted in fumigated soil. The disease is caused by a soilborne pathogen that infects roots and rhizomes when spring temperatures reach 55 degrees F. Symptoms usually occur earlier than summer patch, in late spring or early summer. Stand symptoms appear as patches ranging from 6 inches to 3 feet in diameter that may be reddish or orange when the disease is active. Patches may merge to form larger areas of declining turf, and weeds often invade and recolonize patch centers.

Like other soilborne diseases, take-all patch is difficult to control. Although difficult in sand-based root zones, reduce soil pH to below 6.0 through the use of ammoniumbased fertilizers. Applications of manganese sulfate at 2 pounds per acre in the spring may suppress disease in low-manganese soils. Avoid excessive nitrogen in spring, particularly with nitrate-based fertilizers which can exacerbate disease. Reduce thatch buildup through aggressive aerification, vertical mowing and topdressing. When disease symptoms are present, minimize stress through frequent light irrigation and raising mowing heights. A light application of ammonium sulfate (0.2 pounds of nitrogen per 1,000 square feet) may encourage recovery, but be careful to rinse off leaves to minimize burn potential during high temperatures. Fungicides should be applied preventively when soil temperatures reach 55 degrees F and should be watered-in to the soil profile.