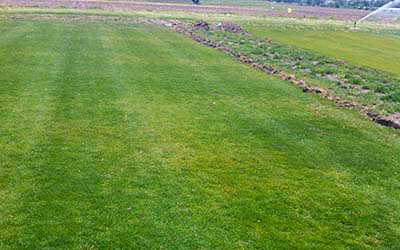 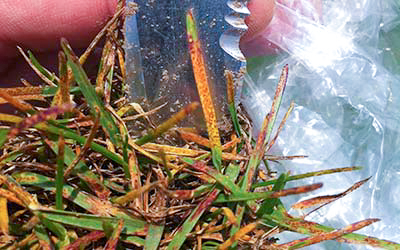 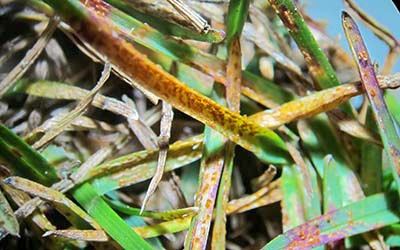 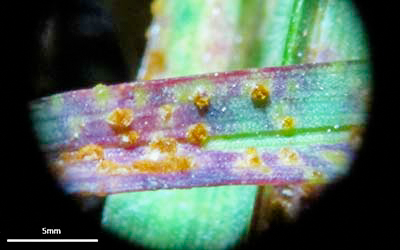 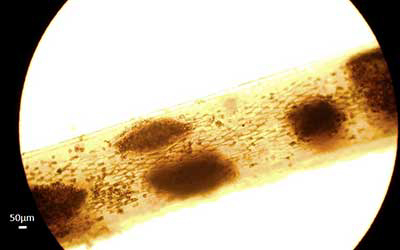 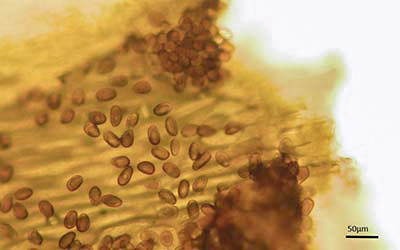 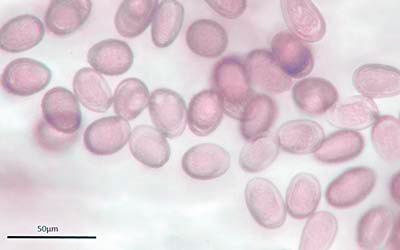 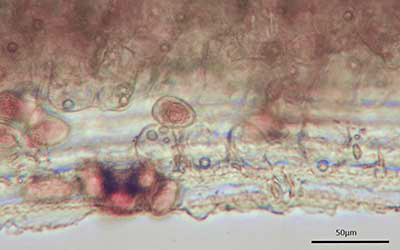 All grass species; most destructive on tall fescue and Kentucky bluegrass in Missouri.

Worldwide, rust is one of the most pervasive plant diseases limiting food production. Many rust diseases also occur on turfgrasses, the most common of which are stem rust of Kentucky bluegrass and leaf rusts on tall fescue. Stem rusts occur in late spring or summer, and leaf rusts most commonly occur in early to mid-fall periods. Unlike most other diseases, rusts are most severe when turfgrass is under a drought condition. Stand symptoms include a general chlorosis that occurs in a random, irregular pattern. High numbers of characteristic "rusty" orange urediniospores are formed in pustules on individual leaves and promote the rapid spread of the disease through wind, water or traffic. In a severe epidemic, urediniospores will coat and turn shoes and clothing orange if walked on.

Rust diseases are most severe on turfgrasses that are growing slowly under stressful conditions; healthy plants are often able to withstand low levels of infection. Typical stresses include drought, nutrient deficiency, low mowing height or shade. Reducing the impact of any of these stresses will greatly minimize disease impact. Fungicides are normally not recommended for rust control unless considerable damage occurs.