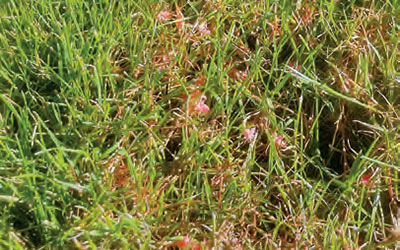 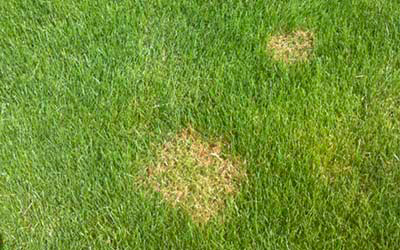 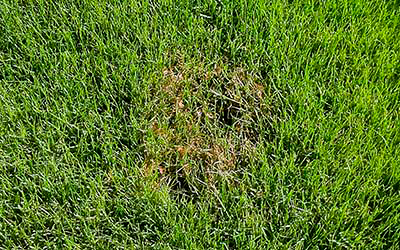 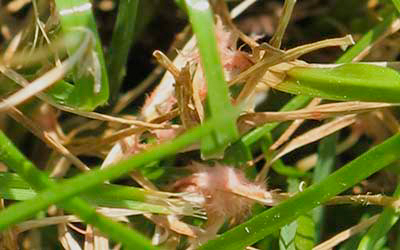 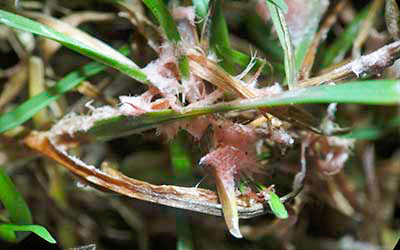 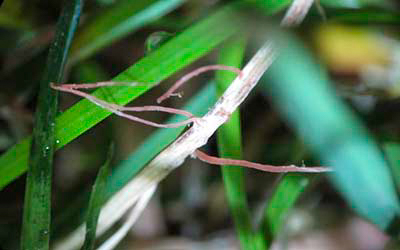 Red thread occurs in mid-spring or late fall in Missouri during cool to moderate temperatures and periods of heavy dew or humidity. Stand symptoms are tan or white, roughly round patches ranging from 4 inches to 2 feet in diameter. The patches may have a reddish appearance due to the presence of thick strands of reddish pink sclerotia of the pathogen. These sclerotia give red thread its name and are survival structures that remain in the thatch and lead to disease reoccurrence. Small tufts of mycelium are often evident during the early morning hours. An associated disease, pink patch caused by Limonomyces roseipellis, may occur in the same area as red thread.