Pythium aphanidermatum and other Pythium spp. 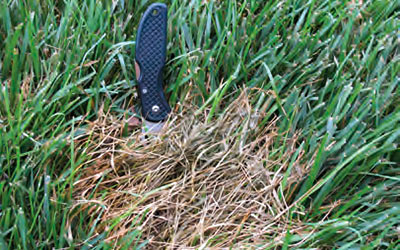 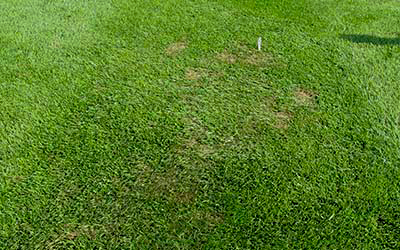 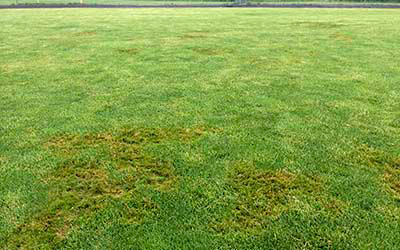 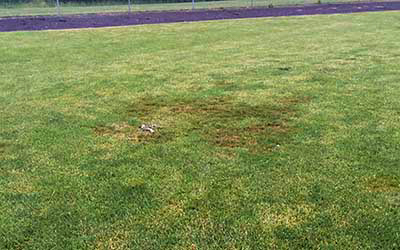 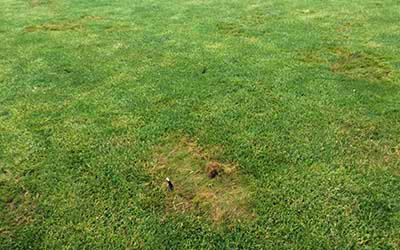 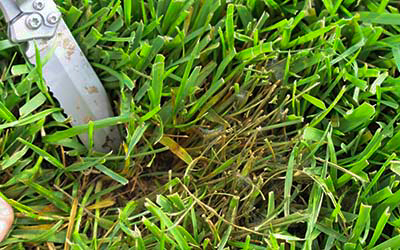 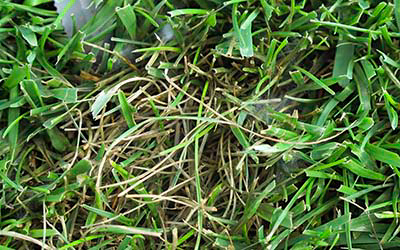 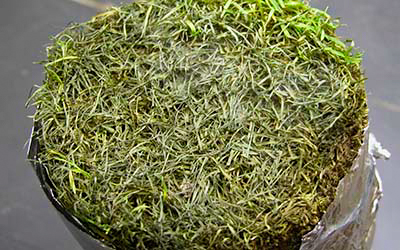 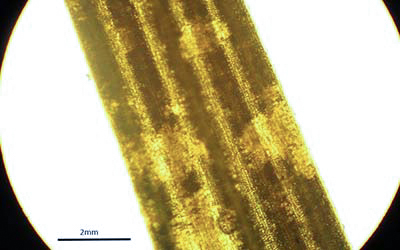 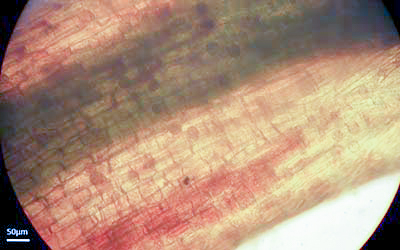 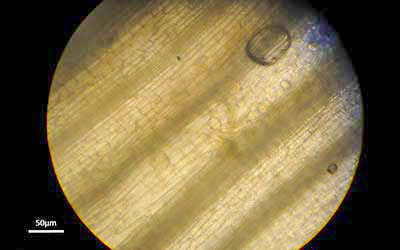 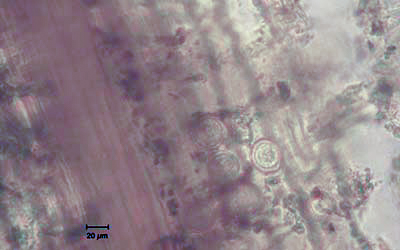 Pythium blight can be a severe disease during periods of high temperatures (highs above 90 degrees F, lows above 70 degrees F) and high humidity or rainfall. The disease has also been referred to as a water mold due to its rapid spread in saturated, wet conditions and presence in water sources. The pathogen is not a true fungus and has unique characteristics such as a motile zoospore that swims in water films. These spores promote the rapid spread of the disease along drainage patterns or human and equipment traffic patterns. Symptoms first appear as small, round orange or dark gray patches with leaves that have a matted, greasy appearance. Gray, cottony mycelium may be seen along patch margins in the early morning hours during high humidity. In Missouri, Kentucky bluegrass on sports fields is most often affected. This disease can also damage tall fescue, particularly in shaded areas that have long periods of leaf wetness. Pythium blight may impact young creeping bentgrass on putting greens less than 2 years old; older greens tend to have less incidence.

Reducing the duration of leaf wetness during hot summer conditions is key to managing this disease. Water early in the morning to knock dew off leaves and minimize leaf wetness. Prune trees and shrubs to allow for more morning sunlight and airflow. Fix surface and subsurface drainage problems to relieve saturated soil conditions. Pythium blight is much more severe on lush, overfertilized cool-season turf, so restrict nitrogen applications to early spring or fall to avoid periods of Pythium blight activity. To minimize spread, do not mow or water active Pythium blight infections. Fungicides are available for Pythium blight, but they are different chemistries from standard fungicides due to the differences in biology of this pathogen. Therefore, Pythium fungicides are often specific and don't control a broad spectrum of other diseases.