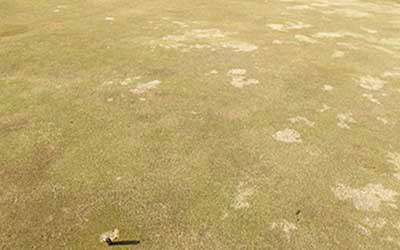 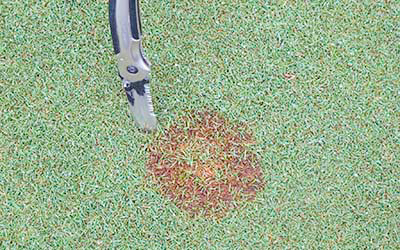 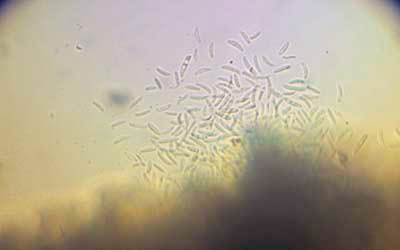 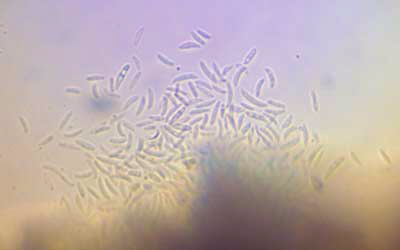 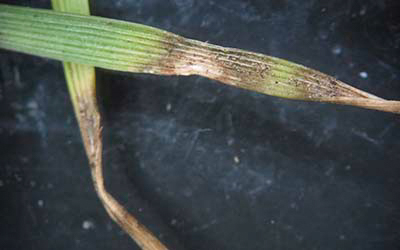 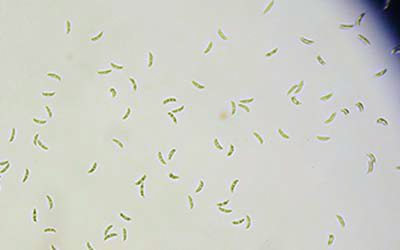 In northern Missouri, Microdochium patch can be an issue for Kentucky bluegrass lawns, but for most of the state it is a concern on golf putting greens. Microdochium patch was previously known as pink snow mold because disease development occurs under snow cover. However, we now know the pathogen can infect over a wider range of cool (below 60 degrees F), wet conditions and is not limited to infecting snow-covered turf. Symptoms from infections occurring under snow cover are white or tan roughly round patches 2 inches to 1 foot in diameter. In cool, wet periods when the disease is still actively sporulating, a pink or salmon-colored patch margin can also be evident. Symptoms resulting from infections not under snow cover appear slightly different, often as darkish red or brown patches with a slightly greasy appearance.

On golf putting greens with a history of damage, a preventive fungicide application before snow cover is necessary. Fungicide use is not necessary on longer-cut turf. Prevent lush foliage going into the winter dormancy period. Do not apply excess nitrogen to turf within six weeks of a killing frost or when the first snow is expected. Continue mowing in the fall until growth stops completely. Apply a high-potassium fertilizer in late fall to increase cold hardiness of turf.