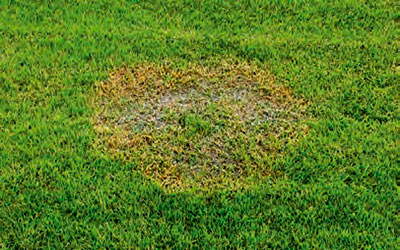 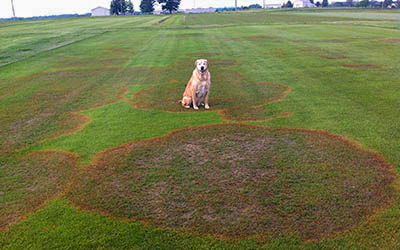 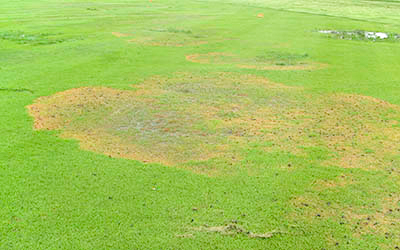 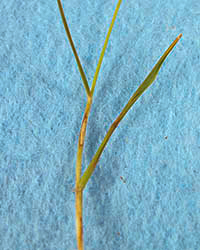 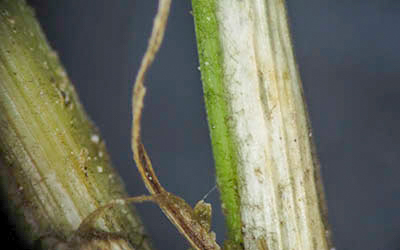 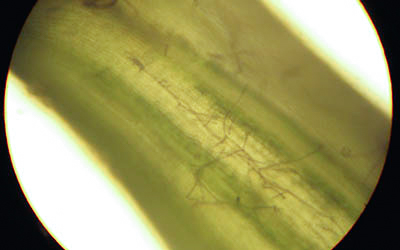 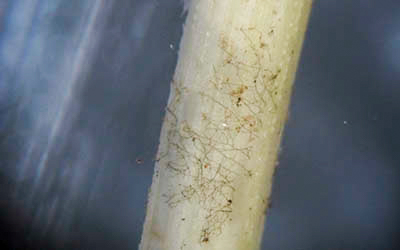 Large patch is the most important disease limiting zoysiagrass use for lawns and golf courses in Missouri. The disease occurs when zoysiagrass is growing slowly either leading into or coming out of dormancy in the fall or spring, respectively. Most severe disease outbreaks occur in the spring in Missouri about two to eight weeks after spring green up. Symptoms occur as roughly round patches of tan or straw-colored turf that can range from a few feet to many yards in diameter, hence the name "large patch." When the disease is active, bright orange leaves (also known as "firing" symptoms) can be evident along patch margins. The pathogen infects at the leaf sheath, causing a basal rot and reddish brown to black lesions along lower leaf and sheath tissue. Centipedegrass used for lawns in far southern Missouri is also very susceptible to damage from this disease. Bermudagrass can also be affected by large patch, but the disease is short-lived and recovery occurs more rapidly than in zoysiagrass.

Large patch is considerably more severe in zoysia suffering under saturated soil conditions. Providing good surface and subsurface drainage will reduce excessive soil wetness and humidity in the turf canopy and thus reduce large patch incidence. Increasing air movement across the turf area by pruning trees or removing shrubs will also reduce humidity and limit disease development. Slow-release forms of nitrogen may reduce disease incidence if used in the spring; do not fertilize zoysia with nitrogen in mid- or late fall. Several fungicides are available for large patch control, but they must be applied preventively in the fall and proper timing is difficult to achieve complete control.