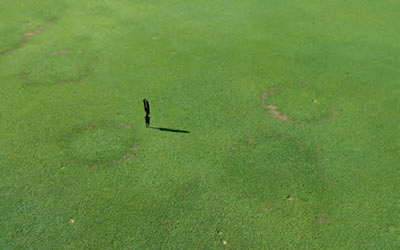 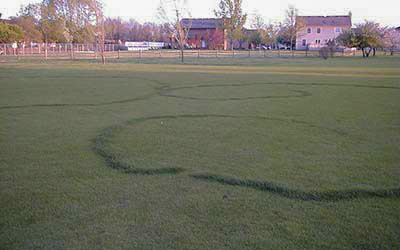 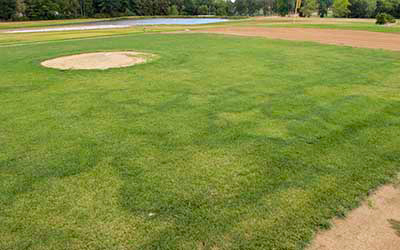 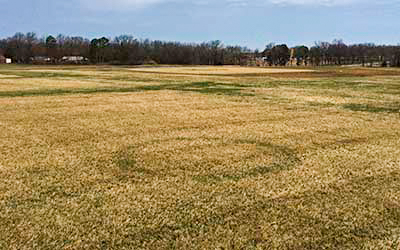 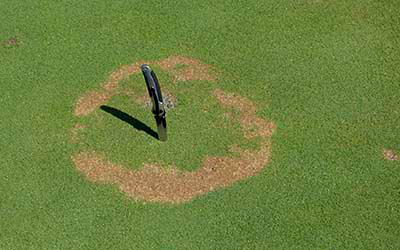 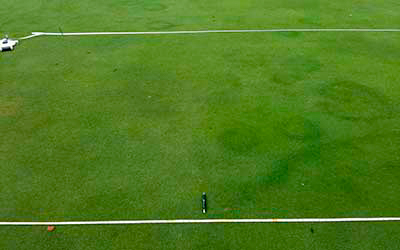 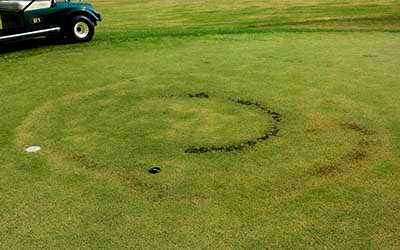 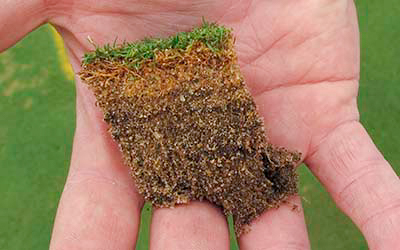 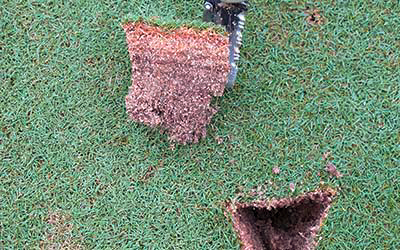 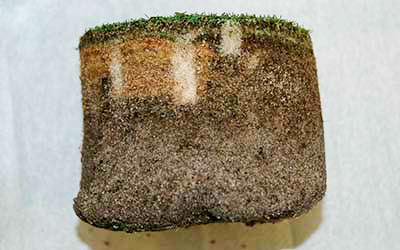 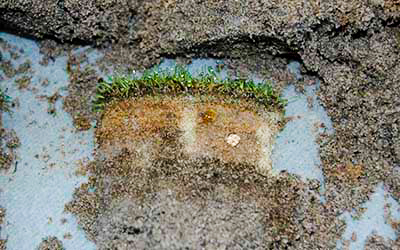 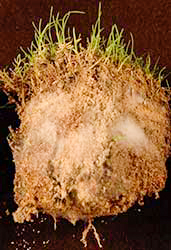 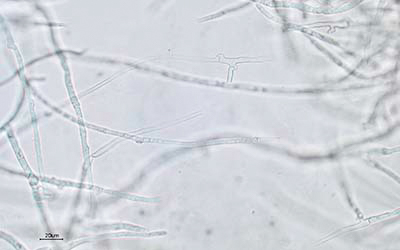 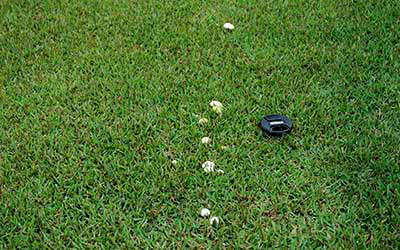 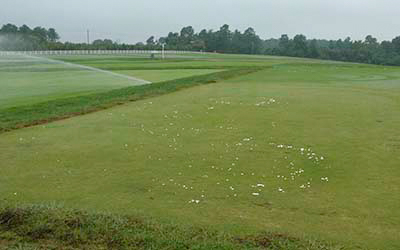 All grass species; most damaging on golf putting greens

Fairy rings normally begin to occur in late spring or early summer when soil temperatures rise to over 70 degrees F. Because fairy ring fungi don't infect turfgrass roots, all turf species are susceptible to damage. Fairy rings can appear as three distinct symptoms, all resulting from activity of the subsurface fungal colony. Ring symptoms can appear as basidiomycete reproductive structures, either mushrooms or puffballs. Symptoms can also occur as lush green rings of turf growth, caused by the release of plant-available nitrogen in the soil profile as a result of organic matter degradation by the fungus. Lastly, fairy rings can cause extensive damage to turf areas by causing the soil and thatch to become hydrophobic, or water-repellant, through the nature of their mycelium, the production of organic acids or both. This type of ring often kills turf in rings or arcs during high temperature periods. One, two or all three of these symptoms can occur at the same time. Sand-based root zones used for putting greens are particularly susceptible to being made hydrophobic by fairy ring fungi, which often leads to extensive turf damage.

Preventive fungicide applications can be used on putting greens in early spring to reduce or eliminate fairy ring issues during the summer. If a curative fungicide is used, it must be tank-mixed with a surfactant to achieve satisfactory control. Additionally, all fungicides targeted for fairy ring control must be watered-in with ? to ¼ inch of irrigation to drive the fungicide into the target portion of the soil profile. Fungicides are not recommended for fairy ring control in lawns. If fairy ring is active and leading to turf damage, remediate the soil physical properties by cultivation in the form of aerification (core preferred) or spiking to break through the water-repellant layer. Heavily watering the area and applying a surfactant (wetting agent) may also aid in water penetration and symptom recovery.