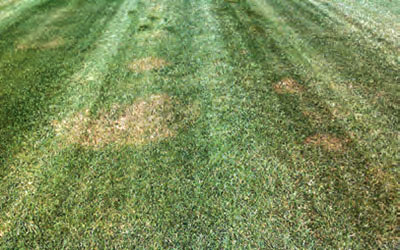 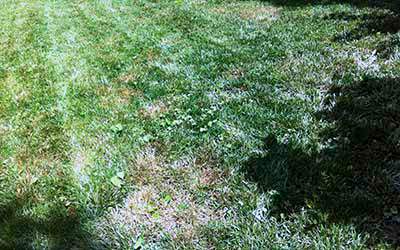 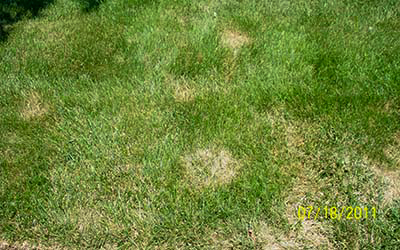 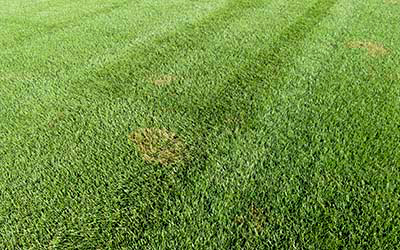 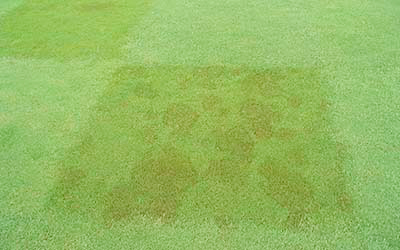 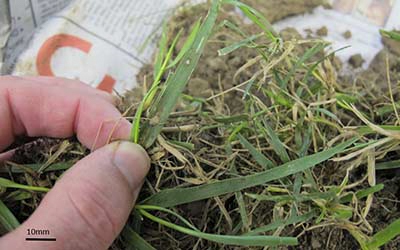 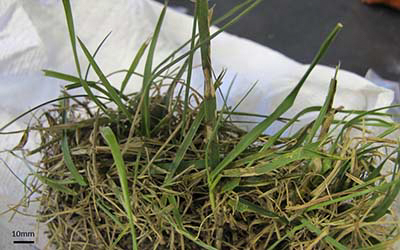 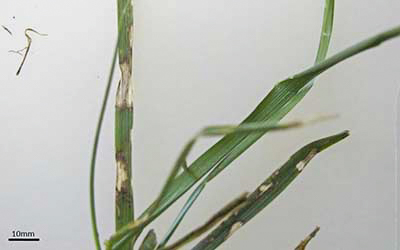 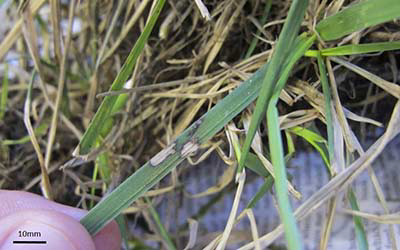 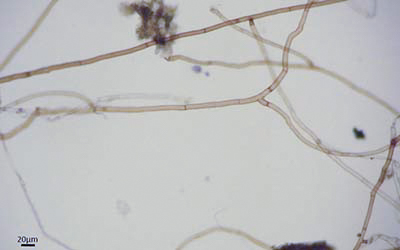 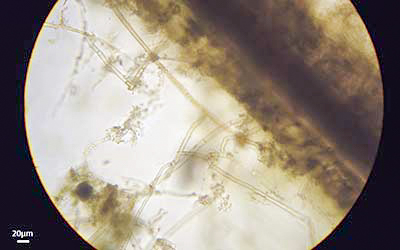 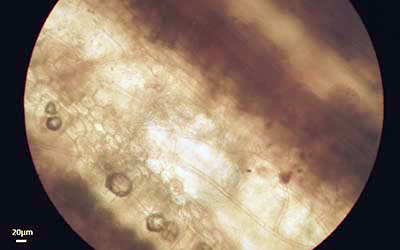 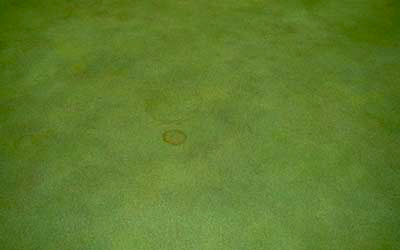 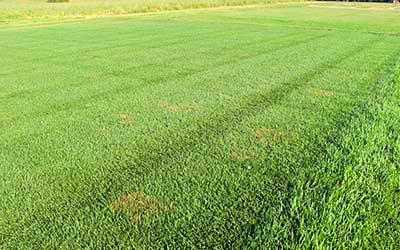 Brown patch is the most important disease limiting tall fescue use in Missouri. Tall fescue is much more susceptible to brown patch than Kentucky bluegrass. The disease occurs during the summer and follows the "6-8 flip-flop" rule, with conducive temperatures being nighttime lows near 68 degrees F and daytime highs near or above 86 degrees F. Disease symptoms vary according to mowing height. Brown patch on higher-cut turf (higher than 1 inch) appears as brown or straw-colored round patches 6 inches or more in diameter. A characteristic irregularly shaped straw-colored lesion with a dark brown margin can be seen on newly infected leaves along the margin of patches. When turf is wet in early morning, tufts of pathogen mycelium may be seen scattered along patch margins. On lower-cut (less than 1 inch) creeping bentgrass putting greens, brown patch develops in roughly round patches that are brown or reddish-orange. At these lower cuts, distinct foliar symptoms are typically not visible, but the patches may be surrounded by a black or dark gray ring (a "smoke ring") in the early morning when turf is wet.

Brown patch on creeping bentgrass putting greens is not a frequent issue because the disease is controlled by a broad array of fungicides that are normally part of a summer preventive program. On tall fescue lawns and sports fields where fungicides are rarely used, this disease can cause significant turf loss. A major predisposing factor to brown patch occurrence is overfertilization with nitrogen during or just before heat stress periods. Brown patch is much more severe on lush turfgrasses, so restricting most fertilization to the early spring and, more importantly, the fall will limit this disease. Water deeply, infrequently and during the early morning hours to limit leaf wetness duration and reduce disease incidence. Raise mowing heights to 3½ to 4 inches for tall fescue during the summer stress period.