Dairy cows are located throughout Missouri. However, the Missouri milk cow population tends to concentrate in the state's southwest and south central regions. In 2022, the Missouri counties with the largest dairy cow inventories were Barry, Wright, Vernon, Lawrence and Scotland counties, though some counties were not reported by USDA to avoid disclosing data for individual operations. 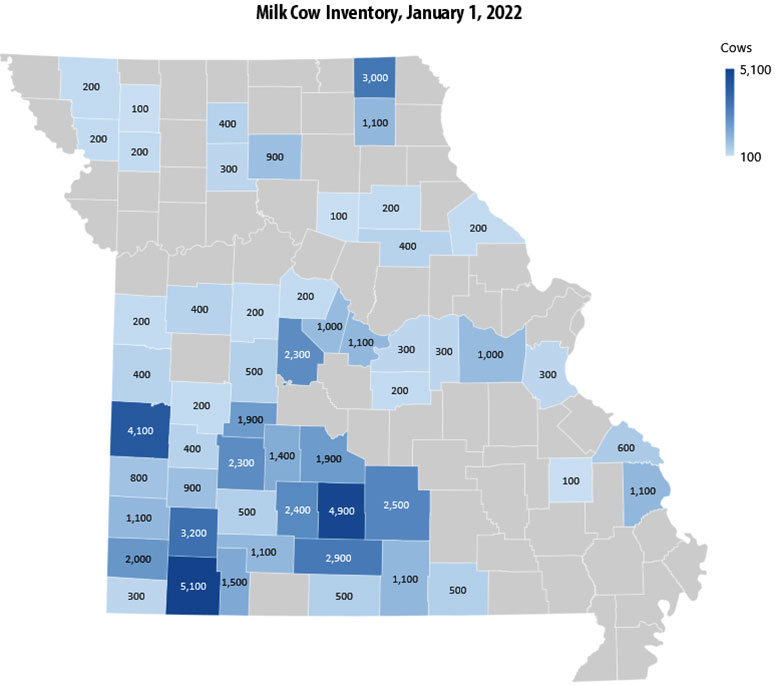 Milk Cows, Missouri and Surrounding States
Line graph showing the number of milk cows in Missouri, Kansas, Iowa, Arkansas, Illinois, Kentucky and Tennessee from 2000 to 2021. Missouri, Arkansas, Illinois, Kentucky and Tennessee have reduced their dairy cow inventories over the past two decades. Kansas and Iowa have experienced growth over the past 10 years. 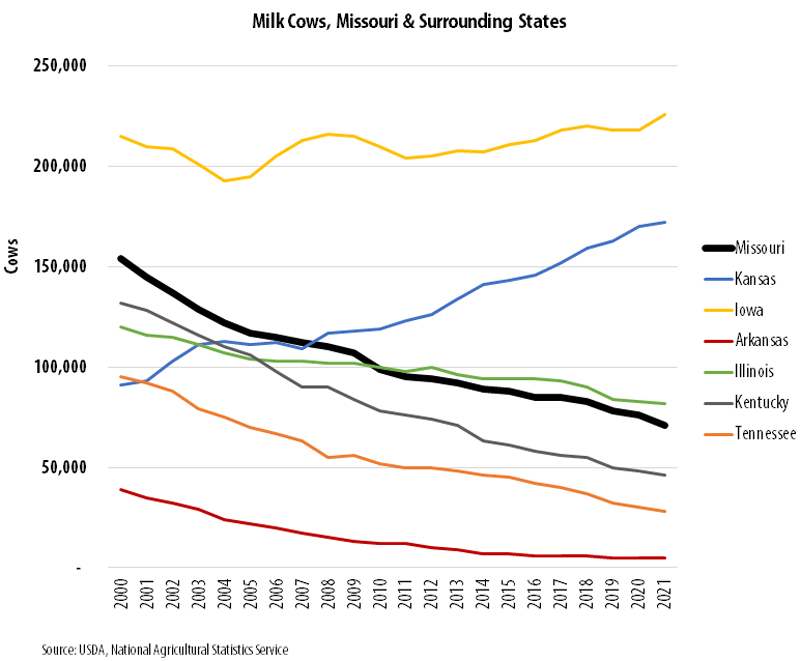 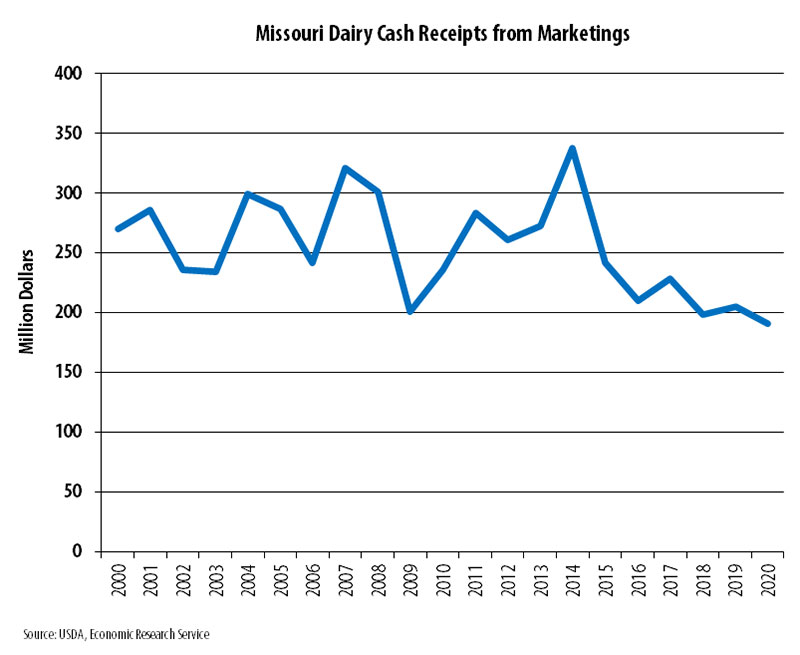 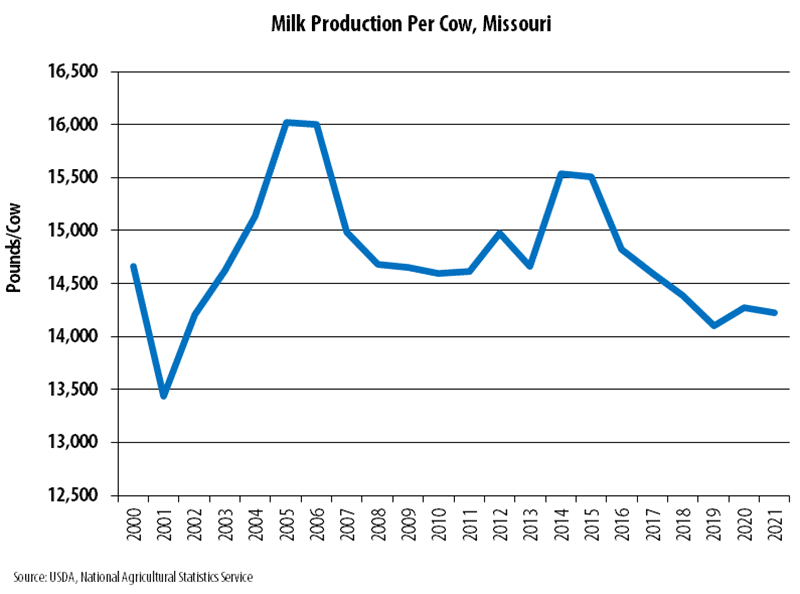 Milk Production per Cow, Missouri and Surrounding States
Line graph showing the milk production (pounds) per cow in Missouri, Kansas, Iowa, Arkansas, Illinois, Kentucky and Tennessee from 2000 to 2021. Missouri's milk production per cow tends to be low when compared to the U.S. states. The U.S. average, Iowa, Kansas and Illinois are the highest among selected states and have steadily grown over time. Kentucky has grown considerably since 2013 and sits in the middle range along with Tennessee. Arkansas has mostly remained the lowest over the time period, below Missouri's average. 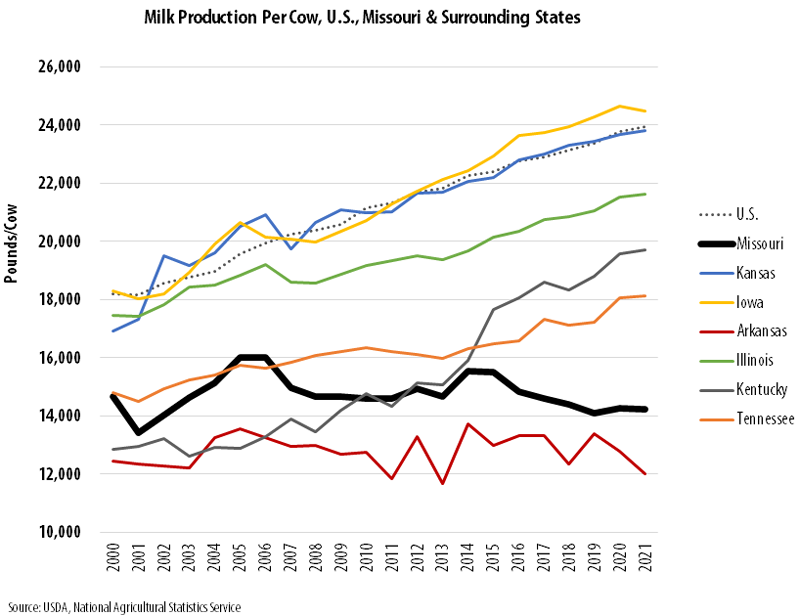