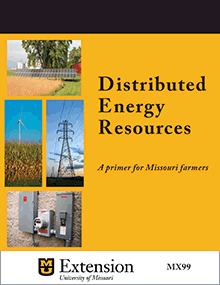 Wind and solar generation continue to grow in the U.S. and Missouri for three reasons: