In December 2019, the U.S. Bureau of Economic Analysis (BEA) released county-level measures of gross domestic product (GDP) for the first time. GDP measures the total value of goods and services produced less the value consumed to produce those goods and services. Places where GDP is growing have expanding economies, and those with shrinking GDP have contracting economies. By producing these data for at the county level, BEA has provided an important barometer to gauge the health of state, metropolitan and local economies. This brief highlights some of the key GDP trends for Missouri and its regions.

Post recession, Missouri did not keep pace with other Midwestern and neighboring states 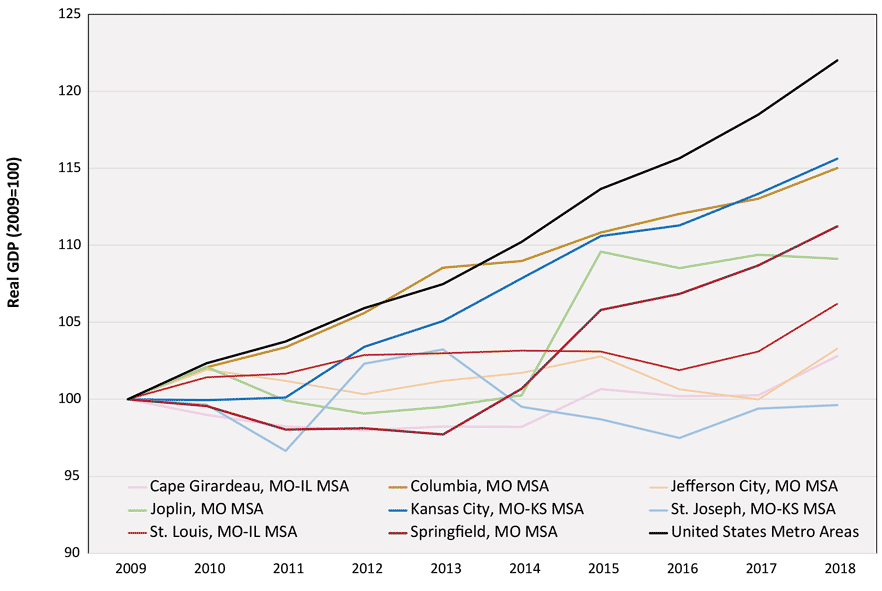 Missouri’s rural counties did not recover from the recession 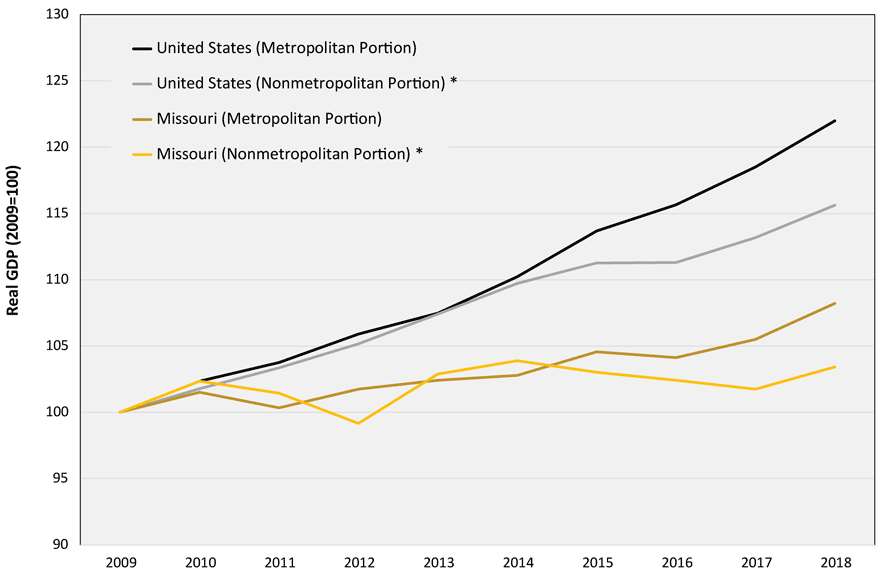 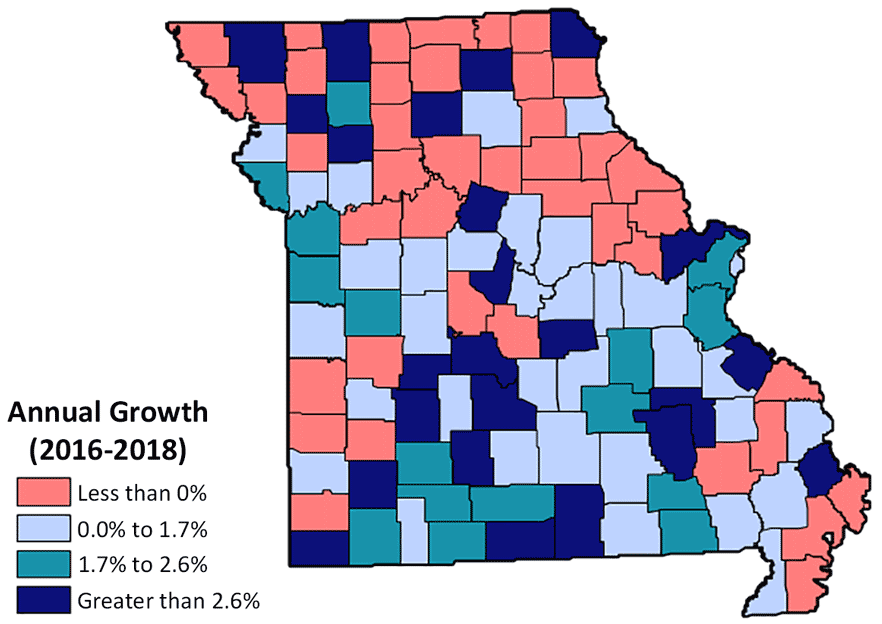 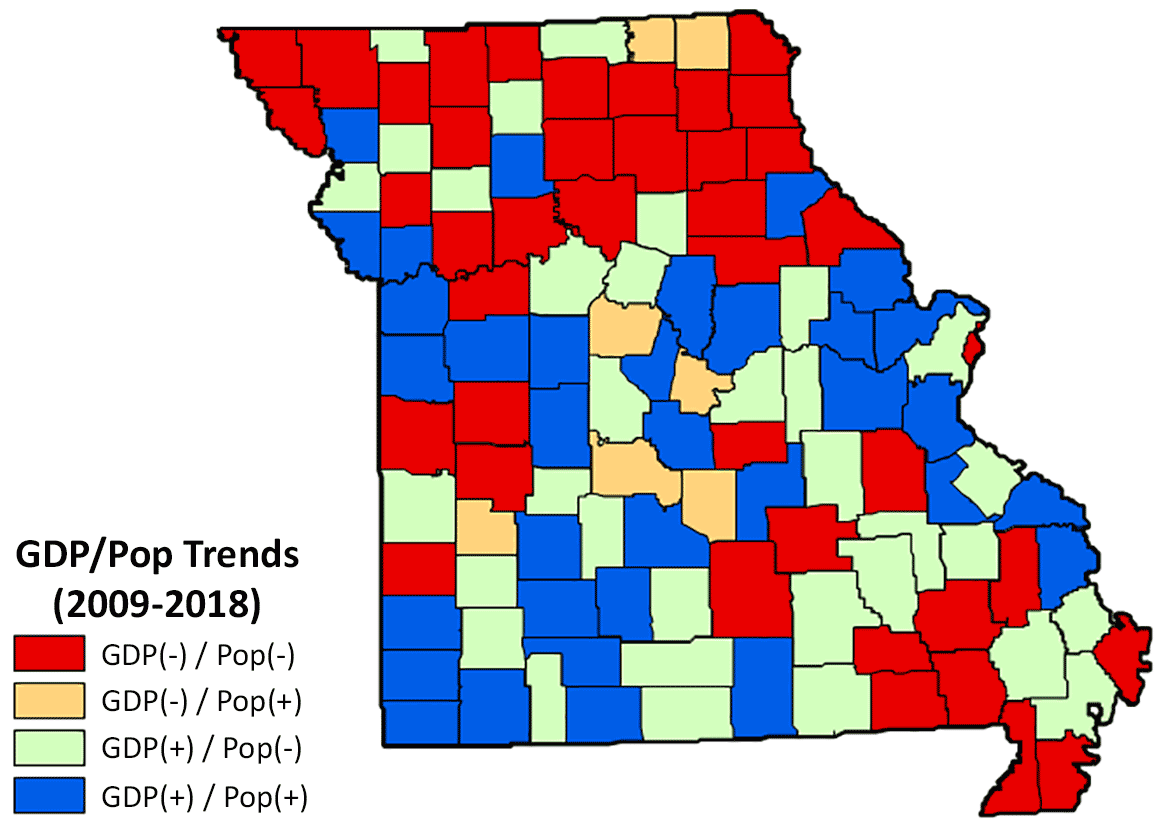