See past and present (PDF)

FAYETTE, Mo. — Scott and Lorinda Cooper and family of Glasgow were among the families honored during the 61st Annual Farm Family Day, Aug. 12 at the Missouri State Fair.

Each year, the fair sets aside a day to recognize farm families from across the state that are active in their communities, involved in agriculture, and/or participate in local outreach and extension programs such as 4-H or FFA.

This year, all 114 Missouri counties plus the City of St. Louis participated, honoring nearly 500 people from the 115 farm families.

The event showcases the impact Missouri Farm Families have on the economy and heritage of the state, said Missouri State Fair Director Mark Wolfe. “These families are involved in agriculture activities in their communities and are active participants in local outreach and extension. As the premier showcase for Missouri agriculture, the Missouri State Fair is most certainly the appropriate place to celebrate these families.” 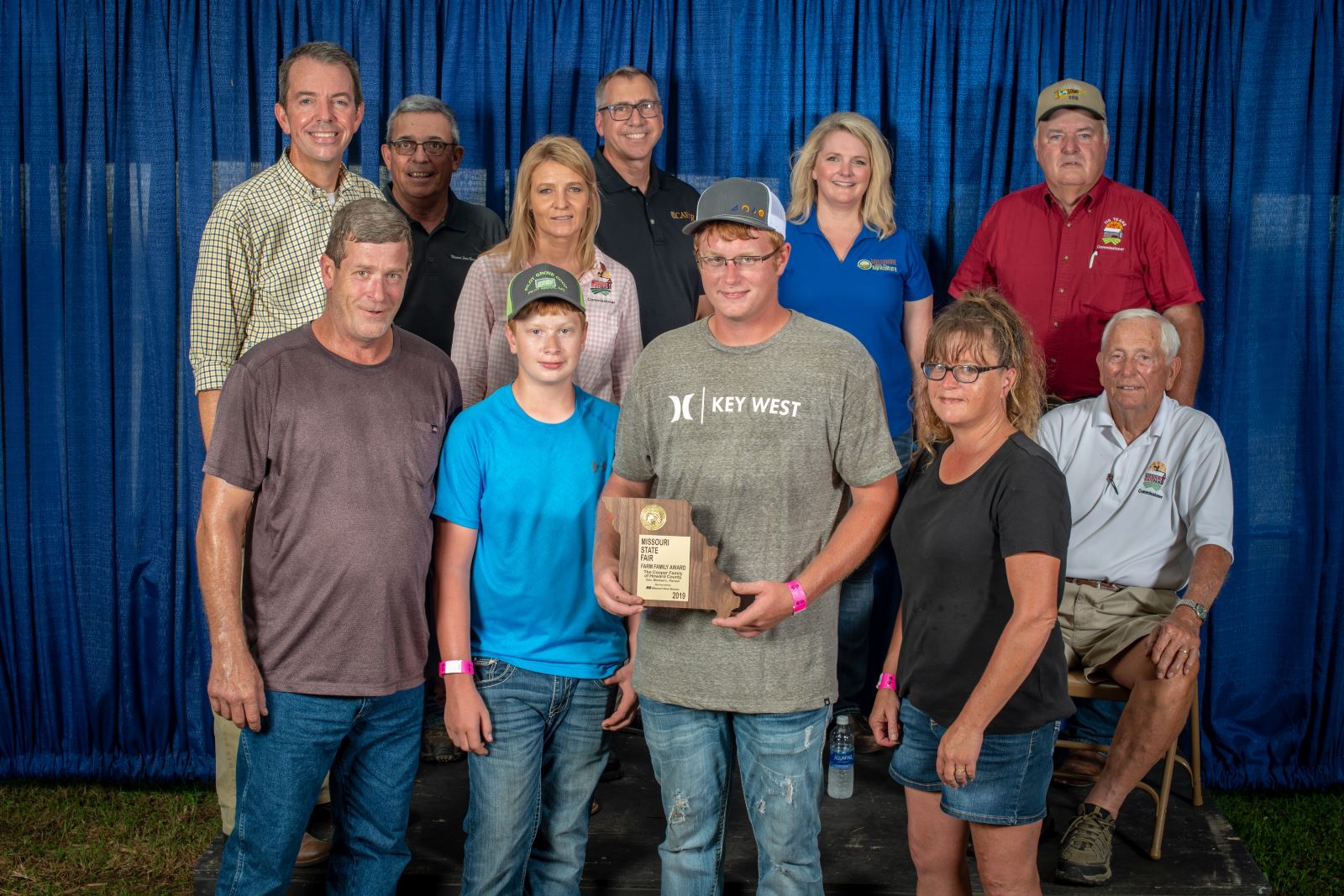