Give to MU Extension funds and endowments. 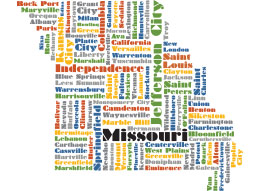 University of Missouri Extension has its roots in the federal acts that enabled the university to deliver the practical benefits of education and scientific research to the people to improve their economic prospects and quality of life.

The Morrill Act of 1862 established the University of Missouri as a land-grant university. The act gave grants of land to states with the provision that proceeds from the sale of those lands be used to establish public colleges or universities to educate citizens in agriculture, home economics, mechanical arts and other practical professions. The Morrill Act of 1890, which established Lincoln University, provided additional funds to ensure that the land grants were open to all citizens without regard to race.

In 1887, the Hatch Act established agricultural experiment stations at land-grant universities. The University of Missouri currently conducts research to aid agricultural producers and to ensure a safe food supply at research farms and centers around the state.

The Smith-Lever Act of 1914 established the Cooperative Agricultural Extension Service, a partnership among federal, state and county governments allowing universities to extend their programs to all people — not just students.

Initially, the extension program concentrated on working with farmers and their families, which comprised the majority of the nation's population, to improve their quality of life and standard of living. Extension workers demonstrated how to produce more and better varieties of agricultural commodities; how to benefit from better nutrition, clothing and housing; and how to work together to bring about major improvements, such as electric cooperatives.

As the population shifted to the cities, Missouri's extension program expanded to include programs for urban populations. Currently, those include after-school youth leadership programs in federal housing developments, food and nutrition education for limited-resource populations and labor education delivered through interactive television.

In 1955, state legislation required counties to establish county extension councils to advise the University of Missouri on educational programming needs. Today, some 1,600 elected, appointed and delegated citizens volunteer their time and effort to assess local educational needs and to work with extension faculty in delivering and evaluating the programs. Appropriations from county commissions provide operating funds for county extension offices and secretarial support.

In 1972, the University of Missouri and Lincoln University established a unified extension program — the nation's first such partnership between two state land-grant universities. Technical assistance for families on small farms and leadership education for African-American youth are results of that successful partnership.

In 2004, the Office of the Provost at the University of Missouri assumed administrative responsibility for the university's statewide extension program.

In 2016, the new vice chancellor for extension and engagement reported directly to the chancellor of the University of Missouri.

The Office of Extension and Engagement was created in 2018. This was an important step toward providing the people of Missouri greater access to the full breadth of the university.

Also in 2018, the vice chancellor for extension and engagement took on the additional responsibilities of chief engagement officer for the University of Missouri System — leading outreach efforts and working with university leaders at all four campuses to develop an outreach and engagement strategy.