Reed canarygrass is a tall, coarse, rhizomatous perennial grass. Its most distinctive characteristic is that it will survive on poorly drained soils or under flooded conditions better than any other cool-season grass. It is also drought-tolerant because of its deep and extensive root system. Reed canarygrass is nutritious in its vegetative state but becomes coarse and unpalatable as it matures. Old cultivars contain several alkaloids that can depress animal performance. However, many new cultivars have lower levels of these compounds. Many producers find reed canarygrass difficult to establish because the seeds often germinate slowly and irregularly. However, once established, it will out-compete other grasses in a mixed pasture. It can be quite useful if grazing begins early in the season and it is kept in its vegetative form. 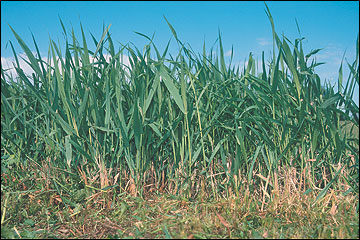 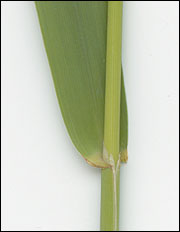