December 1996, Berlin, Wis.
The organochlorine pesticide chlordane was intentionally added to livestock carcasses taken to a rendering plant. The contaminated carcasses were mixed into livestock feed that was distributed to more than 4,000 farms, mostly dairy operations, in a four-state area.

The perpetrator then sent letters to customers notifying them of the contamination, resulting in recalls of cheese, butter and ice cream. Product disposal cost more than $4 million. In addition, 4,000 tons of feed and 500,000 pounds of contaminated fat had to be destroyed. The cost to the feed producer targeted in the incident was over $250 million. The event economically impacted the affected farms, local feed companies, processors and others in the food supply chain.

1984, Wasco County, Ore.
Having followed their cult leader Bhagwan Shree Rajneesh from India to a commune-style ranch in Wasco County, Ore., and subsequently assuming control of the Antelope town council, the Rajneeshees devised a plan to increase their sphere of influence.

After being denied the right to run candidates in the countywide election, they invited homeless people to Rajneeshpuram, formerly Antelope, to increase the number of Rajneeshee voters. The sect also decided to make many of the folks in the nearby town sick so they would not vote. They considered using the AIDS virus, typhoid fever or hepatitis, but settled on Salmonella typhimurium, which they purchased from a Seattle medical company.

Intending to contaminate the water supply, they multiplied the culture and first tested it on salad bars in 10 area restaurants. Nearly 800 people fell ill; 45 were hospitalized. The restaurants involved lost money due to loss of business and liability claims from customers who became ill.

It took one year for the FBI and other investigators to find that the contamination had been intentional, since it initially appeared as if the poisonings were due to poor sanitation. The intentional nature of the poisoning was only discovered as a result of other criminal investigations of the Rajneeshee cult. By that time, Bhagwan Shree Rajneesh had been deported and died in India. Group member Ma Anand Puja, the mastermind behind the contamination, was convicted of the poisoning. The group has disbanded and the town is once again called Antelope.

Writing the plan helps you identify steps that can be taken to reduce the risk that animals or food in your facility can be harmed by intentional contamination. In addition, thinking through the processes used in your operation while developing your food defense plan can help you pinpoint inefficiencies and redundancies that are costing your operation money.

A well-developed response plan helps family members, employees and disaster response personnel respond appropriately to a suspected intentional contamination incident. It maps out a way to contain the damage and get your operation back to normal production levels more quickly. By helping you avoid a prolonged period of non-production, a food defense plan increases your business’ chance of surviving a negative event.

All told, a food defense plan will help you provide safe, high-quality products to your customers, keep your employees safe and well informed, and protect the economic health of your business.

Food defense plans are recommended but not required by the following agencies for the specified food operations or products:

FDA and FSIS inspectors will ask if an establishment has a food defense plan and, if so, will view the plan. FSIS is continuing surveys of inspected plants, hoping to achieve 90 percent voluntary compliance before deciding whether to seek regulation requiring meat and poultry slaughter or processing facilities to have a food defense plan. At the same time, FDA is seeking more regulatory control over food safety and security. By developing a food defense plan now, your operation will be ahead of the game.

What are the steps in developing a food defense plan?
A food defense plan is not nearly so daunting to develop as some of the government-required plans you have already developed, such as a Hazard Analysis and Critical Control Points (HACCP) plan. You can develop a comprehensive food defense plan for your operation in four relatively easy steps.

Assess vulnerabilities
Look for areas where your operation may not be secure. You will need to consider, for example, the accessibility of various areas of your operation, the security of your internal processes and your shipping and receiving system, and the thoroughness of your employee screening and training procedures.

Prepare a response plan
Because food defense planning reduces the risk of intentional contamination rather than eliminating it, you will need to write a response plan for fast, efficient containment of any emergency that does occur. 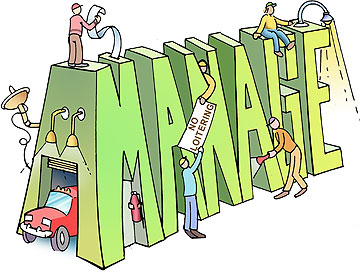 Manage your food defense plan
Plan management involves reviewing the plan periodically as well as anytime a change is made to your operation that could potentially open up new vulnerabilities, and testing the plan either randomly or on a set schedule two to four times a year.

With a food defense plan in place, you can feel more confident in your operation’s ability to protect the food supply from intentional contamination.