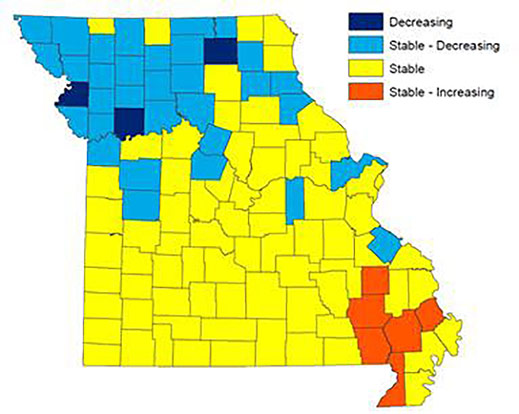 The Missouri Department of Conservation estimates the wild turkey population is declining in nine counties but increasing or remaining stable in the other 105 counties. 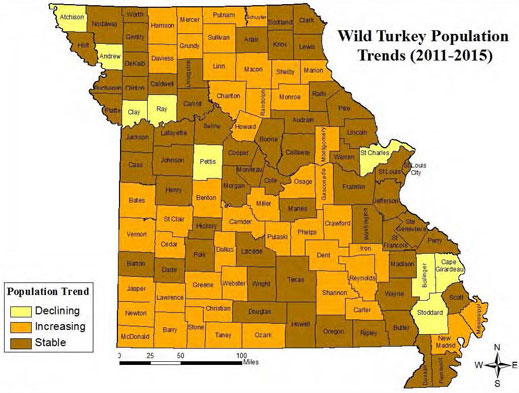