Watermelon: The food of angels 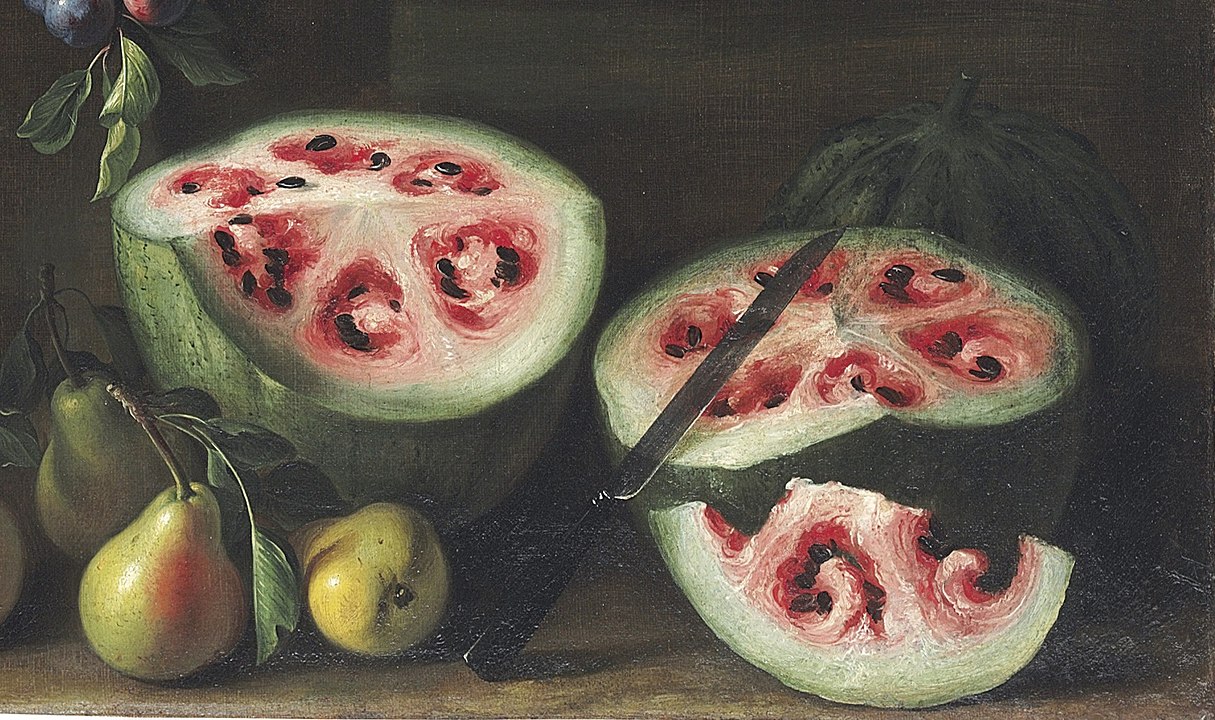 Mark Twain wrote that one who has tasted watermelon “knows what the angels eat.”

The tough, drought-tolerant ancestor of watermelon thrived in southern Africa. Unlike today’s watermelon, it had a bitter flesh. Ancient explorers used watermelons as canteens. Drawings on the walls of Egyptian tombs more than 4,000 years old depict oval-shaped watermelons, suggesting that ancient plant breeders improved the round wild type to bear a sweeter flesh.

The ancient Greek physicians Hippocrates and Dioscorides praised watermelon’s healing properties and use as a diuretic. They also treated children who suffered a heatstroke by placing wet, cool watermelon rinds on their heads.

By the 17th century, watermelon was a popular garden crop in warmer parts of Europe. Spanish settlers in grew watermelon in Florida as early as 1576. Thomas Jefferson grew it at Monticello.

Seedless watermelons were developed in the 1950s. They are the result of crossing a normal (diploid) watermelon with one that has twice the usual number of chromosomes (tetraploid) to form a sterile triploid with three sets of chromosomes.

For optimum taste and sweetness, allow watermelons to fully ripen before harvesting. One way to judge maturity, according to Trinklein, is to observe the belly (the part that rests on the ground). It will turn from white to creamy yellow when the melon is ready to harvest. Another gauge of ripeness is when the tendril across from where the melon attaches to the vine turns from green to brown.

“Of course, there is always the age-old way of judging ripeness by thumping the melon with your knuckle,” Trinklein added. “A deep thud indicates a ripe melon.”

Once harvested, watermelons keep for about a week at room temperature and two to three weeks when refrigerated.