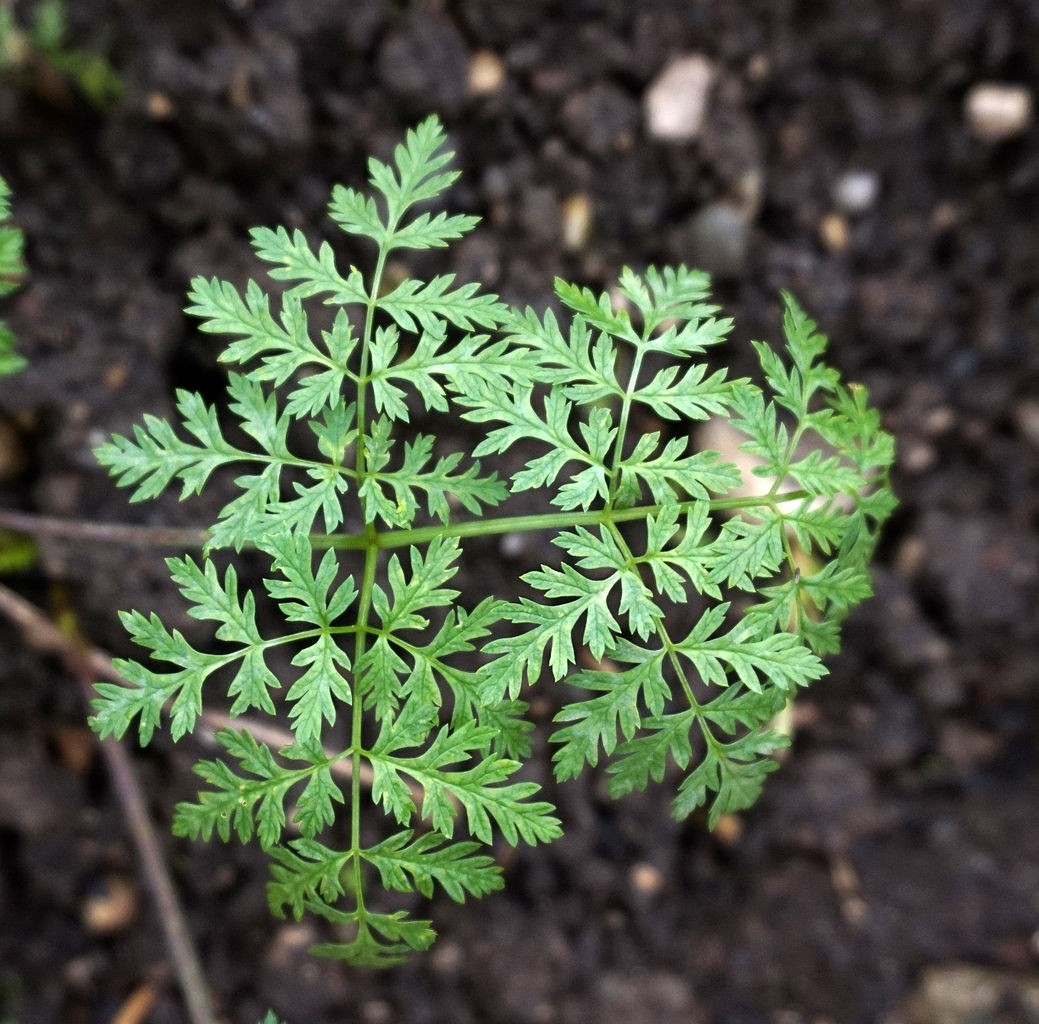 COLUMBIA, Mo. – Poison hemlock, a poisonous plant that can cause death in livestock, is especially toxic in spring, says Gatlin Bunton, University of Missouri Extension field specialist in agronomy.

It can also cause birth defects in the offspring of pregnant animals.

Poison hemlock usually grows in ditches, roadways, fence rows, shaded areas of pastures or loafing areas. Its stems are hallow. It grows low to the ground the first year and forms an upright flower stalk the second year when it bolts. Its purple-mottled stems reach up to 10 feet tall.

Its leaves look like ferns and it is commonly confused with another member of its family, the wild carrot. It can be distinguished from the wild carrot by the lack of hairs and the purple-spotted stems. White flowers form in umbrella-like clusters called umbels and resemble Queen Anne’s lace.

Control with a spot treatment of pasture herbicides while it is in the rosette stage and before the plant forms flowers. Read and follow all label instructions on herbicides to minimize environmental risks. Consult your local MU Extension center for the most effective solution for your area.

All parts of this biennial (scientific name Conium maculatum) contain the toxic alkaloids gamma-coniceine and coniine, as well as other toxic compounds. These toxins are poisonous even in very small quantities, especially to cattle. They can affect sheep, goats, swine, horses, other domestic animals and humans, says Tim Evans, toxicology section head at MU’s Veterinary Medical Diagnostic Laboratory.

Evans says these toxins affect the nervous system like nicotine, initially causing tremors and excitation of the nervous system. Tremors may progress to total paralysis and suffocation. Signs of poisoning usually appear within an hour after an animal eats parts of this plant. An animal can die within a few hours.

In addition, cows that eat this plant during their first trimester of pregnancy may give birth to calves with skeletal deformities, a condition known as “crooked calf” syndrome, says Evans. The offspring of pigs, sheep and goat also can exhibit similar clinical signs.

The leaves of immature poison hemlock plants appear to be most palatable to unsuspecting livestock. Animals usually avoid eating mature plants, especially when other palatable feedstuffs are readily available. This is not the case when poison hemlock is accidentally incorporated into hay, says Evans. Ideally, avoid exposing animals to this plant and do not feed contaminated hay to animals.

To identify poison hemlock and other weeds, go to weedID.missouri.edu.

Image available for this release: