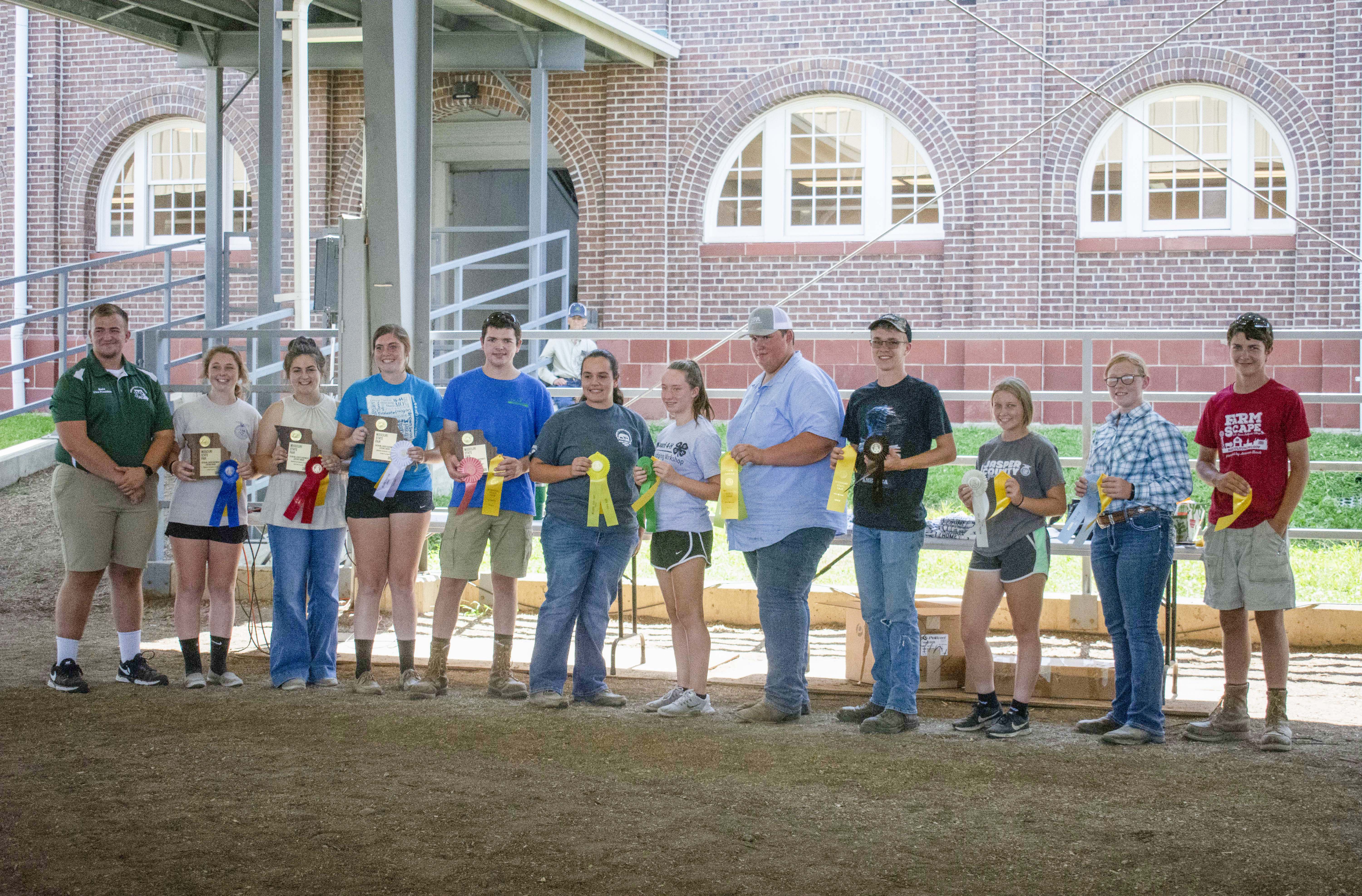 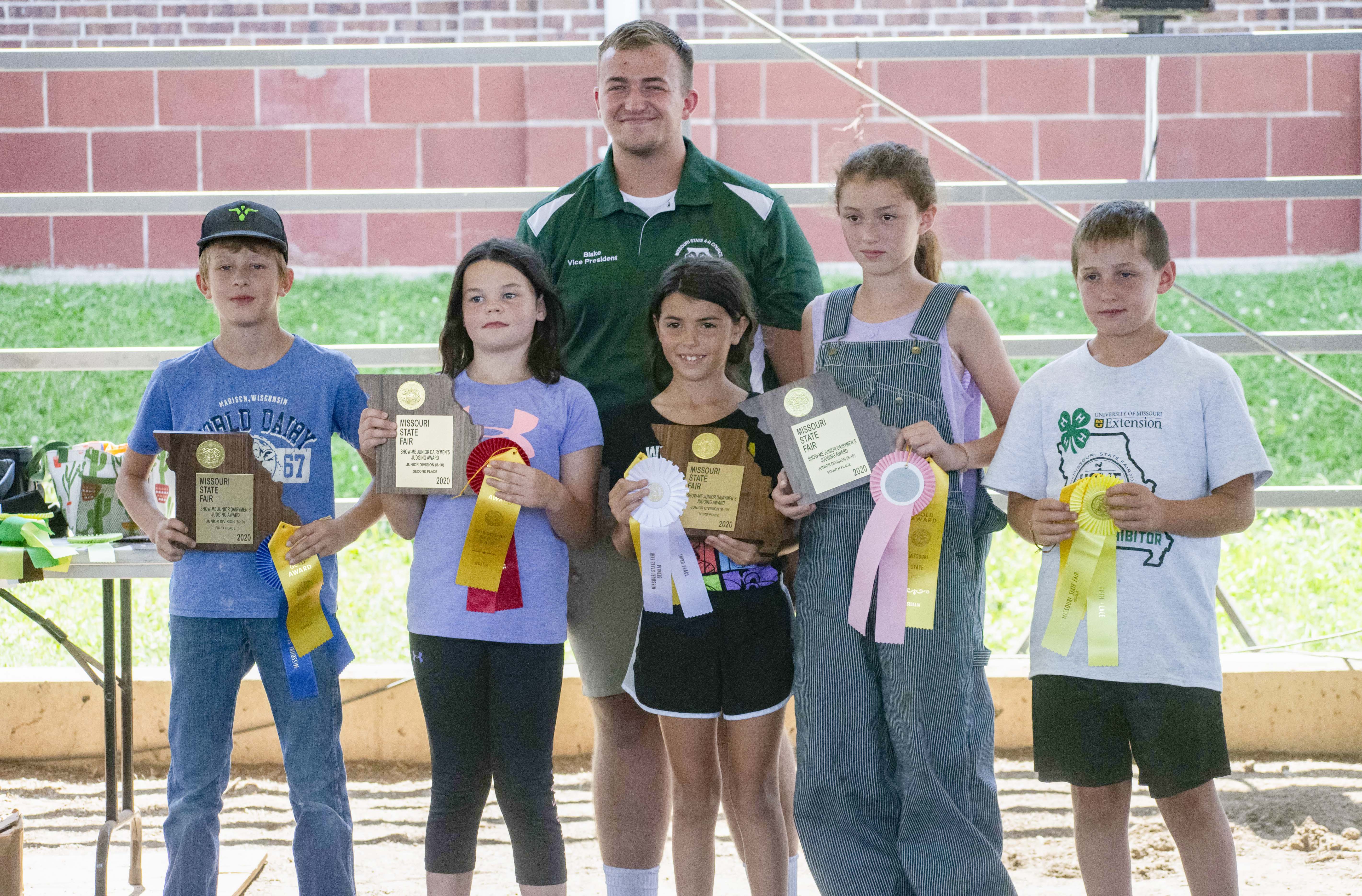 SEDALIA, Mo. – The State 4-H Dairy Judging Contest looked somewhat different this year, but Lila Wantland remained consistent and led the field in dominating fashion at the Aug. 22 event held at the Missouri State Fair in Sedalia. Wantland repeated her 2019 win, following up 2018 and 2017 victories in the intermediate division.

Topping the intermediate division was Molly Archer of Falcon. Archer, daughter of Robert and Jamey Archer, was second in Ayrshires and Brown Swiss. Archer was followed by Monique Turner of Springfield, daughter of Monica and Mike Streets, who was third in Ayrshires. Rounding out the top five were Teagan Hardy of Steelville, daughter of Dustin and Autumn Hardy; Maria Vedder, of New Haven, daughter of Cliff and Tracy Vedder; and Sammi Justice, of Clever, daughter of Jason and Sarah Justice.

In the junior division, Tyson Droste, of Lancaster, had the top score. Droste is the son of Mike and Jenny Droste. In second was Harper VanZyverden, of Marshfield, VanZyverden, daughter of Scott and Rachel VanZyverden, was third in Jerseys. In third and fourth respectively were sisters Ellery and Raylee Couch, of Verona. Daughters of Kenan and Becca Couch, Ellery was second in Jerseys and Raylee was third in Brown Swiss. In fifth was Noah Gunter, son of David and Courtney Gunter, of Conway.

The contest looked a bit different this year. According to Deaver, the contest usually has six classes with the majority being cows. Due to the show being a youth show only, and the smaller numbers of cattle entered, contestants actually placed seven classes of heifers. “We were still able to put together quality classes in each breed, so we were happy we could still hold the contest and give youth the judging opportunity and recognition they deserve,” said Deaver. The top three individuals in each breed received cash prizes sponsored by the Missouri breed associations and supporters of youth dairy programs. The top 10 individuals in each division received rosettes from the Missouri State Fair, and the top four individuals in each division received a plaque from the Missouri State Fair and supporters of the contest. Contestants, their families and exhibitors who provided cattle for the event were treated to pizza and ice cream prior to awards.

Sponsors of the 2020 event include the Missouri Brown Swiss, Jersey, Guernsey and Holstein associations; Sancrest Specialized Transport; Brandt Dairy and Dr. Barry Steevens, as well as Missouri 4-H and the Missouri State Fair.

While the Missouri 4-H Dairy Judging Team will not be competing this fall, plans are in place for the team to compete in 2021. “We continue to practice and work to improve our skills even during this time of reduced face-to-face activity,” said Deaver. “The life skills that youth gain in judging activities – decision-making, problem-solving, public speaking, defending their decisions – are skills that we need to help our kids learn now more than ever. Not only are these skills they will use on a daily basis as adults, but in today’s uncertain world they are skills they will use now.”

The Missouri 4-H Dairy Judging Team receives support from FCS Financial and the Missouri Holstein Association in partnership with the Missouri 4-H Foundation, and thanks all their sponsors for their support. For more information about the dairy judging program, contact either Ted Probert at the MU Extension Center in Wright County at 417-349-4134 or Karla Deaver at the MU Extension Center in Lawrence County at 417-466-3102.

As America's largest youth development organization, 4-H offers youths, families and adult volunteers of all ages many ways to engage, grow and serve – through clubs, camps, contests, conferences, special interest groups, in-school and after-school programs, and more! It's about young people making new friends and memories while preparing to be future leaders – from both rural and urban areas. For more information on how to get involved in 4-H, visit the Missouri 4-H website: extension.missouri.edu/programs/missouri-4-h/get-involved-with-4-h.