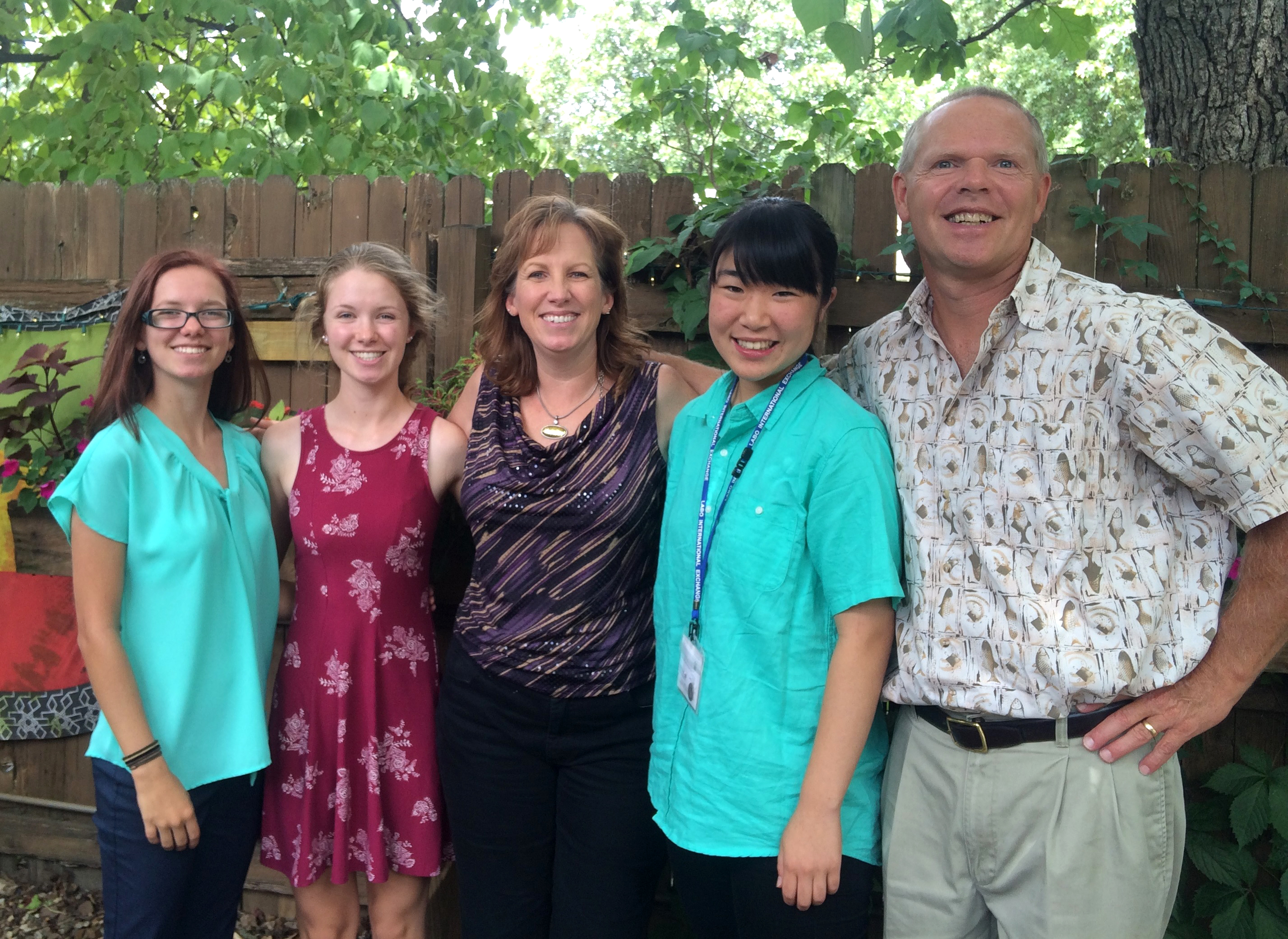 SPRINGFIELD, Mo. – Kotone Ochiai, from Chigasaki, Japan, traveled to Missouri for a monthlong home stay this summer. Kotone came to live on the Peterson family farm near Walnut Grove with Mikayla, 14, Serena, 16, and parents Jennifer and Greg Peterson.

The Petersons are members of the Horsin' Around 4-H Club in Greene County.

Kotone, 17, came to the U.S. through a cultural exchange program with University of Missouri Extension’s 4-H Center for Youth Development.

In order to meet the goal of immersing students in American life, the Peterson family incorporated Kotone into their daily routines and treated her like one of their own daughters. She quickly became a contributing member of the family by volunteering to help in the kitchen, grocery shop or fold laundry.

The Petersons introduced Kotone to tubing on Table Rock Lake, riding a horse, kayaking on the North Fork River, touring Bridal Cave, walking along the Missouri River, attending a bonfire, visiting Riverbluff Cave Museum and attending the Ozark Empire Fair. In Japan, she plays handball and basketball, which she was able to do here in the United States, along with participating in a Japanese culture night at Greenwood School in Springfield.

“Kotone has been studying English since elementary school, ” said Jennifer Peterson. “Occasionally there were times when we had to think of a different way to say something or use charades so she could interpret what we were saying, but that was the exception, not the rule. We were provided with a useful phrasebook that had English and Japanese spellings of common phrases. Kotone also had a translation device that we had to get out when she was describing the oil used to make funnel cakes.”

The Peterson family and Kotone also spent time cooking meals together. She has introduced them to several Japanese dishes while the host family made an effort to share a wide variety of American foods with Kotone, including her American favorite, pizza.

Kotone also attended the Missouri State Fair 4-H Horse Show and stayed in a camper for two nights. She even enjoyed the company of 23 people from the Sac River Stablemates and Horsin' Around 4-H groups that hosted a potluck dinner one evening.

"We are so grateful for this wonderful family experience,” Peterson said. “This exchange program offers families an extraordinary opportunity to gain a deeper appreciation for the youth in other countries, their language, culture and customs. It also provides parents a chance to develop relationships, having a common bond through our children. The downside to the program is Kotone took our hearts back to Japan with her.”

The Japanese intercultural exchange began in Missouri in 1978. Since then, more than 1,000 youth have participated in the program, either being hosted by a Missouri family or as a 4-H member traveling to Japan.

This exchange is coordinated by Joyce Taylor, Missouri 4-H global education coordinator. Host families are located throughout Missouri. The period of hosting was from July 23 to August 18, 2016. Missouri hosted 12 delegates and one chaperon this summer. Everyday family living is encouraged for the hosting experience to help the Japanese youth feel a part of the family and community. For more information, go to 4h.missouri.edu/global-experiences.

From left, Mikayla, Serena and Jennifer Peterson; Kotone Ochiai; Greg Peterson. The Petersons are members of the Horsin' Around 4-H Club in Greene County.