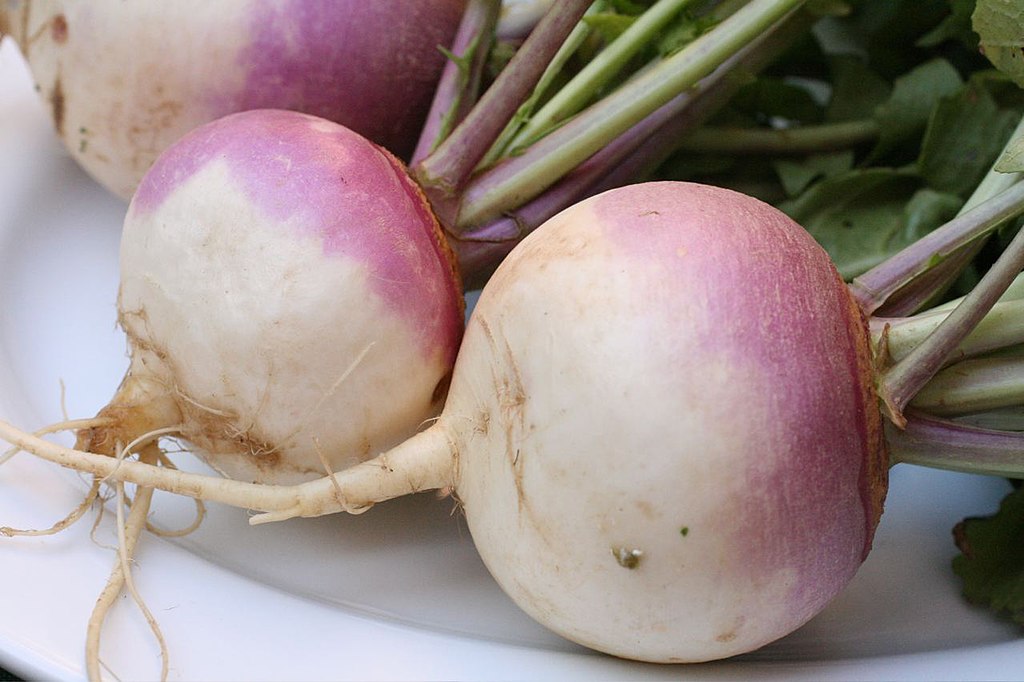 “Evidently, the congressional session of 1948 was a particularly argumentative one, with the GOP-dominated Congress refusing to pass any of President Truman’s initiatives,” said University of Missouri Extension horticulturist David Trinklein.

In response, the president called a special session of the 80th Congress. It was to begin, Truman said, “on what we in Missouri call Turnip Day—July 26.” The term comes from an old Missouri saying: “On the 26th of July, sow your turnips, wet or dry.”

Little significant legislation passed during the 11-day “Turnip Session,” but it helped remind the public that late July is a good time to plant turnips, at least in Missouri, Trinklein said.

Turnip has been grown since prehistoric times. It was an important crop in ancient Greece and classical Rome. French explorer Jacques Cartier is credited for bringing turnip to America in 1541.

Turnip is a biennial plant. It grows a large storage (overwintering) root during the first year. In the second year, it flowers, bears seeds and dies.

Like most root crops, turnip prefers light soils. Heavy clay soils can result in slow-growing, poorly shaped roots. Fertilize turnip in its early stages. Apply a pound of 5-10-5 garden fertilizer for each 100 square feet of soil, Trinklein said. Turnip may not need additional fertilizer if planted following a crop that did well.

“In this sense, turnip is a good ‘cleanup’ crop to make full use of fertilizer applied to the garden during a growing season,” Trinklein said.

Broadcast turnip seeds over soil or plant in rows 12-15 inches apart. Lightly cover seeds with soil. “If seeds are broadcast over the soil’s surface, a light raking after planting usually is sufficient to cover them,” he said. Water lightly until seeds germinate.

Harvesting and storage varies, Trinklein said. Some gardeners pull leaves and roots when roots are about 2 inches in diameter and bind them in a bunch. But if harvesting roots only, wait until they are at least 3 inches in diameter.

If you have room, store turnip roots in refrigerators at slightly above freezing (32-35 F). For large amounts, consider an unheated basement or outdoor pit. To store turnips outdoors, bury them in a waterproof container placed in a slanted position. Put the lid on lightly to allow air to circulate. Cover with straw and a thin layer of soil.

Turnips. Photo by thebittenword.com, CC BY 2.0 (https://creativecommons.org/licenses/by/2.0), via Wikimedia Commons.

Turnips. Photo by thebittenword.com, CC BY 2.0 (https://creativecommons.org/licenses/by/2.0), via Wikimedia Commons.