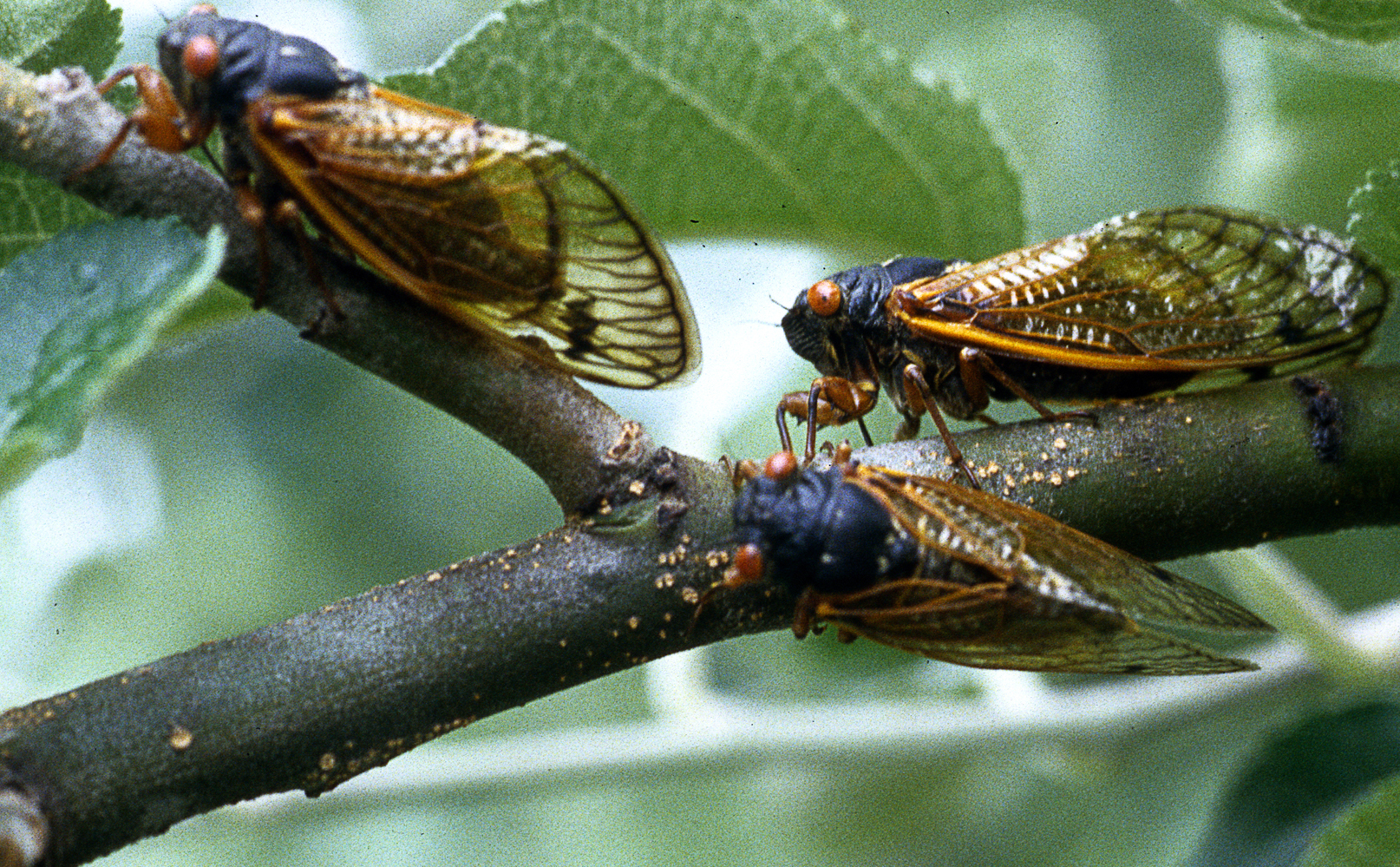 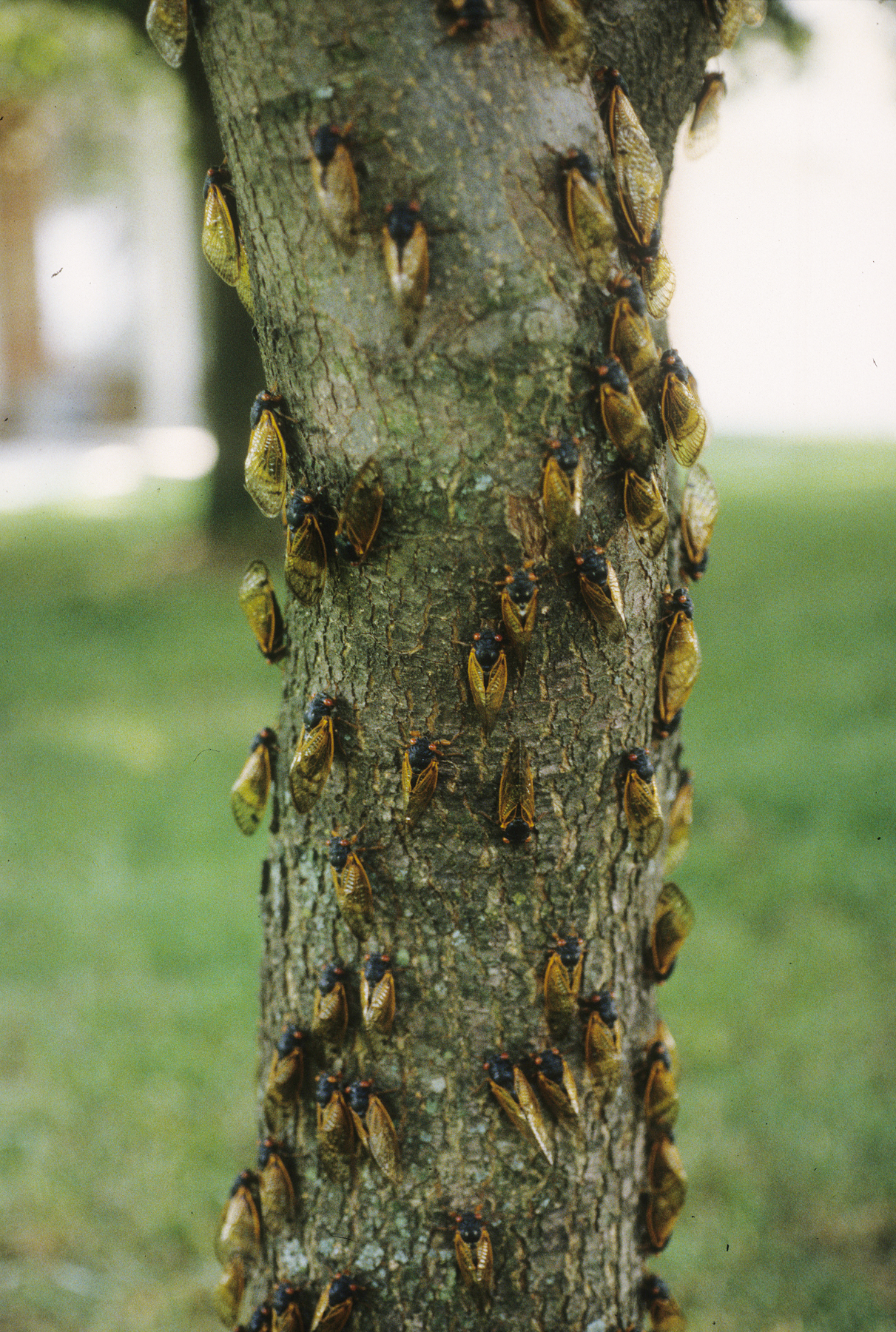 Wingless nymphs will come out of the ground, climb up on objects (trees, sheds, homes), break out of their exoskeletons and emerge as winged adults. They’ll take to the trees and sing, sing, sing, sing.

The periodical cicadas have one job only—to mate.

“The males will form what we call chorusing centers. They’ll get up into trees and start making noise with a tymbal mechanism,” Barrett said.

“This calling is attractive to females, who will fly in and choose a mate.”

After mating the female will use her saw-like ovipositor to cut a slit in tree branches, where she deposits her eggs, Barrett said.

Prior to this free-for-all mating event, cicadas have spent years underground.

They live underground for 13 or 17 years in the nymphal stage, feeding on tree and plant roots, Barrett said. When the adults emerge they look very different from the annual, or dog day, cicadas.

“They’re about three-quarters to 1 1/2 inches in length, they’re black in color with large wings that hang roof-like over their bodies, they have red eyes and red legs,” he said.

They are easy pickings for predators, but they come out in such large numbers that they overwhelm all the natural enemies, Barrett said. The birds, mammals and fish that feed on cicadas eat as much as they can, but there are still so many left. It’s a process called predator satiation, he said.

The noise and numbers can seem overwhelming, but they won’t be around for very long.

“They’ll peak around mid-June and then once they reproduce, once they do what they’re programmed to do, they’ll die,” Barrett said.

Then you won’t see them again for another 13 or 17 years.

This amazing event creates a perfect teaching moment for children.

“Kids will ask, ‘What’s that noise?’ or ‘Look what I found on the side of the tree; there’s hundreds of them.’ It’s at that point that parents have to stop and put down the newspaper, come out of the kitchen and talk to their kids about nature,” Barrett said.