Are fans discarding recyclables properly? MU researcher and students sort through game-day garbage to find out. 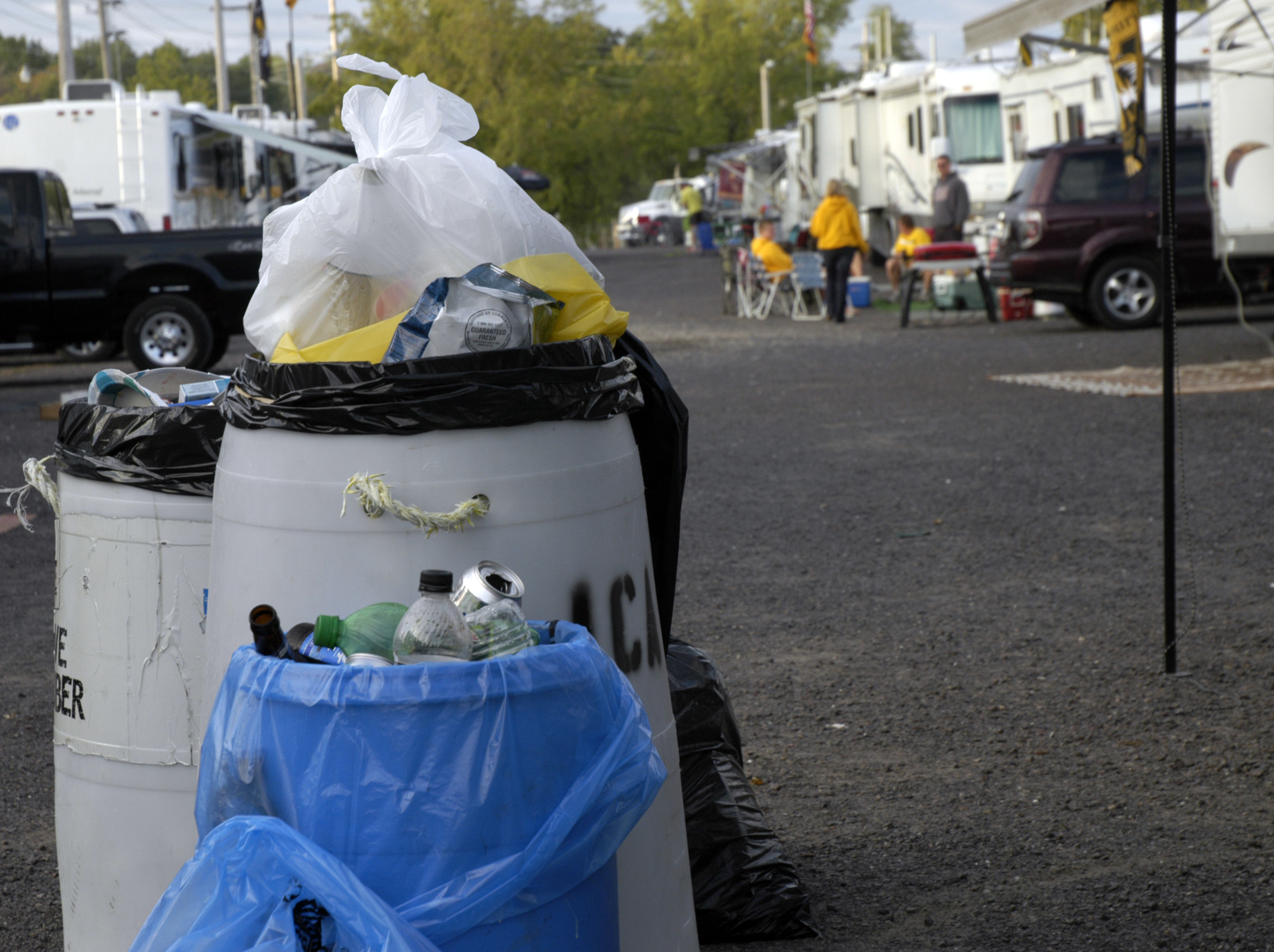 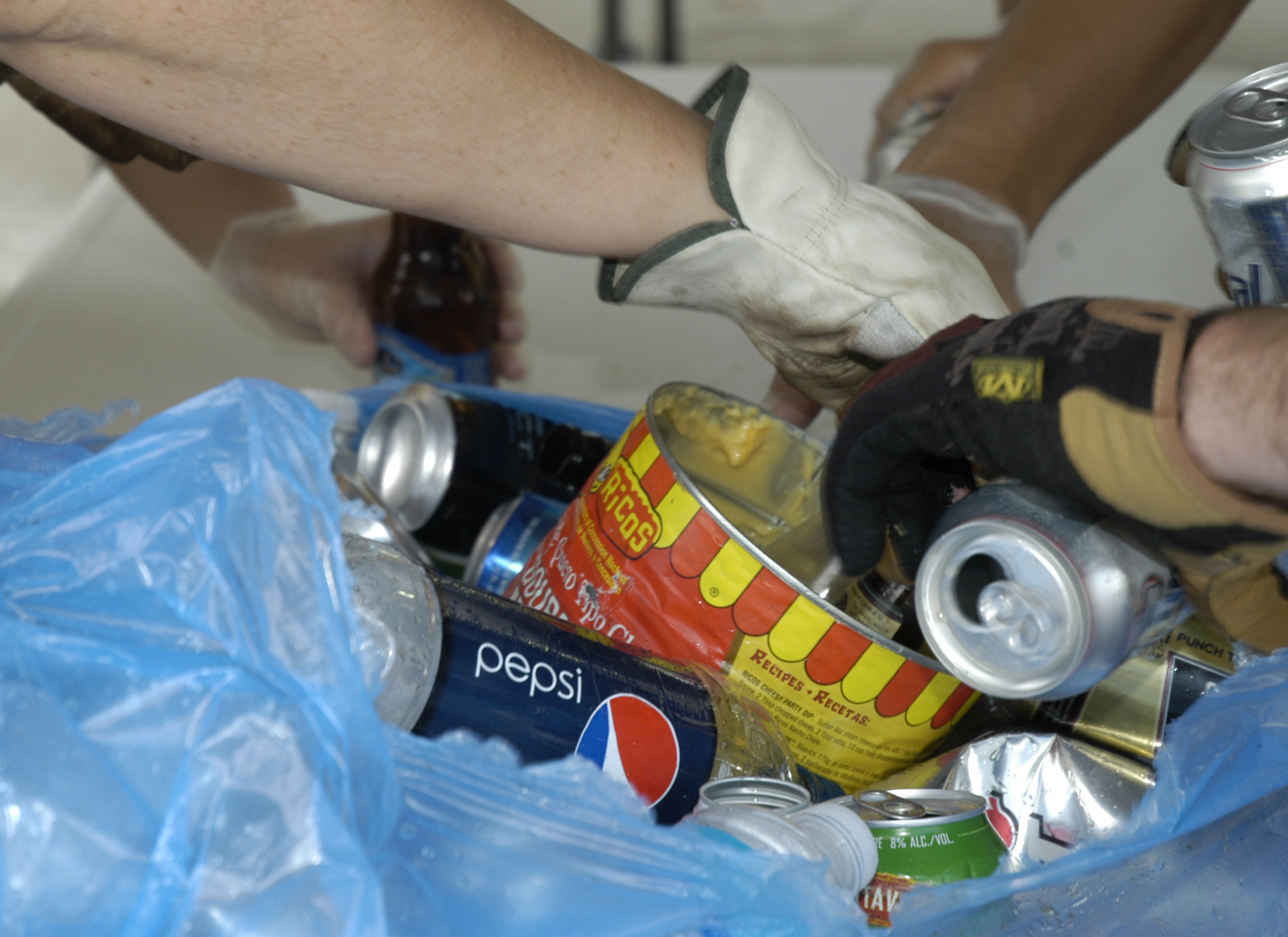 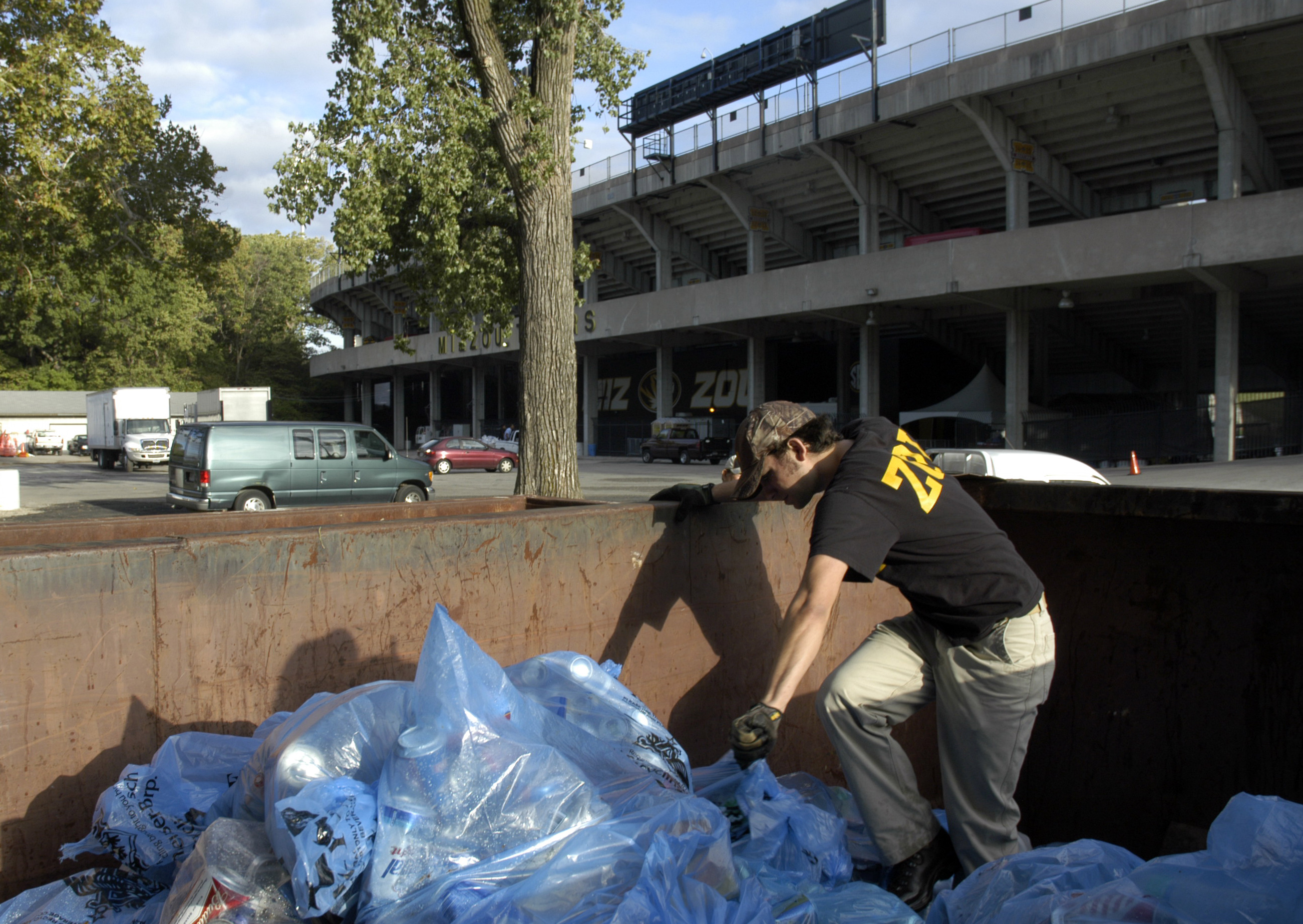 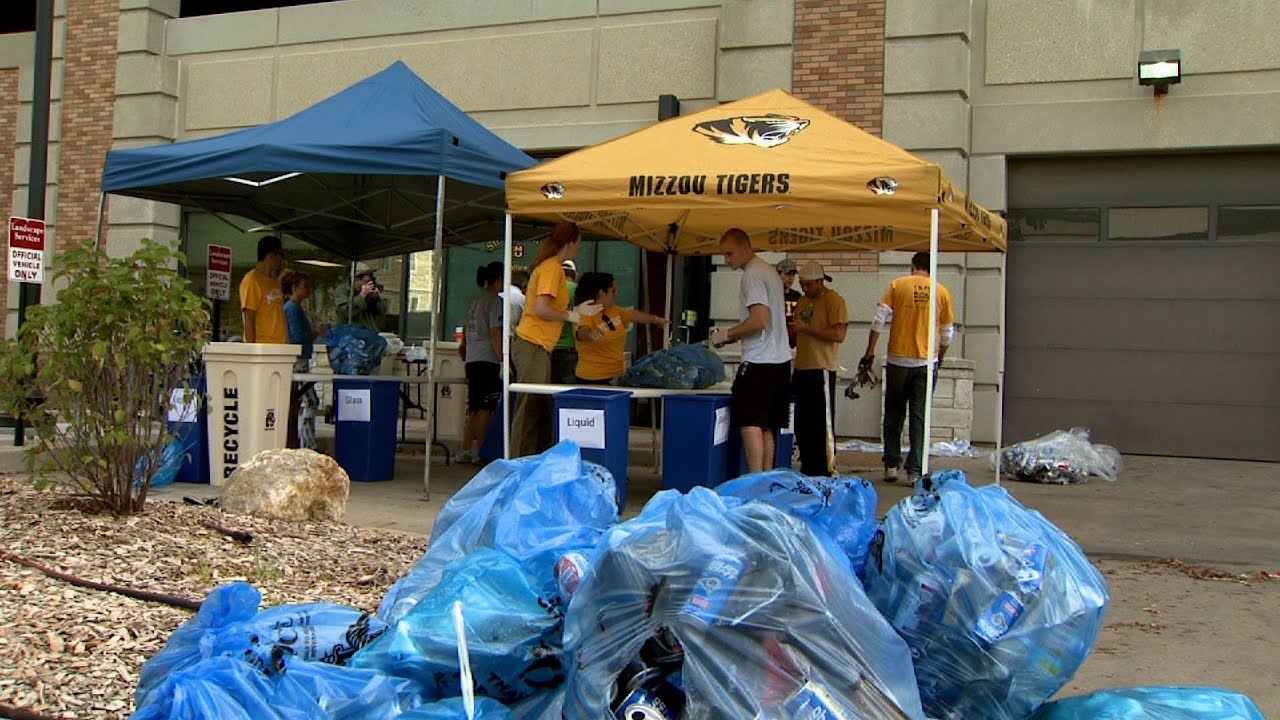 COLUMBIA, Mo.— Mark Morgan’s work as an associate professor of parks, recreation and tourism at the University of Missouri has taken him places ranging from streams in the Ozarks to jungles in Vietnam. Early one Sunday morning in September, his work brought Morgan and some of his students to a line of dumpsters in the shadow of Memorial Stadium on the MU campus.

The Tiger Tailgate Recycling project, a partnership of Sustain Mizzou (an MU student group), the MU Sustainability Office, MU Intercollegiate Athletics and the city of Columbia, encourages football fans at Mizzou home games to dispose of recyclable glass, aluminum and plastic in designated containers. Keeping recyclables out of the trash is good for the environment and saves the university some money on landfill disposal costs. During the 2011-12 season, the program collected almost 15 tons of recyclables.

Fans play an essential role in the success of the program. Project organizers are counting on fans to put recyclables in either the designated bins in and around Memorial Stadium, or in blue bags that volunteers hand out to tailgaters encamped in RVs, vans and pickup trucks.

Morgan and his graduate students enrolled in his class “Visitor Behavior and Policy” decided to see how well the program was working. That meant getting up early the day after Mizzou’s 24-20 win over Arizona State, collecting plastic bags from the dumpsters behind the stadium and cutting them open to see what’s inside.

“Every bag is a new surprise,” Morgan said. One recycle bag contained a whole industrial-sized can of nacho cheese sauce. Other bags contained items such as a $5 bill, a champagne glass and a birthday cake.

“It’s definitely a dirty job, but that’s okay,” said graduate student Chris Logan. “We’re having a good time, talking to everybody, but it’s important. It’s something we want to do for the environment.”

“Human behavior is not perfect,” said graduate student Courtney Schultz. “Fans seem to be doing a pretty good job of at least putting all their materials in a bag, whether or not it’s the appropriate bag.”

According to the Columbia public works department, the city collected almost 3.5 tons of recyclable material from the Arizona State game, including an estimated 30,000 aluminum cans, more than 11,000 glass bottles and about 8,600 plastic containers. Based on the results of the research by Morgan and his class, the tailgate recycling program could increase that amount by at least several tons.

Morgan said that the next step is for his class to brainstorm ideas and develop some practical proposals for diverting the amount of recyclables from the waste stream into the revenue stream.

MU hands out blue bags to tailgaters to encourage recycling of metal, glass and plastic refuse.

Andrew Daniels, first-year graduate student in parks, recreation and tourism, collects recycling bags from a dumpster behind Memorial Stadium the morning after the Sept. 13 home game against Arizona State. The game generated several tons of recyclable was