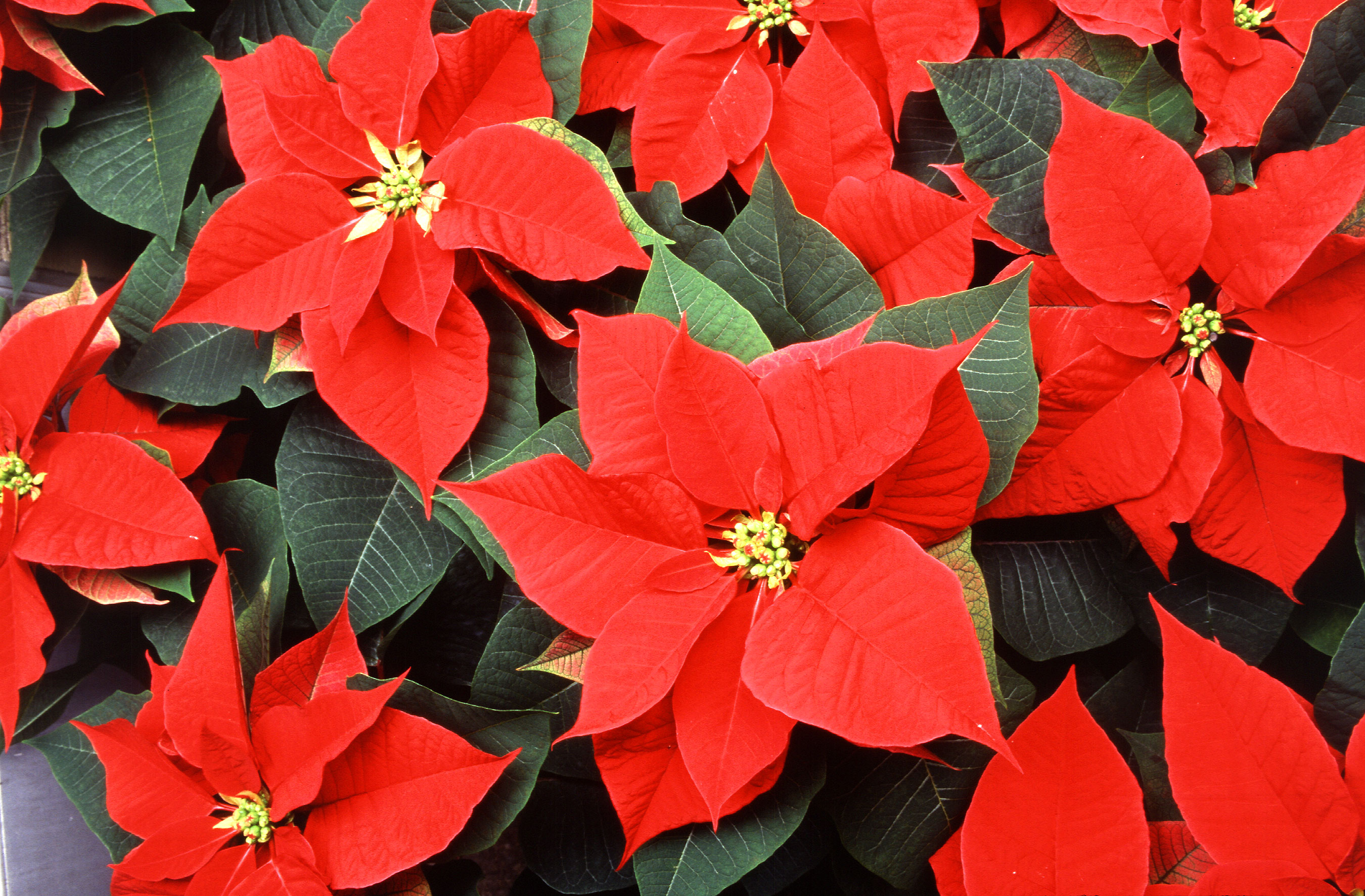 COLUMBIA, Mo. – A century ago, poinsettia was added to Santa’s “naughty” list, but the plant’s reputation for being poisonous is unfortunate, says University of Missouri Extension horticulturist David Trinklein. Its pretty bracts and leaves pose no danger to people and pets, other than possible allergic reactions.

The myth that poinsettia is toxic can be traced back to a 1919 incident in Hawaii involving the death of a 2-year-old child, presumably after eating poinsettia leaves. Later, it was revealed that the child died from other causes and poinsettia was not involved. However, the damage to poinsettia’s reputation was done and word of its toxicity spread quickly.

“You cannot un-ring a bell,” Trinklein said. “Once a myth gains traction, dispelling it becomes quite a challenge.” Modern-day media unfortunately often continue to include poinsettia on lists of toxic holiday plants, he said.

In a 1971 study funded by the Society of American Florists, scientists at Ohio State University fed lab rats “extraordinarily high doses of various portions of the poinsettia.” A human would have to devour several pounds of poinsettia to get an equivalent dose. Yet the rats appeared to be fine. Scientists observed “no mortality, no symptoms of toxicity nor any changes in dietary intake or general behavior pattern.”

In the 1990s, researchers at Carnegie Mellon University in Pittsburgh analyzed almost 23,000 cases of poinsettia ingestion reported by poison control centers. More than 92% of patients showed no ill effects at all, and no one died or became critically ill.

However, Trinklein notes that poinsettia’s sap, which has several proteins in common with natural latex rubber, can cause allergic skin reactions. Therefore, the plants should be kept out of the reach of children.

Of bracts and cyathia

Poinsettia remains the nation’s top-selling potted flowering plant. The fact they are sold only in a narrow span of time between Thanksgiving and Christmas is testimony to Americans’ admiration for the plant, Trinklein said.

The colorful part of the poinsettia that we enjoy isn’t a flower. What look like petals are specialized leaves called bracts. The true flowers, called cyathia (from the Greek for “cup”), are the small, yellow structures in the center of the bracts.

When choosing a poinsettia plant, look closely at the cyathia. Their presence indicates the plant is still young. If the cyathia are missing, it’s likely the plant is past its prime.

Also, check leaves and bracts for wilting, which could indicate root problems, Trinklein said. Examine the underside of the leaves for insect infestation or damage.

If your plants came wrapped in decorative foil, make sure there’s a hole in the foil so water can drain. Water if the pot feels light when you pick it up. If the soil’s surface is clammy or moist to the touch, wait to water. Fertilizer and plant food are unnecessary.

Poinsettia plants can bloom another holiday season for those up to the challenge, said Trinklein. For information on how to save and rebloom a poinsettia plant, visit muext.us/n2966.