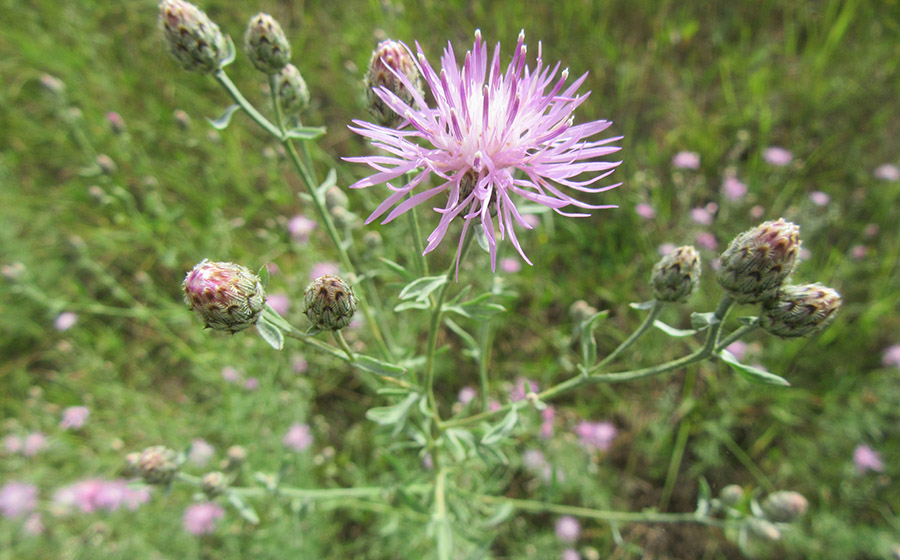 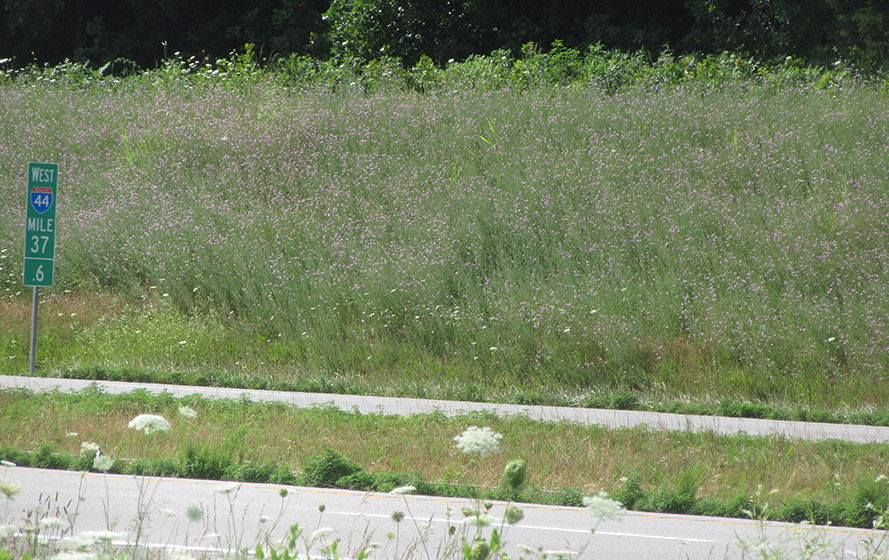 Along about the turn of the century, a new weed made its appearance in the southern portion of Missouri.  The weed was spotted knapweed a relative of the various thistles and had been tabbed a noxious weed in several western and northern states.

University Missouri Extension agriculture specialists in the southwest region of the state, started getting the word out in 2002 that a potential, invasive weed is showing up in several counties.  As word got out, more and more areas reported the bad, but very attractive knapweed plant was quite widespread.  Its presence was also noted by the Missouri Department of Transportation and the Department of Conservation.  Each considered it an invader that we need to jointly wage war on.

Identification and awareness of the pest, which blooms in June and early July after sprouting as a rosette the preceding fall was began.  Of course, as we observed how widespread it was the logical question was how did it come to arrive here and how can it be controlled?

The finger of suspicion pointed to highway and railroad rightaways and excavation sites where the soil was disturbed then reseeded with mulch or seed from the west.  About that same time, we had a lot of fiber optic cable construction going on.  It became apparent there was a connection between that soil disturbance and the beautiful pink flowered weed that appeared in a year or so.

Since the awareness phase, herbicide treatment and weevil releases, the various agencies and Extension have watched closely to see if progress is made in reducing the spread of spotted knapweed.  There’s plenty of knapweed still across the state, but in areas where releases of weevils were made, it appears the weevil is doing what it’s supposed to do.

Unfortunately, some spread exists due to hay harvest and movement of the hay to new feeding areas.  Care should be taken to not spread seed from infested fields to clean ones with equipment.  Knapweed was added to Missouri’s noxious weed list in 2008.  The accompanying pictures shows the blooming plants so take note and do your part to at least slow the spread of spotted knapweed.

Spotted Knapweed along I-44 in Lawrence County

Spotted Knapweed along I-44 in Lawrence County