Save a life: Beat the heat 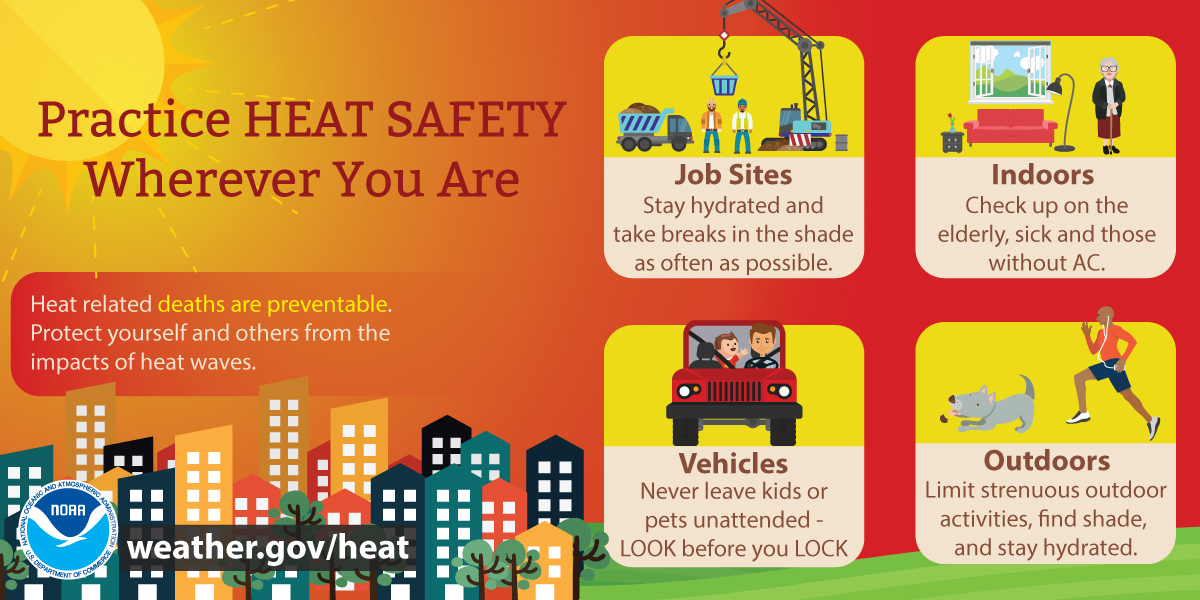 Guinan says the length of the recent heat wave, combined with unusually high humidity, results in very uncomfortable and potentially dangerous conditions for people, pets and livestock. With dew points in the 70s and low 80s, the body cannot cool itself.

He warns Missouri residents to avoid areas that are not cooled during midafternoon. The extreme heat and humidity make that time of the day deadly.

“Heat waves have the reputation of being a silent killer because they evolve over days or weeks,” Guinan says. “They don’t leave instant paths of devastation associated with tornadoes, straight-line winds and flash floods. Nor are they as awe-inspiring as lightning.”

Guinan says the elderly are the most vulnerable population, followed by children or the chronically ill. Urban dwellers face the most risk because concrete, asphalt and traffic increase the temperature. Residents may live in homes that are not air-conditioned and don’t have the ability to raise their windows, he says. “Their homes become virtual ovens.”

Take high heat warnings seriously, he says. Be a good neighbor and check on others, especially the elderly and homebound.

The summer of 1995 was one of the deadliest on record, with more than 1,000 heat-related deaths in the U.S. Most occurred during a five-day period in July. In Chicago alone, more than 700 people perished.

Funkenbusch recommends the U.S. Occupational Safety and Health Administration’s Heat Safety Tool, a smartphone app that lets workers calculate the heat index for their worksite and displays a risk level for outdoor workers. Working in full sunlight increases heat index values by 15 degrees, according to OSHA.

With a simple click, you can get reminders about the protective measures to take for heat-related illnesses. Drink enough fluids, take rest breaks, and check heat illness signs and symptoms, she says.

Go to www.osha.gov/SLTC/heatillness/heat_index/heat_app.html to download the free app for Android or iPhone.