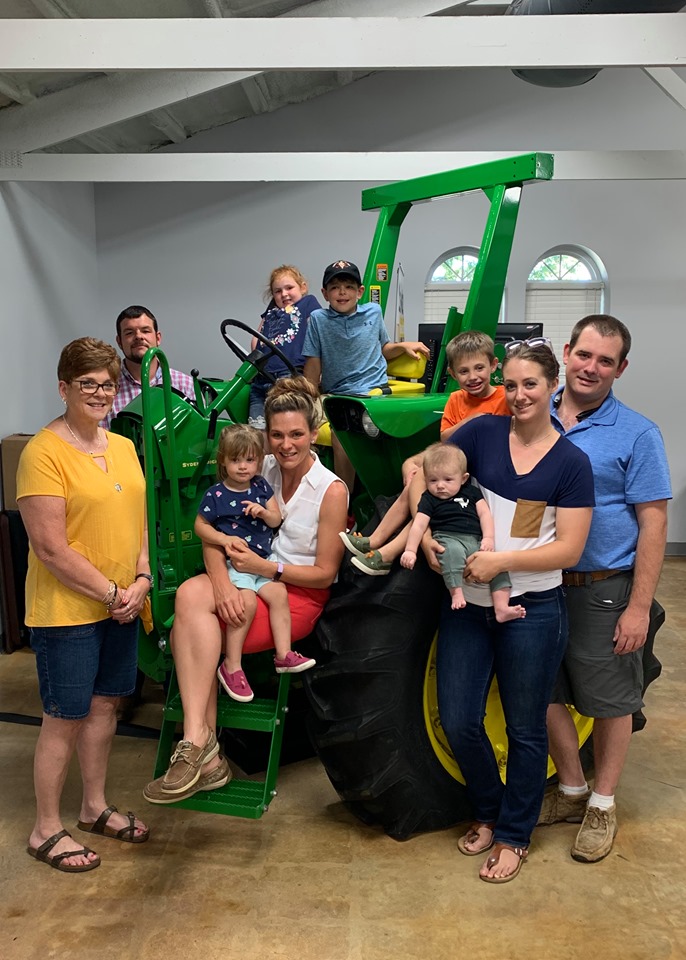 TAYLOR, Mo. – It started as an ordinary Father’s Day with plans for a family get-together celebrating the beloved head of the family. Little did Lacey Miller know that it would be the last Father’s Day that her father would spend on earth.

Miller’s father, Marion County farmer Ralph Griesbaum, died in a tractor rollover accident that June 2018 day while burying a dead cow in a washout. It was a routine farm task turned deadly.

Tractor rollover accidents are the leading cause of death in farming, which is the nation’s most dangerous occupation, according to the U.S. Bureau of Labor Statistics. Rollovers account for more than half of farm-related deaths in the U.S., and 80% of them happen to experienced farmers. One in 10 operators overturns a tractor in his or her lifetime.

But those are just statistics, says University of Missouri Extension health and safety specialist Karen Funkenbusch. Those numbers don’t tell the story of how farm families and their communities suffer emotionally and financially when a farmer dies.

Known for his black cowboy hat and infectious smile, Ralph Griesbaum often shared his passion for agriculture in his 58 years. An auctioneer and square dance caller, he loved talking about farming with 4-H’ers, FFA members and other farmers and cattlemen. He and his wife were high school sweethearts, married just two weeks after her high school graduation. They were looking forward to life on the farm after her retirement from teaching just one month earlier.

Since 1894, Griesbaum family members have raised cattle, hay and grain on the rolling hills that border the Fabius River in northeastern Missouri. A fourth-generation farmer, Griesbaum was like other busy farmers who often overlook safety as they go about routine chores.

But safety is no accident, Lacey Miller says. It takes constant reminders such as those from Funkenbusch and other leaders in the ag community to promote during National Farm Safety and Health Week, observed annually during the third week of September.

Griesbaum was not wearing a seat belt and his tractor did not have a rollover protection (ROP) device when it overturned. Griesbaum was 3 years old when his father bought the tractor – the first new tractor his father could afford. It represented the struggles, hard work and pride of family farming and was a fixture in family photos and at community parades.

Nearly 99% of rollover accidents are preventable when tractors have a rollover protection device and the driver wears a seat belt, says Funkenbusch. The government did not mandate ROPs on tractors before 1985; many of those older tractors remain in use today.

Tractors can be retrofitted with ROPs but require special engineering and installation to adequately protect the driver. A national project offers financial rebates to farmers who install ROPs. In Missouri, more than 70 farmers have signed up since 2016, but the national waiting list is long, and only one Missouri farmer has received assistance so far.

The cost to retrofit a tractor with ROP is small considering the lifesaving potential, says Funkenbusch. The National ROPS rebate program website estimates the cost of retrofitting a tractor with a roll bar at $1,200.

Penn State Cooperative Extension says 70% of farms where a rollover accident occurs go out of business within five years. That is because a fatality costs the family and society an estimated $900,000, in addition to the loss of agricultural knowledge and management experience.

Luckily, Ralph Griesbaum left behind a fifth generation of farmers. Lacey and her husband farm half of the farm and her brother farms the other half, each day seeing the place where their father died.

The daily encounters remind them to be intentional about safety during upcoming fall calving and harvest, checking grain bins, taking children to school and other routines. They try to share the word with other farm families so they can avoid the loss Lacey’s family experienced.

The family suggested memorials for their father go to Missouri Farm Bureau Foundation for Agriculture. The memorial fund was used to establish a permanent exhibit in the Missouri Farm Bureau building on the state fairgrounds in Sedalia. The exhibit features a tractor retrofitted with a rollover protection device and a looped video with the Griesbaum family’s story.

“We had tragedy. Please don’t have it in your family,” says Miller. “Safety is no accident. You must do the safe thing every single time.”

https://extension.missouri.edu/media/wysiwyg/Extensiondata/NewsAdmin/Photos/2022/22020909-nfshw-1.jpg
A permanent exhibit in the Missouri Farm Bureau building at the state fairgrounds features a tractor retrofitted with a rollover protection device and a looped video telling the story of Marion County farmer Ralph Griesbaum, who died in a 2018 tractor rollover accident. A memorial fund established by Griesbaum’s family, pictured, paid for the exhibit. Photo courtesy of Lacey Miller (seated, front row). 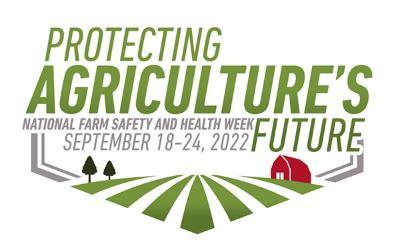 A permanent exhibit in the Missouri Farm Bureau building at the state fairgrounds features a tractor retrofitted with a rollover protection device and a looped video telling the story of Marion County farmer Ralph Griesbaum, who died in a 2018 tractor rol

A permanent exhibit in the Missouri Farm Bureau building at the state fairgrounds features a tractor retrofitted with a rollover protection device and a looped video telling the story of Marion County farmer Ralph Griesbaum, who died in a 2018 tractor rol