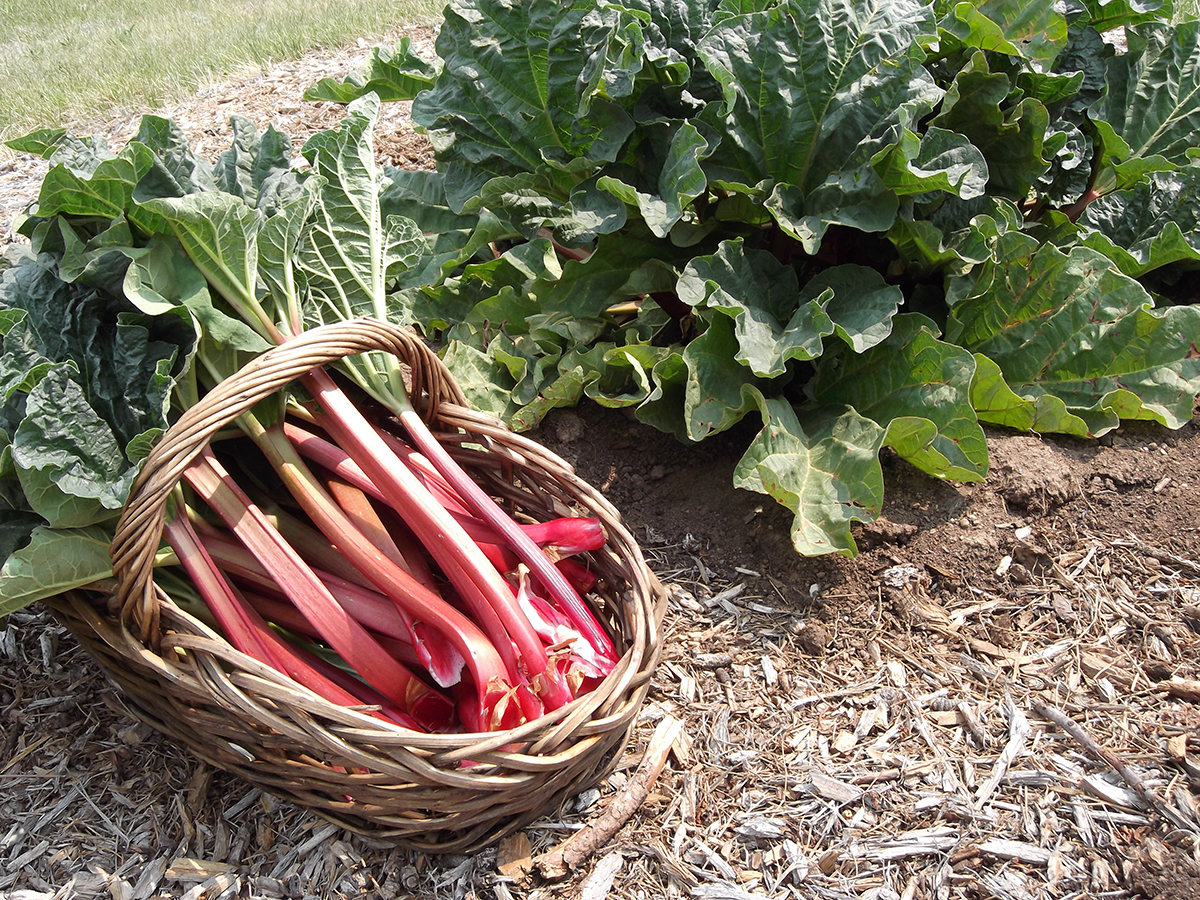 COLUMBIA, Mo. – Fans of the popular public radio show “A Prairie Home Companion” know that rhubarb cures life’s ailments. When life cannot get any worse, “one little thing can revive a guy, and that is a piece of rhubarb pie,” according to the show’s creator, Garrison Keillor.

Whether that is truth or fiction, rhubarb is known as the “world’s favorite pie plant,” said University of Missouri Extension horticulturist David Trinklein. Cooks prize rhubarb for its thick, crisp leaf stalks that have a tart, sour taste.

March is an ideal month to plant rhubarb, a perennial vegetable that favors cool weather. It produces large, floppy leaves attached to succulent stalks or petioles that grow from short, thick underground rhizomes.

As early as 2700 B.C., the Chinese used roots of the rhubarb plant to treat malaria, constipation and other ailments.

Explorer Marco Polo introduced rhubarb to Europe in the 13th century. Because of its reputed medicinal qualities, rhubarb commanded a price three times higher than opium. By the early 15th century, rhubarb was among the items carried by merchants along the Silk Road, a network of trade routes that stretched from the Mediterranean to the Far East.

By the 18th century, rhubarb was a popular pie filling in Europe. Ben Franklin was one of the first to introduce rhubarb to the New World. By the early 1800s, New Englanders grew and sold rhubarb widely.

Rhubarb’s popularity increased when sugar became affordable to the middle class. However, rhubarb became a bit harder to swallow during the sugar rationing of World War II.

Rhubarb is a full-sun plant that needs at least six hours of direct sun each day. Since it favors cool weather, rhubarb benefits from some afternoon shade in Missouri. It does not grow well in most of southern Missouri because of higher summer temperatures.

It tolerates a variety of soil types but prefers those high in organic matter. Like most perennial plants, rhubarb needs excellent drainage. Do not grow rhubarb where water will stand at the base of the plant, or in soils with high clay content, Trinklein said. Composted manure and other forms of organic matter improve poorly drained soils.

Trinklein recommends adding about 2 to 2.5 pounds of a complete garden fertilizer such as 10-10-10 per 100 square feet of garden area at the start of growing season. A light side dressing of a fertilizer high in nitrogen or application of 2 to 3 inches of compost or manure after harvest also helps.

Most gardeners propagate rhubarb from crown divisions. Buy propagules as soon as they become available in the spring, said Trinklein.

Plant rhubarb in a shallow trench. Each dormant growing point, or bud, should be about a half-inch below the soil’s surface. Mature rhubarb plants are large. Space plants 2 to 3 feet apart in rows separated by at least the same distance. Firm the soil around the crowns, then water. Keep plants uniformly moist during establishment and avoid overwatering. Do not harvest rhubarb the first year.

There is little margin for error when harvesting rhubarb. Its leaf blades contain oxalic acid, which crystallizes in the kidneys and, in extreme cases, can cause death. Rhubarb’s roots contain compounds called anthraquinones that have a laxative effect in humans. Only the leaf stalks of rhubarb can be eaten safely.

Harvest from healthy rhubarb plants lasts about two months. To harvest, grasp the leaf stalk near its base and pull it to one side while twisting the stalk. Avoid harvesting rhubarb with a knife, since cuts encourage crown rot. Remove the toxic leaf blade soon after harvest for crispness. Refrigerate in plastic bags and use within five to seven days or freeze. Frozen rhubarb lasts about one year.

Remove flower stalks when seen. This forces the plant to put its energies into the leaves and roots instead of flowers and seeds.