Plan to kill toxic perilla mint this spring or summer 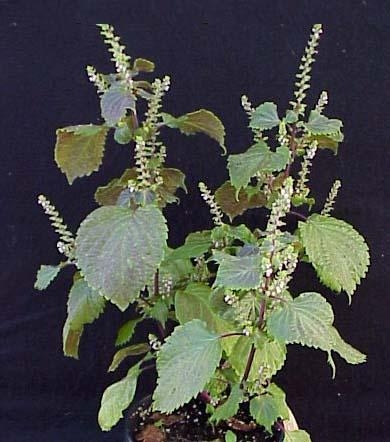 Cole urges producers to plan to destroy the annual plant in pastures next spring or summer. Broadleaf pasture herbicides, applied April through June before seed set, provide control when applied at the correct rate, he says.

Perilla mint, also known as rattlesnake weed and beefsteak plant, generally does not cause problems in healthy cows, said Cole. Mint poisoning occasionally occurs in thin cattle that are hungry, when pastures are overgrazed or when there is limited forage.

“Cattle don’t normally bother it, but for some reason these cows must not have had a mother tell them not to eat it,” Cole quips.

Perilla mint appears in shaded areas where the soil is damp or along fence rows, Cole says. It has a distinctive appearance and smell. “Once you see or smell it, you’ll never forget it,” he says.

The plant’s square stem bears leaves that have a purple tinge. The plant grows up to 2 feet tall and bears small, white flowers. It is most toxic when flowering.