Peonies thrive on neglect, can live more than 100 years 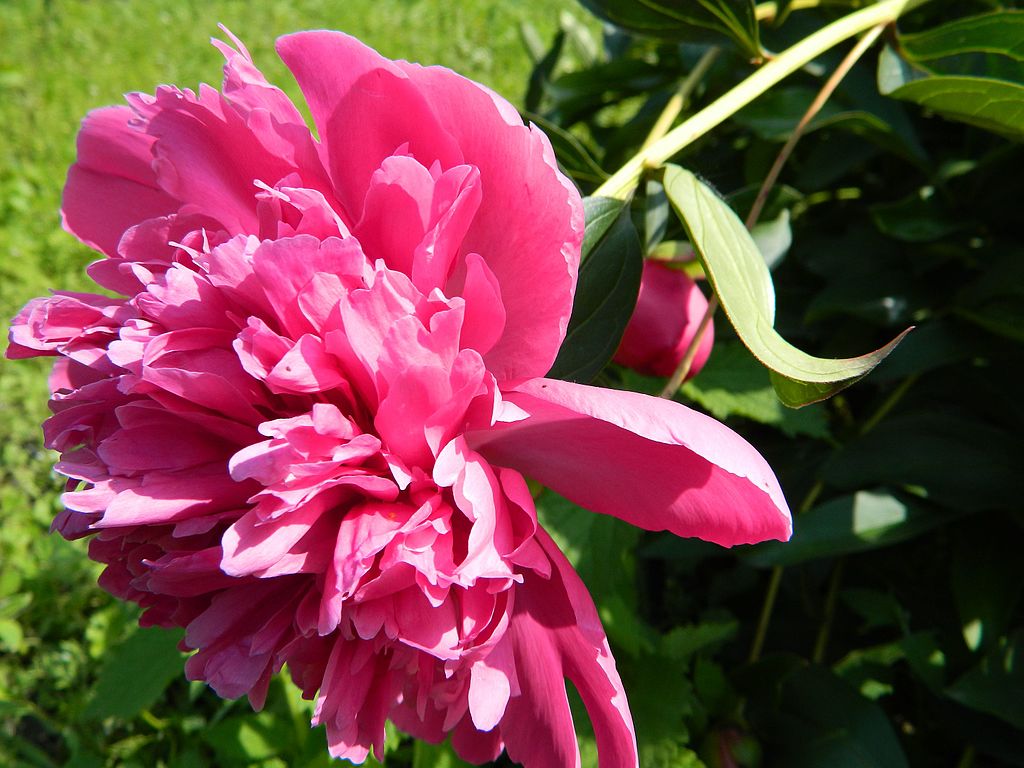 COLUMBIA, Mo. – Peonies serve as the traditional flower of Memorial Day. Their huge, lavish blossoms stand as fragrant sentinels in country cemeteries, conjuring memories of times and people past.

In the 1800s, when the holiday was called Decoration Day, peonies were one of the few flowers in bloom in late May and were widely used to adorn the graves of fallen soldiers, said David Trinklein, University of Missouri Extension horticulturist.

Today, they line the sidewalks and backyards of older homes and often serve as reminders of where farmsteads once stood. Peonies stand the test of time—lasting years, decades or even a century when undisturbed.

“Peony is a good example of a flowering perennial that often outlives its original caregiver,” says Trinklein. “I have personal knowledge of a planting of peonies in Missouri that is over 100 years old, according to the owner of the property on which they are growing.”

Peonies thrive with relatively little care, and their self-sufficient nature makes them one of America’s most treasured garden flowers for weddings, fresh bouquets and grave decorations. They are deer-resistant and, for the most part, pest-resistant.

The nectar inside peony buds attracts ants, which are not harmful to the plants. After peonies bloom, the ants move on to find a new food source.

Unlike most perennials, peonies rarely need to be divided, and they can be challenging to transplant, said Trinklein.

Peonies prefer full sun and loamy soils. Space 3-4 feet apart in an area that receives at least six hours of sun per day.

There are some don’ts with peonies:

• Avoid planting in areas that get a lot of wind because peonies can become top-heavy when budded or flowering.

• Avoid moving plants unless absolutely necessary. If you must move, do so in the fall after they have gone dormant.

• Do not use an insecticide to kill ants on peonies.

Cut peonies do not last long, but when buds are at the “marshmallow” stage (if you cut open a bud that is showing some color, it has the consistency of a marshmallow when gently squeezed), they can be cut and stored for later use. Cut at an angle, put stems in water and cover with cellophane. Store in the refrigerator and bring out later and allow to bloom.