Pansy: Not just another pretty face 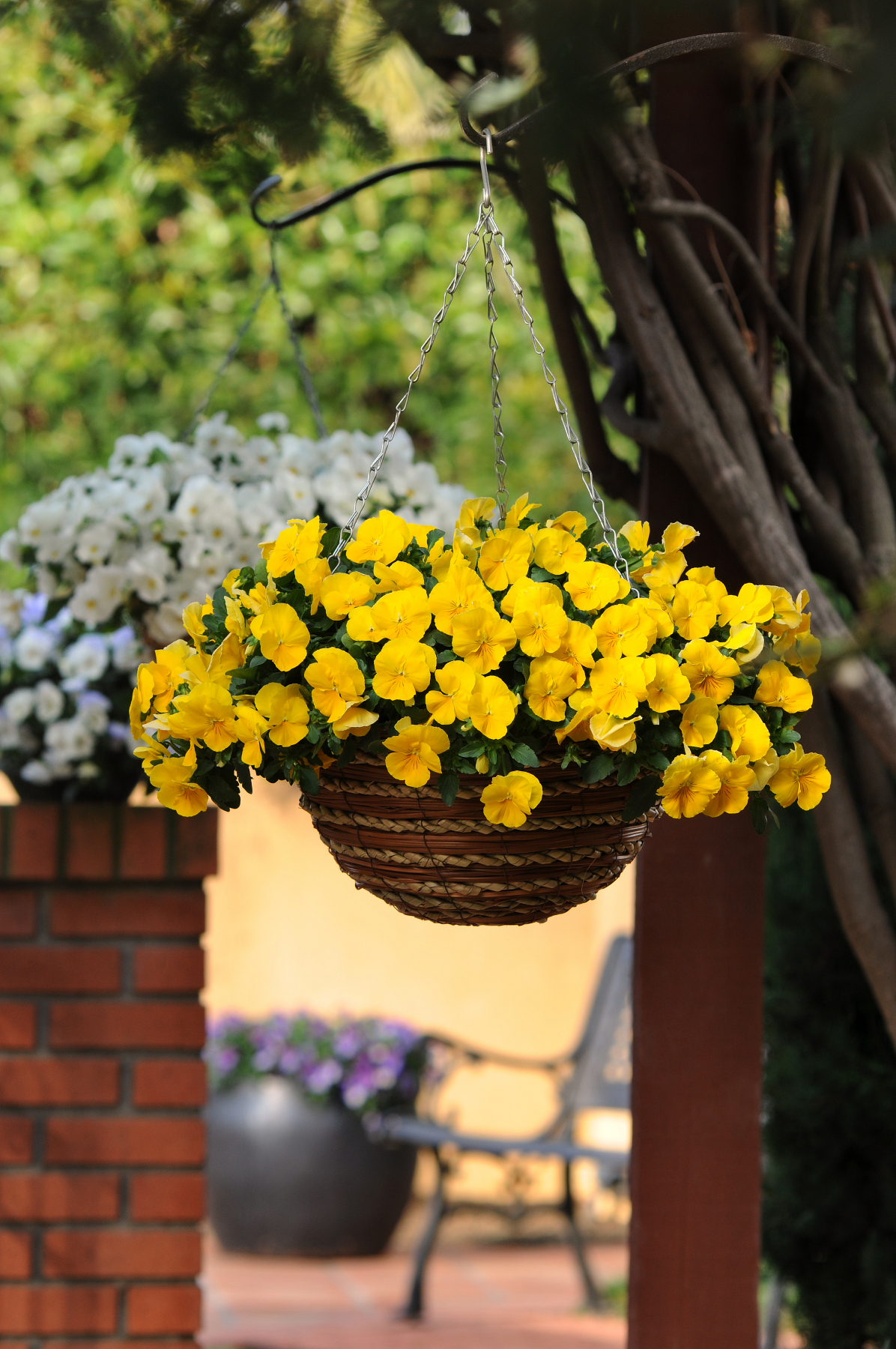 COLUMBIA, Mo. – Nothing says spring like the shining faces of pansies.

“If ever there was a plant that deserved the title of the flower for all seasons, it is pansy,” says Trinklein. “As you read this article, somewhere in North America pansies are blooming prolifically in a garden, much to the enjoyment of those observing them. That same statement truthfully can be made any month of the year.”

This cool-loving plant flourishes in winter in the far south and in summer in the north. Midwesterners enjoy its unique color and delicate fragrance in spring and fall.

The name pansy comes from the French word “pense,” for “thought” or “remembrance.” When a watchful gardener noticed that a certain viola flourished in sunny alpine meadows, it received the common name of wild pansy.

European gardeners grew both violas and wild pansies in abundance. In the 1800s, the English nobleman Lord Gambier and his gardener, William Thompson, began crossing various species of the genus Viola. These crosses resulted in larger flowers with unusual colors and color combinations. History credits Thompson with the cross that resulted in the now-familiar Viola x wittrockiana. It produced flowers with huge blocks of color on the lower petals. The flowers of many previous crosses had only lines of contrasting color.

By the mid-1800s, pansy breeders developed hybrids with more vigor and flowers with no dark blocks or lines. Thus, “clear” pansies got their start.

The popularity of pansies then skyrocketed in North America. A 19th-century seed catalog described pansy as the “most popular of all flowers grown from seed—our sales exceeding one hundred thousand packets a year.” That was a remarkable statistic, considering the early date and the U.S. population at that time.

Over the past several decades, plant breeders in the U.S., Germany and Japan have produced pansies with new colors, including shades of pink, rose or orange, as well as flowers with unusual bicolor designs.

“Given the current popularity enjoyed by pansy, the improvement of this charming little plant is far from over,” Trinklein says.

Most gardeners plant pansies started by commercial greenhouses and sold in bedding packs. Choose plants that are stocky, have healthy leaves and are free from pests, he says. Choose plants with several unopened buds that display more color sooner.

Pansies enjoy mild temperatures and abundant sunshine. Unfortunately, this combination is available only in the spring and fall in the Midwest.

To extend the useful life of pansy in the spring or to get an earlier start on fall color, choose an exposure of morning sun followed by afternoon shade.

Pansy should be considered an annual in Missouri, but fall-planted pansies frequently survive winters here and produce color in the late winter or very early spring after temperatures begin to moderate.

Pansies have a fine and delicate root system, so choose soil that is porous and highly enriched with organic matter, which promotes soil aeration and water retention. Incorporate 3-4 inches of well-decomposed organic matter to prepare soils for the production of annual flowers. Additional pre-plant fertilizer may or may not be required.

Plant pansies about 6-10 inches apart and water well, aiming the water at the base of the plant. Do not let pansies. In most settings, add 1-2 inches of water weekly. Apply water-soluble fertilizer if needed.

Pansies are relatively disease- and pest-free.