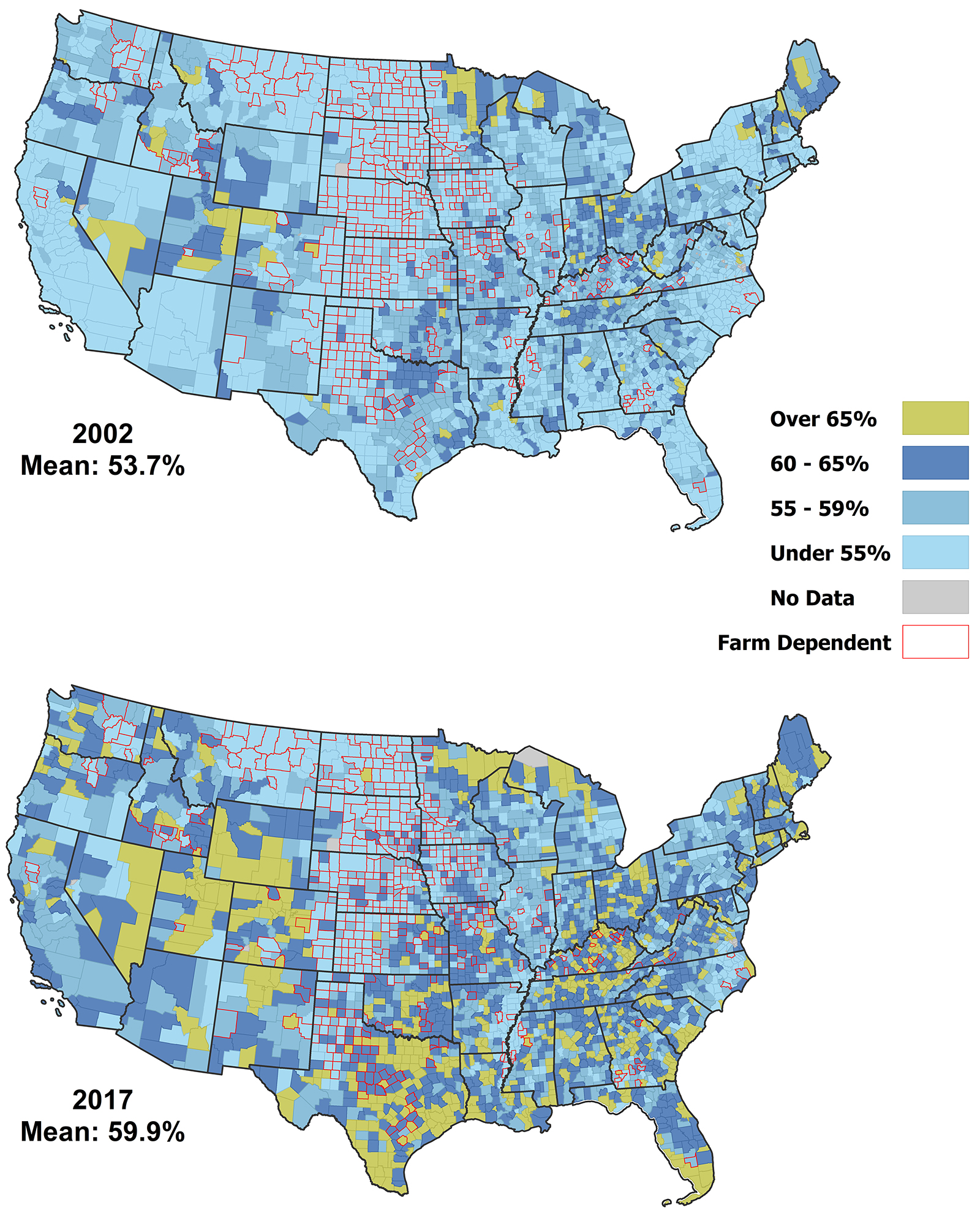 COLUMBIA, Mo. – Farm households increasingly rely on off-farm income. A report from University of Missouri Extension notes that, on average, 82% of farm household income comes from outside the farm.

More than half of the principal operators of farms have primary jobs off the farm, said Alan Spell, MU assistant extension professor and a co-author of the report.

“The Importance of Off-Farm Income to the Agricultural Economy” highlights the growing interdependence of rural and urban economies over the past several decades, Spell said. “The agricultural sector is vital to the U.S. economy and to rural communities. As productivity continues to reduce the need for farm labor, however, we need to recognize the growing importance of other sectors, and nearby cities, to rural economic prosperity and farmers’ well-being.”

More than half the residents of nonmetro and farm-dependent counties commute to other counties for work, he said. Farm operators with off-farm jobs typically work in areas such as construction or manufacturing, while spouses often have jobs in retail or wholesale trade or health care services.

Reasons cited for off-farm employment include the need for a stable source of income to support farm operations and job benefits such as health insurance and retirement plans. Outside income is particularly important to younger farmers, who often have higher debt loads as they grow their operations.

The report, which draws on data from the USDA’s Economic Research Service as well as employment and commuting data, was commissioned by the Denver-based CoBank, a major provider of loans and other financial services to the agricultural sector.

“The rural economy has become more diverse and more complex than it was even 15 years ago,” said Dan Kowalski, vice president of CoBank’s Knowledge Exchange. “What that means for those of us who serve rural communities is we have to evolve our understanding of what fuels rural economies and what these communities need to succeed and thrive. In many cases, the historical concept of ‘rural’ no longer applies.”

Spell said these trends also have policy implications. “The story of rural communities being solely dependent on agriculture is missing the evolving reality that workers, and often farmers, depend on a greater diversity of job opportunities to make a living,” he said. “Rural development programs that recognize this changing landscape will be better able to support economic growth.”

Examples include rural broadband expansion programs. “Lack of internet services was a problem before the COVID pandemic,” Spell said, “but the crisis demonstrated how important it was for rural residents and businesses to be connected to services and customers outside their region.”

Percent of principal operators with full- or part-time employment by county, 2002-17.

Percent of principal operators with full- or part-time employment by county, 2002-17.