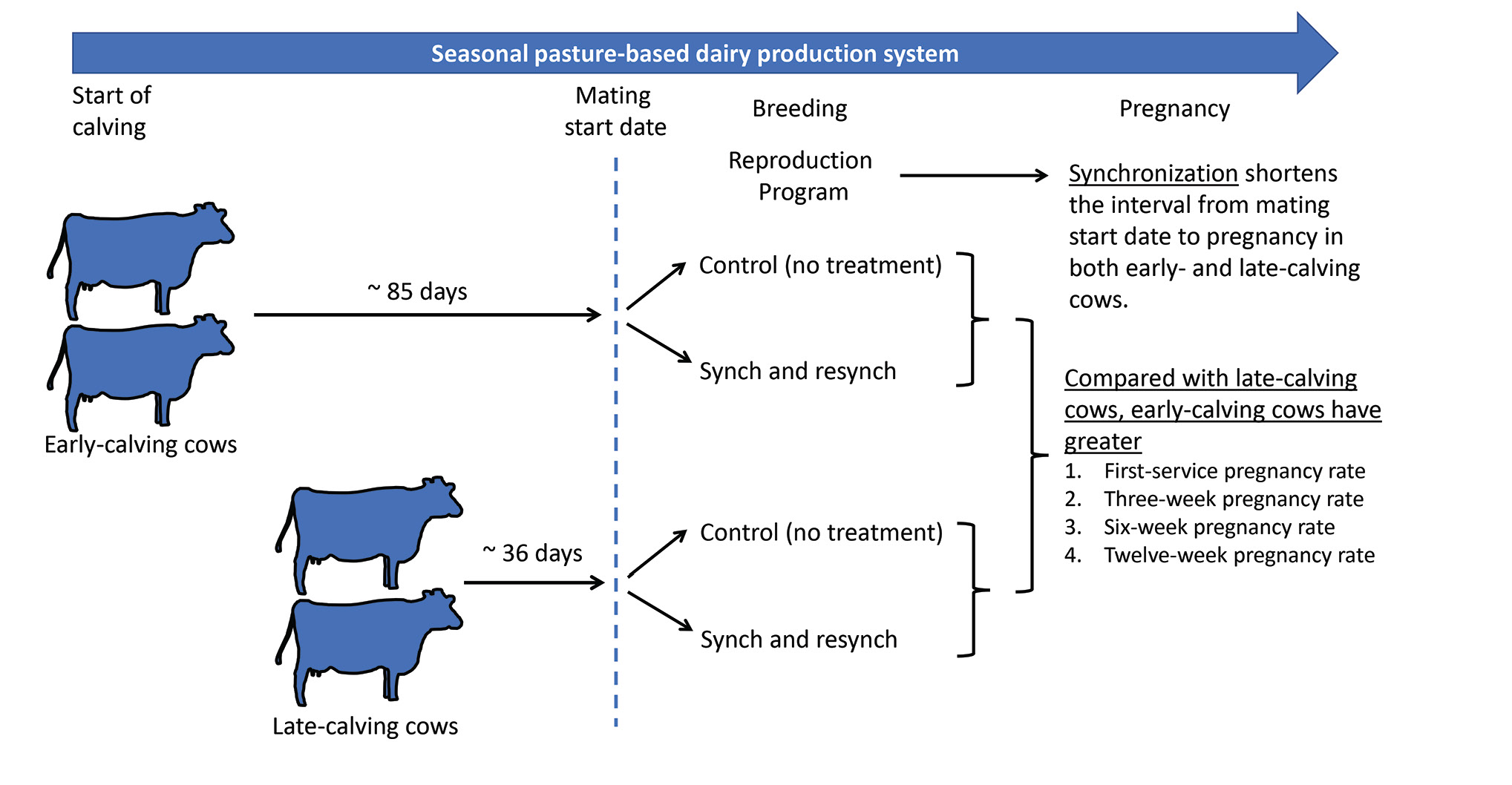 COLUMBIA, Mo. – Intensive targeted synchronization improves the fertility of late-calving dairy cows in seasonal pasture-based systems, according to a paper in the Journal of Dairy Science Communications.

University of Missouri dairy specialist Stacey Hamilton, dairy veterinarian Scott Poock and animal science professor Matt Lucy published the paper in February 2021 with researchers from the Animal and Grassland Research and Innovation Centre in Ireland, Tuskegee University in Alabama and the University of Costa Rica.

Their data shows that early- and late-calving cows’ chances of producing a calf each year improve with targeted synchronization using an Ovsynch program with progesterone (P4, CIDR). In the studies, cows that calved after six weeks from the start of the calving season were inseminated after observed estrus or enrolled in an initial timed artificial insemination protocol and then a resynchronization protocol for a second insemination.

Cows that calve six weeks or more into the calving season are less likely to become pregnant because there are not enough postpartum days at the start of breeding or mating season with either natural or timed AI and resynchronization protocol, says Poock.

However, a Resynch program based on P4 supplementation alone and AI after detected estrus failed to improve second AI submission rates.

The group studied three southwestern Missouri herds with 391 cows in 2016. Within each calving group, researchers randomly assigned cows to P4 Ovsynch Resynch or control (no treatment) in a two-by-two experimental design.

Synchronized cows received timed AI on MSD and were not included in the statistical analysis of submission rate and interval from MSD to AI.

The proportion of cows that received a second AI was not increased by the progesterone-based resynchronization strategy but was greater in early-calving than late-calving cows.

However, resynchronization of estrus with a progesterone device only was not sufficient to increase the proportion of nonpregnant cows that received a second AI.