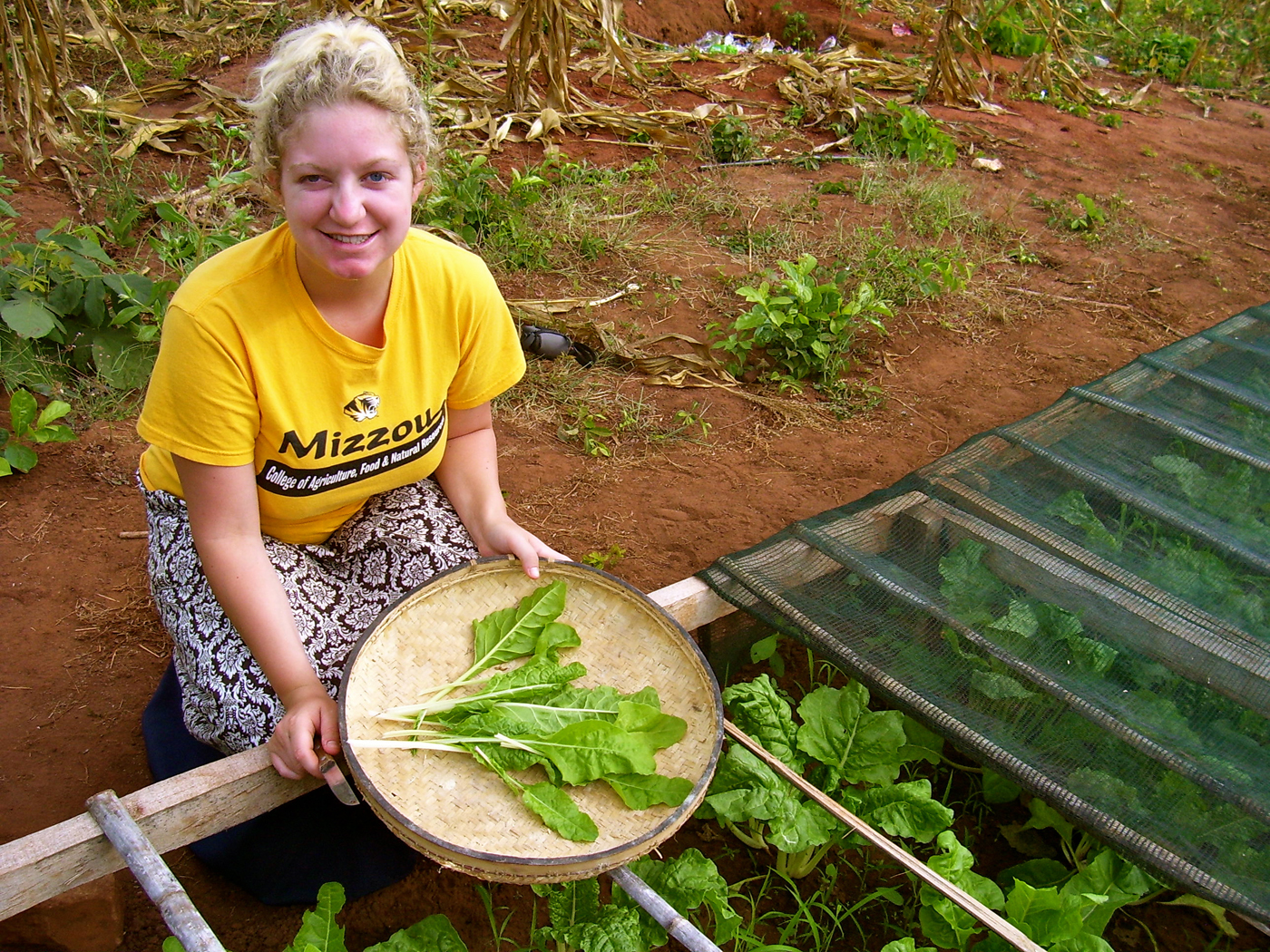 COLUMBIA, Mo.– Breanne Brammer’s summer vacation was different from that of most college students. Brammer, a senior in the University of Missouri’s College of Agriculture, Food and Natural Resources, was an agricultural development intern in Mozambique.

During her time in Mozambique, Brammer worked with an organization called Orphans Unlimited on agricultural projects to benefit an orphanage and nearby villages in the African bush.

“The goat herd was my main project,” Brammer says. “I have livestock experience, but mostly with cattle and horses, so it was a new and unique experience for me.”

The orphanage had 50-60 goats that were used as a meat source. Orphans Unlimited also gave goats to widows to raise and breed as a sustainable source of income.

“In Mozambique, having a goat literally could mean the difference between survival or not,” Brammer says.

She also processed and stored beans and corn that would feed orphans and villagers for the next year. She tended the garden, conducted an English class, taught games and activities for the orphans, and distributed food to local villages.

“Working at the orphanage made me realize how much further we still have to come to bring food to everyone,” she says. “It is a lofty and challenging goal, but I hope to see a solution for poverty and hunger in my lifetime.”

Brammer’s internship was cut short by about a month due to complications from malaria that forced her to return to the U.S. She says once again having running water and electricity is amazing, but the biggest transition was not being faced with poverty on a daily basis.

“I would encourage anyone that has the opportunity to go to a third world country, do it,” Brammer says. “Be prepared, though. It’s not a romanticized version of helping abroad. It’s reality. It is what these people live every day, and you have to respect that and learn from it. In the end it will shape your life and make you very appreciative for what you have.”

Brammer’s internship was sponsored by the biofuel company ICM and arranged by Agriculture Future of America, a not-for-profit organization that provides scholarships, leadership and career development training and other support for college students preparing for careers in agriculture.

Brammer's duties including working in the orphanage's garden. She says farming in a skirt was difficult but mandatory due to cultural norms.

Brammer's duties including working in the orphanage's garden. She says farming in a skirt was difficult but mandatory due to cultural norms. Courtesy of Breanne Brammer.

Brammer said the children she met in Mozambique were friendly and welcoming, and loved to have their picture taken.

Brammer said the children she met in Mozambique were friendly and welcoming, and loved to have their picture taken.