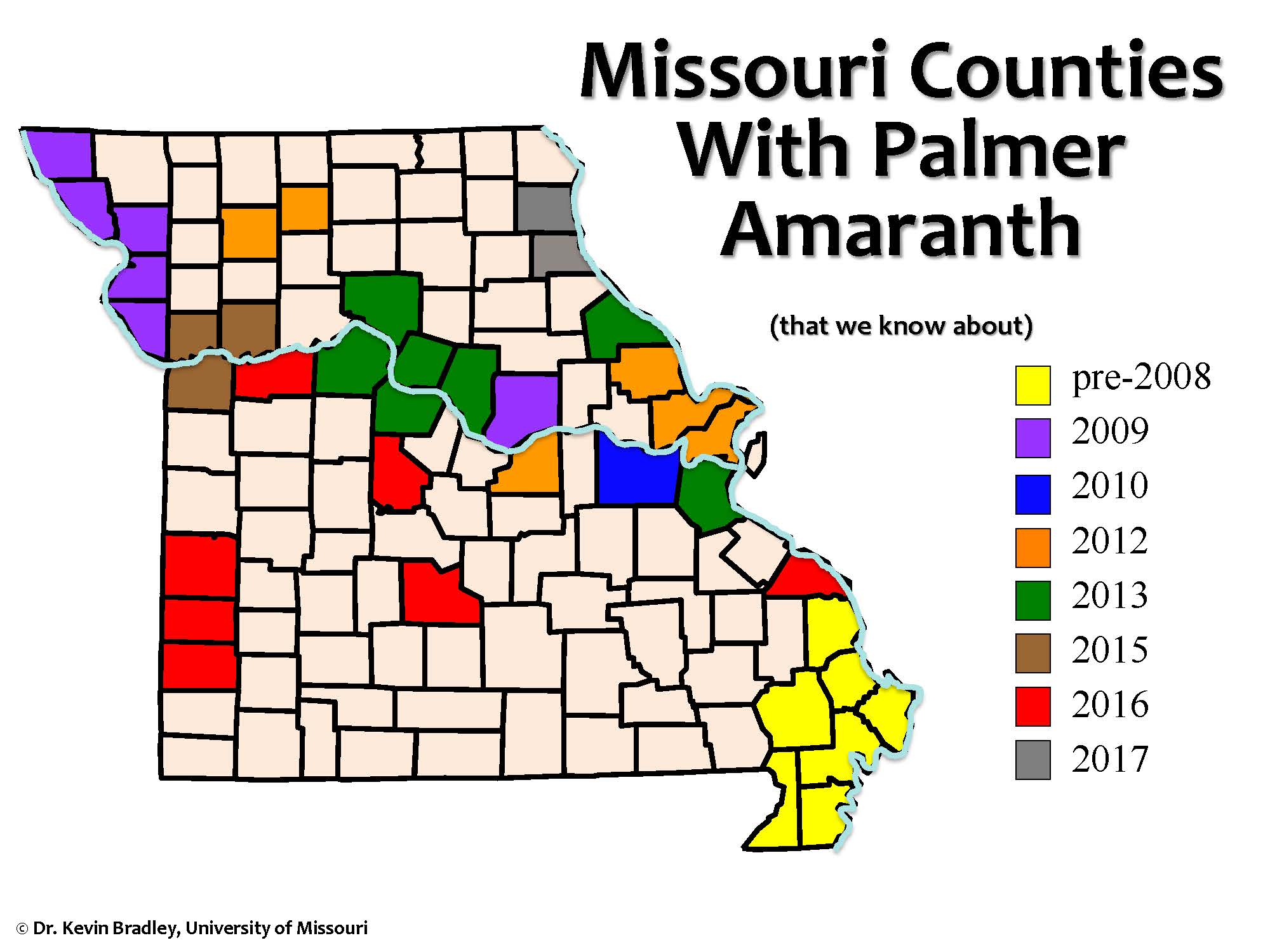 COLUMBIA, Mo. – University of Missouri researchers, under the direction of MU Extension weed scientist Kevin Bradley, are finding that pigweed seed is popping up in birdseed in alarming numbers.

Before 2008, seven counties in the Bootheel region of Missouri reported Palmer amaranth. By mid-July 2017, it had spread to at least 39 of Missouri’s 114 counties.

Oseland buys birdseed at retail outlets and screens the seed for weeds. He plants the seeds to determine type.

Oseland says he found pigweed in almost all birdseed that he screened. A pound bag alone had 8,000 seeds. Given most birdseed sells in 50-pound bags, that is a lot of pigweed.

He also found common ragweed, velvetleaf, morning glory and other weed seed. “The list is almost endless,” he says.

Oseland says birdseed mixes with millet seem to contain the most weed seeds.

The birdseed industry is not regulated.

Oseland continues his research on the presence of pigweed seed in other commercial seed mixes, including pollinator mixes for the USDA Conservation Reserve Program. CRP gives farmers financial incentives for planting the seed in its Pollinator Habitat Initiative project, which promotes the increase of fast-blooming forage legumes and other inexpensive wildflowers to improve pollinator numbers.

Palmer amaranth grows quickly. One plant can produce as many as 1 million seeds. Seeds are about the size of a pinhead.

Pollinator and birdseed mixes are among the growing number of ways that Palmer amaranth spreads. It also comes through farm equipment, waterfowl, animal feed and animal bedding. Seeds can remain viable in the soil for up to five years.

Palmer amaranth, a species of pigweed, is now in at least 39 Missouri counties.

Palmer amaranth, a species of pigweed, is now in at least 39 Missouri counties. Kevin Bradley, University of Missouri