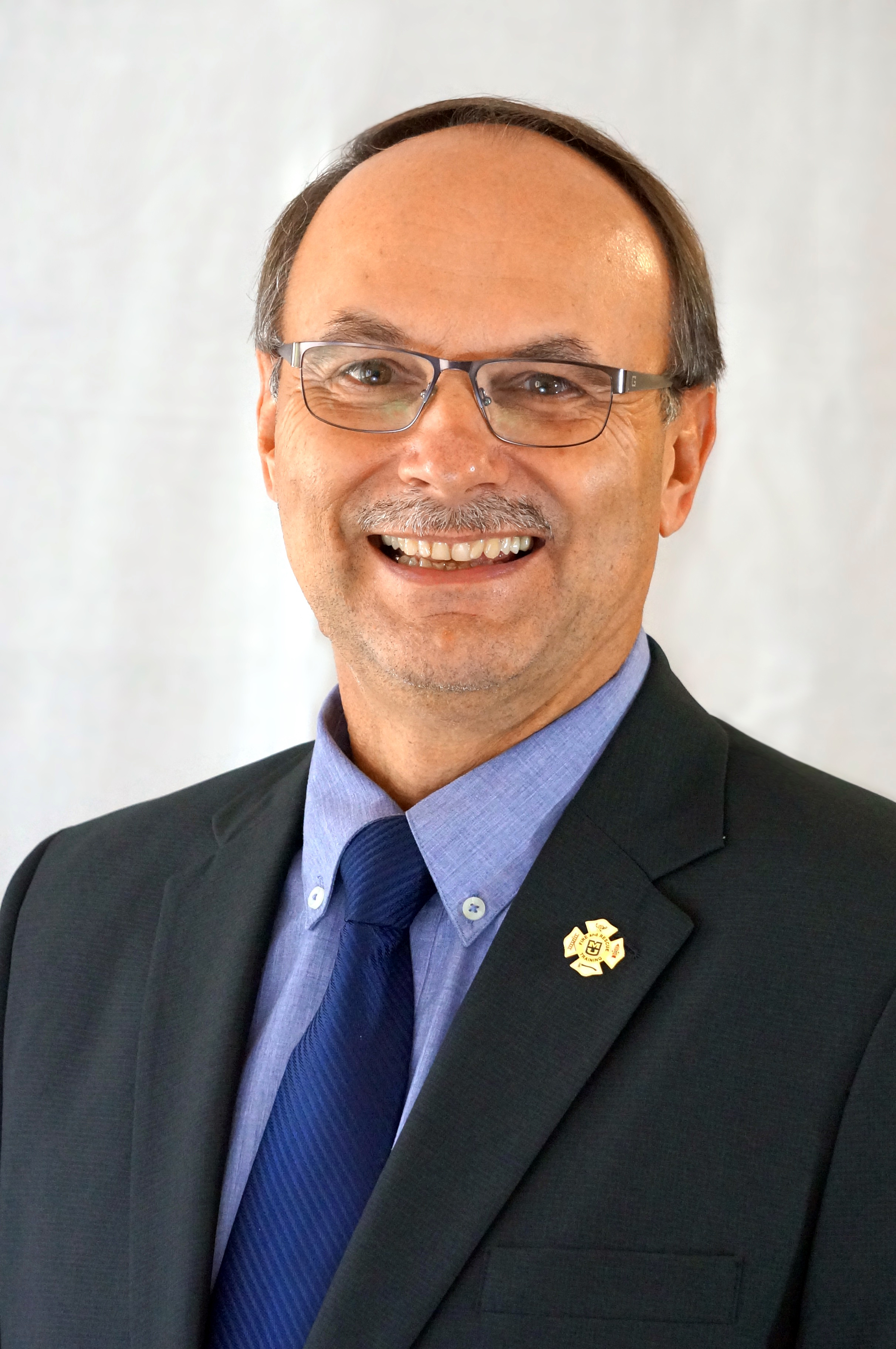 “After a distinguished career, Kevin Zumwalt leaves us with the legacy of a safer Missouri and a standard of excellence in the training of emergency service personnel,” said MU Vice Chancellor for Extension and Engagement Marshall Stewart.

Zumwalt’s association with MU FRTI began when he served as an instructor at the institute’s 50th anniversary Summer Fire School in 1983.

“Training firefighters has been a passion for me beginning in my early volunteer days with the St. Clair Fire Protection District,” said Zumwalt, who made the decision to retire earlier this year. “It has been an honor and privilege to have been a part of the institute’s rich history of providing training to fire and emergency responders in Missouri and beyond.”

MU FRTI, a continuing education unit of MU Extension, provides training to approximately 15,000 fire and emergency service first responders each year, enabling them to better protect lives and property within their communities.

Zumwalt has been involved in fire and emergency services from an early age. His father was a member and past chief for the St. Clair Fire Department, which Zumwalt himself officially joined in 1975.

Following in his father’s footsteps, he continued to volunteer as a firefighter while working in the grocery business. When the company he worked for closed, his love of the fire service led him to become a career firefighter. In 1989 he joined the Mehlville Fire Protection District. Over the years he came to realize his true passion was in training. In 1994, he went to work full-time at MU FRTI, where he has served in many capacities, including special programs coordinator, assistant director, associate director and, finally, director.

During his time at MU FRTI, he coordinated statewide conferences, including the winter and summer fire schools, Instructor Conference, Special Operations Symposium, Water Rescue Conference and other special projects. In the wake of 9-11, Zumwalt organized and restructured the institute’s technical rescue program to meet the demand for training of Urban Area Security Initiative rescue teams in St. Louis and Kansas City.

Zumwalt is known nationally for managing large conferences using the Incident Command System (ICS), the same system that fire and emergency services use to manage large incidents. He hosted several state training organizations and associations to shadow at fire schools to learn how to adapt and use ICS at their own events. He and his teams also traveled to assist and train event coordinators with the International Association of Fire Chiefs, the National Fire Protection Association and other organizations.

“Under Kevin’s leadership, FRTI has been an innovator in both curriculum content and course delivery,” Stewart said. “FRTI exemplifies MU Extension’s dynamic blend of high-tech and high-touch approaches to extension, outreach and continuing education, and I’m grateful to Kevin for his service to the university and the people of Missouri.”

Stewart said an interim director will be named in the near future. For more information about the institute, visit www.mufrti.org.

https://extension.missouri.edu/media/wysiwyg/Extensiondata/NewsAdmin/Photos/people/Kevin-Zumwalt.jpg
Kevin Zumwalt, director of the MU Fire and Rescue Training Institute, announced that he will retire in August 2020.

Kevin Zumwalt, director of the MU Fire and Rescue Training Institute, announced that he will retire in August 2020.

Kevin Zumwalt, director of the MU Fire and Rescue Training Institute, announced that he will retire in August 2020.